Food — from farm to fork and beyond — may be key to Paris emission goals, UN says 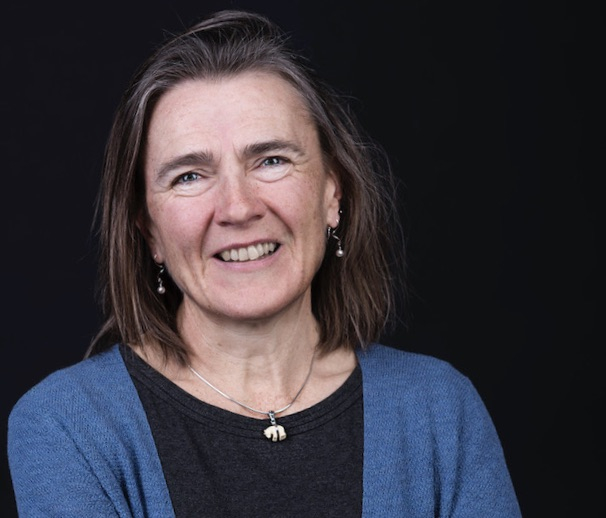 "There's a price for (cheap food) and the price gets displaced," Sophia Murphy said. That displacement, she explained, is often increased GHG emissions. Photo by the International Institute for Sustainable Development
Previous story

This is the first story in a two-part series exploring greenhouse gas emissions and food.

Food is cheap. So cheap, it’s hurting the planet.

Food systems — the paths meals take from farm to fork and beyond — are among the largest anthropogenic sources of greenhouse gases (GHGs).

They don’t need to be: A report published last week found changing how we grow, use, and dispose of food could significantly reduce emissions. And that reducing food waste and changing diets — both relatively cheap yet essential tactics — were overlooked by more than 90 per cent of countries.

“There are many aspects of the food system that are exacerbating climate change,” Sophia Murphy, a food systems and international economy expert with the International Institute for Sustainable Development, said.

“But it’s the sector that’s been one of the first to be hit by climate change, and it’s also where we can do something to reduce emissions.”

Food currently accounts for up to 37 per cent of global GHG emissions, which is driving biodiversity loss, freshwater depletion, and pollution on land and in aquatic environments.

In Canada alone, households produce 767 million tonnes of CO2 equivalents, of which roughly 20 per cent is linked to food or cooking.

Agriculture is the country’s sixth-largest emitter of GHGs and food waste — about 20 per cent of all food produced in Canada is lost or wasted — and accounts for roughly 56.5 million tonnes of CO2 equivalents.

Yet food — particularly food waste — isn’t part of most countries’ emission reduction plans under the 2015 Paris Agreement, according to the UN Environment Program report, which was co-authored with three other environmental NGOs.

The Paris pact requires signatory countries to track, cap and then reduce their emissions and submit a plan — dubbed nationally determined contributions, or NDCs — to the UN outlining how they expect to achieve these goals through domestic legislation.

About 89 per cent of these national plans, including Canada’s, have developed policies to support regenerative agricultural and other land-use changes. Very few have a specific plan to deal with food loss and waste.

“Overall, only a handful of NDCs refer to the food system approach, but these mostly remain focused on the stage of food production and not the later stages where large emissions from food loss and waste and diets and consumption occur.”

Canada is no exception.

In the country’s last submission to the UNFCCC — the UN body that manages the Paris Agreement — funding to reduce emissions from the agricultural sector dominated, with minimal policy proposals to reduce food waste and encourage diet changes.

That might be changing. Last year, the federal government launched the Food Policy for Canada, a “roadmap for a healthier and more sustainable food system” Agriculture and Agri-Food Canada wrote in an email.

The plan includes $134.4 million in funding over the next four years. About 19 per cent of this money is slated to help reduce food waste.

“Waste is a symptom of a problem elsewhere in the system,” Murphy, the food systems expert, said.

Canada’s food system is wasteful by design and the costs of that waste — hidden from consumers — are offloaded onto farmers, farm workers, food banks, and the environment.

“Go back to farming and ask who is making money,” Murphy said.

For the past several decades, the cost of food production has far exceeded farmers’ gross incomes because high land, fertilizer, and other inputs costs have consumed roughly 95 per cent of that income. Canadian farm debt now sits around $106 billion — almost double the rate in 2000.

Meanwhile, the prices farmers receive for their product have remained relatively stable, even if prices have increased for consumers. The excess has resulted in profits for grocery chains, processors, and other middlemen or it has been lost through inefficiencies in the system — including about $50 billion annually worth of wasted food.

That waste is built into Canada’s food system.

“Corporations aren’t concerned with getting us all the food we need,” Paul Taylor, the executive director of FoodShare Toronto, said in an interview last month.

“They’re concerned with making the most amount of money — and that’s what leads to much of the food waste that we see.”

Charities and food banks receive some of this excess to distribute to the one in seven Canadians who go hungry, but it’s not a long-term solution. Creating more equitable and socially and ecologically resilient local food systems is a more effective approach, Taylor explained.

Those kinds of food systems transformations will also impact GHG emissions and are among the approaches recommended in the UNEP report. Suggested policy solutions range from promoting agroecological farming practices to facilitating access to healthy and sustainable food.

“There are many ways to produce food, and they all have different (climate) implications,” she said.

The question is which ones Canada will choose.

You probably know the story

Just what are the changes in

Just what are the changes in diet that need to be encouraged? Let me quote directly from the "Diets for a Better Future" report linked to in this article:
“[A] large body of work has emerged on the environmental impacts of various diets, with most studies concluding that a diet rich in healthy plant-based foods and with fewer animal source foods confers both improved health and environmental benefits. … [A]chieving healthy diets from sustainable food systems for 10 billion people by 2050 is possible, but only through an unprecedented global transformation of the food system that includes a significant reduction of animal source foods in countries where they are over consumed, along with a halving of food loss and waste and significant changes in food production practices.”