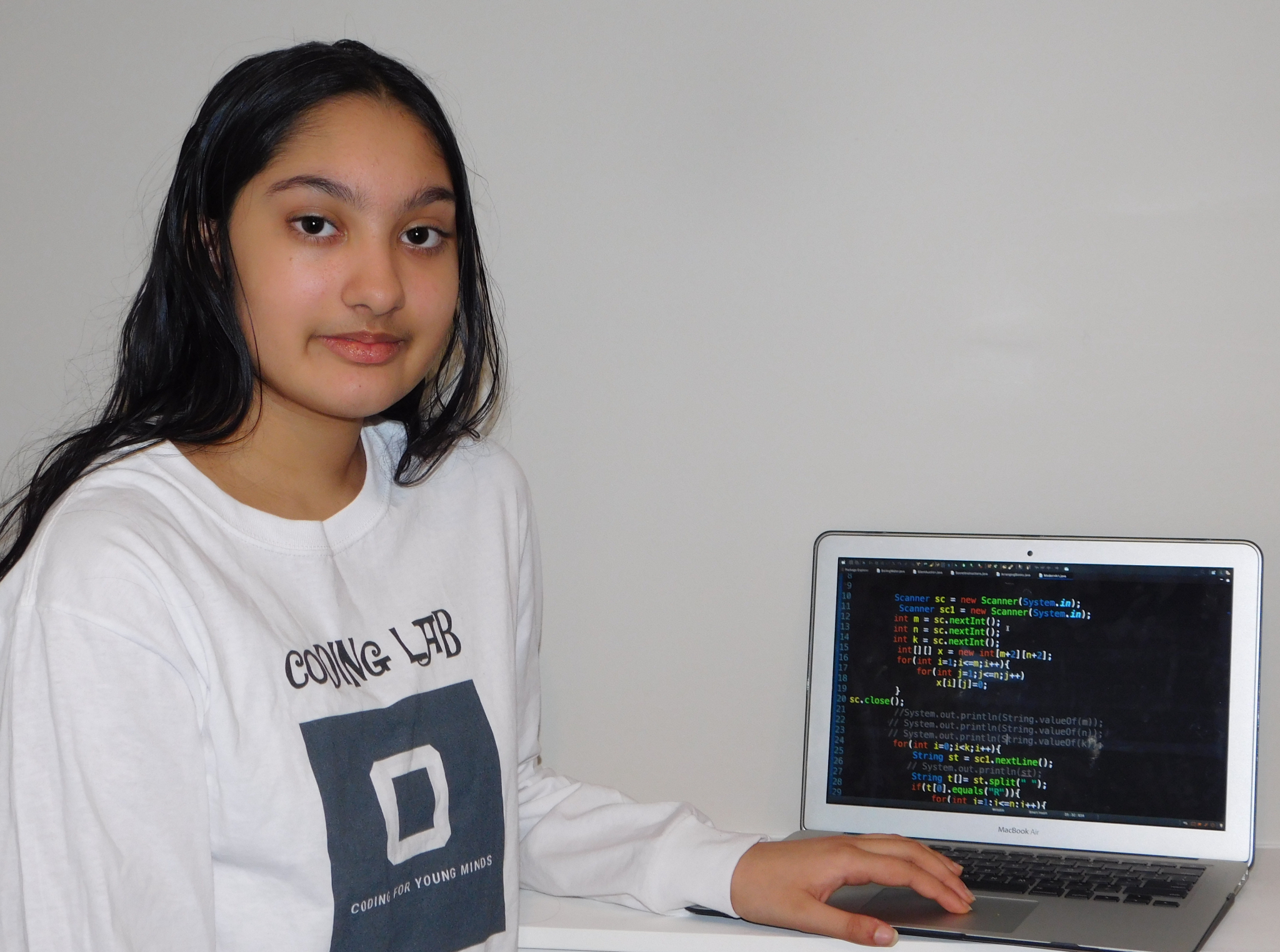 Arya Peruma created Coding for Young Minds in 2019 and hopes it can help spark a passion for computer science among young students, especially those who might struggle to access it. Photo supplied by Arya Peruma
Previous story
Next story

Arya Peruma got into coding at the age of seven, and the 15-year-old from Mississauga is now helping educators spark that same passion in more elementary students while also boosting the efforts of girls and other youth often underrepresented in technology.

Peruma is currently researching DNA microarrays to see if artificial intelligence can be used to predict someone’s risk of developing cancer, but the 10th-grader has yet to take a dedicated computer science class, which, in Ontario, is first offered in Grade 11.

“By then, it’s already too late to learn,” she says. “The passion for the subject matter starts when you're really young, and in order to spark the interest, you have to be exposed to it, and the younger the better.

“It’s something that is really vital and crucial to learn, not just if you want to go into the field of computer science or programming, but it’s something that will develop cognitive skills, critical thinking and so many more really integral problem-solving skills.”

Coding concepts are included as early as Grade 1 in a new math curriculum the Ford government unveiled last year.

“This is definitely a step in the right direction, but I think more needs to be done,” Peruma says.

To help spread the word, she started the Coding for Young Minds community group in 2019. So far, some 5,000 students around the world have taken up her offer of free live tutoring sessions on various aspects of coding and programming.

“It's really important to me because especially thinking back to how many barriers they were for me to access supplemental education, it made me think that if I have these barriers, what would the barriers for other students be?” she says, pointing out that online programming and coding classes can be prohibitively expensive and not particularly approachable for younger learners.

Top tech companies like Apple, Facebook, Microsoft and Google have consistently reported workforces made up overwhelmingly of white and Asian men since the companies began releasing diversity reports in 2014, a fact critics say creates a web of subtle biases that exclude minorities.

Peruma will be taking her project to another level this year, creating a three-part free virtual workshop series for educators wanting to know how to engage their students in the topic.

Arya Peruma is currently researching whether artificial intelligence can be used to predict someone’s risk of developing cancer, but the 10th-grader has yet to take a dedicated computer science class — in Ontario, those aren't offered until Grade 11.

“One thing I really like to be able to do is connect everything back to real life,” she explains. “When you're talking about algorithms with younger students, we can compare it to a cooking recipe and tell them that it's a step-by-step procedure just like a cooking recipe.”

Late last year, Peruma helped cut the ribbon on an in-person coding lab in Mississauga. For now, she mostly uses the space to host her virtual tutoring sessions, but once COVID-19 restrictions are relaxed, the space will offer local students access to equipment including a 3D printer and tailored training to accommodate special needs.

I was self-taught in coding

I was self-taught in coding at 13, when this involved going to the University and snitching some student's "account card" from the bin of discarded punch cards, then using it to run your own card decks through the reader to the mainframe.

Soon after, we kids discovered the teletypewriters that had on-line connections into the minicomputer, and learned BASIC.

That was fifty years ago, this year.

From that perspective, I advise young people to learn...the Excel spreadsheet. And I write that with gritted teeth, as a dedicated Microsoft-hater. But Excel is their one really fine product. Learning spreadsheets teaches you "Functional programming" where a problem is solved WITHOUT step-by-step procedures, but by building up larger and larger functions.

Thing is, that isn't a great way to solve every problem. Excel then gives you "VBA", Microsoft's own version of that same sixty-five-old BASIC language I learned in 1971 - and it's customized for managing a spreadsheet. It's a hated language for heavy programming, but perfect for student work, and simple programs that are often all that is needed to turn a hard-to-use spreadsheet into an easy game. It's just a hugely PRACTICAL thing to learn - even if you don't become a professional programmer, your ability to solve really hard spreadsheet problems by adding a little code will make you the office magician...in almost any office that pushes around any kind of information.

But it all does come down to starting early, and putting in the time, solving problem after problem; it's a skill that improves with practice.