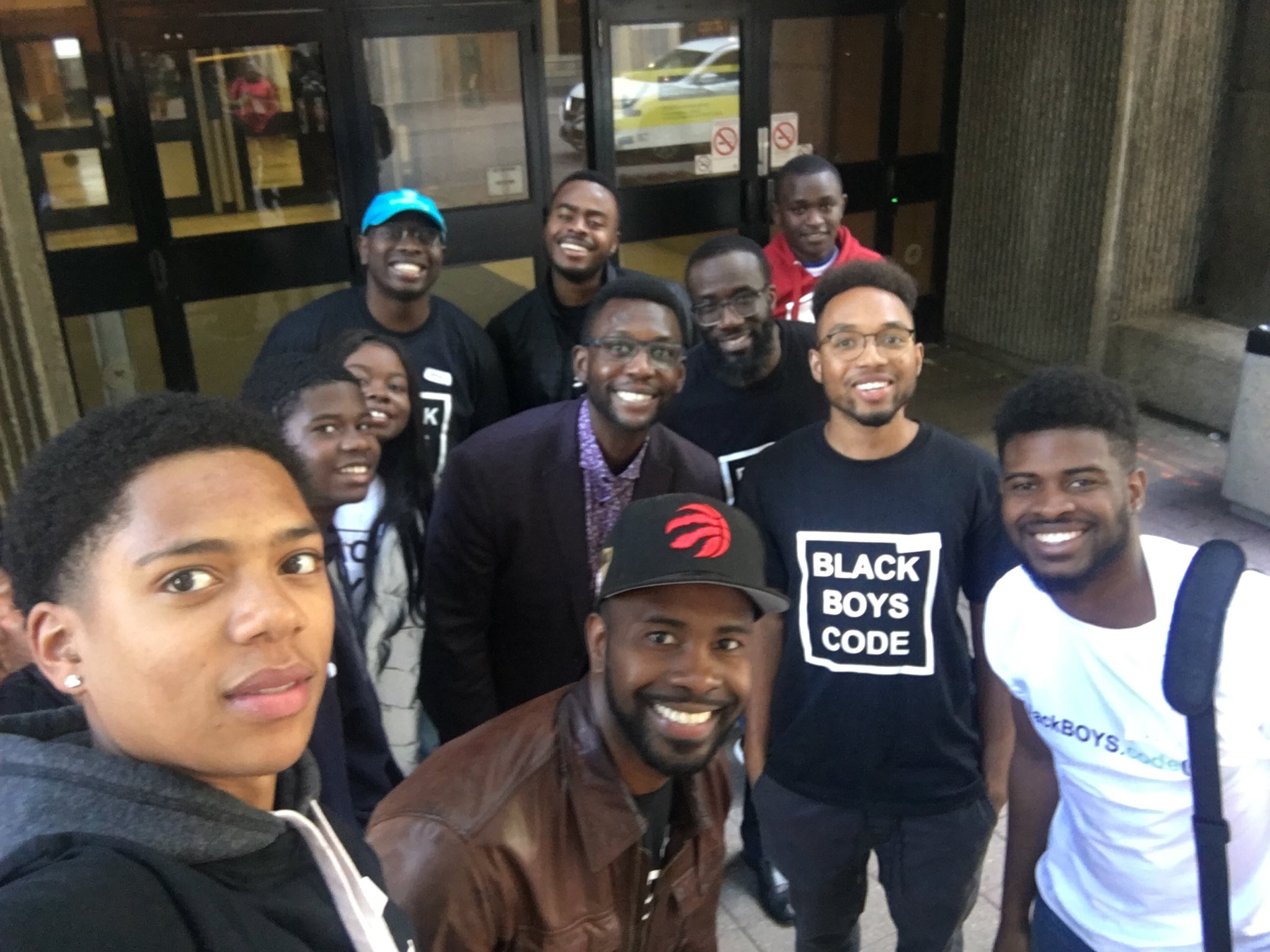 When Lawrence Eta addressed a classroom of young Black boys completing a coding class last year, he gave them something he never had growing up: A tech mentor who looks like them.

The City of Toronto’s chief technology officer, echoing the founders of two initiatives providing free tech training to young people of colour in the city, says showing them they can make it in tech can have a transformative effect.

Bryan Johnson, who founded Black Boys Code in Vancouver in 2016 and has since expanded it to cities across the country with particularly strong uptake in Toronto, puts it another way.

“When we’re talking to youth who live in Toronto community housing, who live in Regent Park, they don’t often think it’s possible because they don’t see the diversity in the tech sector,” said Takara Small, the founder of Venture Kids, which helps expose children living in underserved communities to coding and entrepreneurship.

The project also arranges visits to tech companies and innovation hubs where the students meet people of colour and recruiters focused on trying to bridge the diversity gap.

Thanks to #blackboyscode for the opportunity to share some inspirational words to future tech leaders. In addition thanks to ⁦@RyersonU⁩ for promoting utilization of space to #notforprofit groups. pic.twitter.com/0Huaos0Y62

She estimates around 150 young people have completed the six-week courses her tech sector volunteers have, since 2018, run all day on Saturdays at libraries in the communities they address.

Two youth-focused projects, @blackboyscode and @VentureKidsCan, are working to solve the technology industry's diversity problem by training the next generation of coders of colour

“Providing them with both (coding and business skills) is critical for long-term success in the technology industry, because the barriers to entry are high, but the barriers to success are that much higher,” she said, citing steep institutional challenges.

Even the fact that a typical tech career path will often start with an unpaid or low-paying internship, for example, can put that first rung of the ladder out of reach of low-income young people, she said.

African-Canadian, Latin-Canadian, and Indigenous people are largely missing from the boards of directors and executive ranks of tech incubators across Ontario, according to an 2018 report from Innovate Inclusion, which advocates for more inclusion in tech.

Two-thirds of Black employees in Toronto’s tech scene report facing bias based on their identity compared to less than half of their white colleagues, according to a 2018 report from the MaRS Discovery District innovation hub.

Women, younger people, Indigenous people and workers with a disability were also more likely to feel their workplaces were not diverse or created a sense of inclusion, the report showed.

It’s a situation that could, in fact, also be holding the tech companies back; global research from consultancy firm McKinsey & Company shows that companies with the most ethnically diverse executive teams are likely to be more profitable.

While Venture Kids goes to the communities it serves, Black Boys Code hosts its coding classes at university and colleges across the country in order to present the campuses as a safe space.

“The theory or expectation is that when they become 18 or 19 years old, they continue on to post-secondary education,” Johnson said.

The COVID-19 pandemic has created some challenges for both projects, resulting in scaled-back ambitions for now.

But both are running online training and making sure equipment gets to those without access, and in Venture Kids’ case, adding a wellness component to the shortened classes.

Mihnea Galeteanu got involved with Venture Kids about 18 months ago when Small was looking for some laptops to lend to children who needed them in order to engage in the programming.

He said he was troubled by the gap between the wealth of Toronto’s Bay St. financial district while a few streets over, high school students were struggling without the basic necessities from a tech perspective.

He convinced his company, loyalty program startup Points International, to help out, and gathered some volunteers from the company’s workforce to provide mentorship.

Galeteanu said that when he came to Canada more than 20 years ago, he felt like he faced an uphill battle to get into the industry, but has since realized the challenges are far greater for others.

“As a white male, it’s really important that we speak out and try to call out the privileges that we have, acknowledge them, and then do the work that is required to change the face of tech,” he said.

“Not just in Toronto, but in general.”