The clouds of diesel exhaust choking the capital feel ominous. Vaccine mandates might have sparked the trucker convoys, but there’s no doubt the same outrage can be galvanized against carbon taxes or clean energy. There’s a clear lineage between the truck protests, Yellow Vests, and “ethical oil.” This is not a movement seeking freedom from the ravages of an angry climate.

This week, the federal Conservatives abandoned their brief, tortured flirtation with climate policy. The party will reset to policies adopted at the last Conservative convention — the one where members voted down an anodyne proposal to recognize climate change as “real.”

The attempt to move the party into the broad Canadian consensus on climate change lasted less than a year.

Prominent Conservative leaders have spent the last decade fomenting opposition to climate action and riling up their base. They’ve boxed themselves outside mainstream opinion by deriding clean energy and claiming carbon pricing and the energy transition would “screw everyone.”

Now the party seems poised to anoint Pierre Poilievre its next leader and nail that box shut. Poilievre is an angry enthusiast for “ethical oil” and one of the most vocal critics of pollution pricing and energy solutions. Also, a formidable organizer and talented politician.

One of the main reasons for Poilievre’s popularity in his party is that he takes clear positions. Last year, he rose in the House of Commons to give a speech promoted on his YouTube channel with the title: “You want environmental labeling on products? Fine: I’ll write the label now.”

You can probably imagine the kind of labels he offered to write, but it’s worth watching a few minutes to get some insight into “Pierre Poilievre for Prime Minister.” He suggests labels touting the “clean, green oil produced in Canada,” but also warning labels against electric vehicles.

There’s good evidence that responsible climate policy would help the Conservatives with the swing voters they need to form government. And some prominent Conservatives are mounting an effort to make that case within the party.

Lisa Raitt, a former federal minister, joined up with long-time insider Ken Boessenkool and former Alberta minister Jim Dinning to launch Conservatives for Clean Growth. “Do you agree it's critical for the Conservative Party of Canada to have a credible plan on the environment?” the group asks on its website.

Conservatives for Clean Growth says it will “work with any Conservative Party of Canada leadership candidate to develop a credible climate, energy and economic plan.”

Does the new group stand any chance of success in the current context of right-wing anger, anti-elite sentiment and rising fear over affordability and inflation? Those clouds of diesel smoke in Ottawa aren’t promising.

But we should wish them well. The Trudeau Liberals have been in power since 2015. Even in more normal times, the public would soon be ready for change. And the jurisdictions that are making the most progress on climate are those where broad public support is least subverted by the distortions of politics.

Yes, it’s only February but California is already suffering wildfires and issuing heat warnings. This weekend’s Super Bowl may kickoff under record temperatures.

⚠️ HEAT ADVISORY⚠️ now in effect from Wed morning through Sun afternoon. Highs will reach 85-90 degrees each day: 15-20 degrees above normal! This can lead to wintertime heat stress, especially those who are not used to this kind of heat. Take extra precautions this week.#CAwx pic.twitter.com/x21OYL97SO

Super Bowl ads are always a cultural touchstone and this year’s promise to be electrifying. Big Auto will be promoting its newfound enthusiasm for EVs. American companies like GM and Ford will compete with Kia and BMW for the game’s most valuable ad. BMW has lined up Arnold Schwarzenegger to play Zeus opposite Salma Hayek’s Hera. 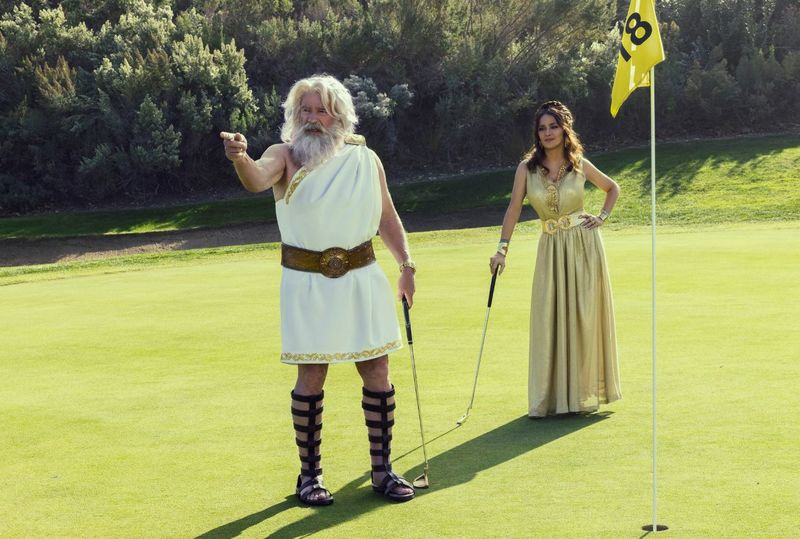 A new report out this week echoed the International Energy Agency’s finding that a 1.5-degree world has no room for new fossil fuel projects. And Canada’s environment minister has to decide very soon whether to approve a massive new floating oil operation off the coast of Newfoundland.

The Bay du Nord project is actually three separate oil fields over 1,000 metres deep. It was initially thought to hold 300 million barrels of oil but more recent estimates peg it closer to a billion recoverable barrels. The lead company, Equinor, is planning a vessel capable of 200,000 barrels per day.

The federal cabinet is reportedly split over its approval. Writing in Le Devoir, Alexandre Shields calls it “Un premier test pétrolier pour Steven Guilbeault” (but I think we all know the Prime Minister’s Office may have a say in the matter).

Canada's pension fund commits to net-zero, but no promise of divestment from fossil fuels

The Canada Pension Plan announced plans to double its green investments and set itself a 2050 net-zero target. Climate advocates welcomed the CPP’s belated attention to the issue, but noted the investment board did not release any plan that would actually meet the objectives or protect Canadians’ pensions.

“The strategy contrasts somewhat with the more aggressive stance taken by Caisse de dépôt et placement du Québec, Canada’s second-largest pension fund manager, which committed last September to phase out investments in oil production by the end of 2022 as part of its updated climate strategy.”

Members of the Gidimt’en Clan of the Wet’suwet’en Nation appealed to the UN Human Rights Council to investigate ongoing human rights violations and militarization of their territory. And over 150 non-governmental organizations signed a protest letter calling on RBC and 26 other financial institutions to pull out of the Coastal GasLink pipeline.

I’m sure you’ve been following the growing movement to ban gas hookups to new homes. Vancouver has been able to move against methane gas, but most Canadian cities are at the mercy of provincial building codes, reports Cloe Logan:

“Cities only have so much power. In a statement to Canada’s National Observer, the City of Toronto said it “does not have the authority to deny permits based on choice of fuel source.”

In fact, Ontario’s provincial government is working to expand gas hookups in the province. If you’re interested in the topic, Energy vs Climate brought Bruce Nilles onto its latest pod to discuss gas in Canadian homes.

Famine is once again stalking Ethiopia. UNICEF has been warning about the region for months and The Guardian reports over 6.8 million people will be in urgent need of humanitarian assistance by mid-March:

“We have had the failure of three consecutive rainy seasons,” says Gianfranco Rotigliano, UNICEF’s country director. “If in April the rain comes, things will get better. But, if not, then we will have something that is comparable to what we saw in 1999 or 1993 to 1994.”

You can find UNICEF’s appeal for donations here.

Germany’s new coalition government appointed a foreign minister from the Green Party and she has recruited Jennifer Morgan, the head of Greenpeace International, to lead the country’s international climate efforts. Germany is hosting the G7 this year.

“In the 21st century, climate politics is also geopolitics. That’s why it belongs in the foreign office,” said the German foreign minister.

Submission deadline is soon — Feb 25 — at this link.

A 7,000-square-foot solar wall is going up in Etobicoke, Ont. Instead of the usual solar panels, the project is deploying building-integrated photovoltaics (BIPV, for you acronym-lovers).

The wall will generate 90,000 kWh of power per year and the company installing the wall, Mitrex, is also based in Etobicoke. The BIPV sector had been dominated by companies like Spain’s Onyx Solar, but Mitrex along with other Ontario manufacturers like Elemex have been installing BIPV across Canada, especially in markets like Alberta (most prominently on the Edmonton Convention Centre) and in Quebec where BIPV roof panels are producing both power and heat.

I’ll leave you with a recommended-read by Erin Brockovich (Yes, that Erin Brockovich). This lawyer should be world-famous for his battle with Chevron — but he’s in jail delves into the truly bizarro case against Steven Donziger, who represented Indigenous land defenders in the Ecuadorian Amazon in their battle against Chevron.

“Chevron is accused of polluting the Amazon for 26 years. The only people who’ve paid the price are a human rights lawyer and those whose land was poisoned.”

Energy vs Climate: Natural Gas in the home

The Guardian: ‘We pray for rain’: Ethiopia faces catastrophic hunger as cattle perish in severe drought

The Energy Mix: New solar wall in toronto is North America’s biggest ever

Some good pics in this CBC article: Solar windows, shingles and cladding? The building itself is now the solar panel