Vladimir Putin’s bombing of Ukraine has forced a reckoning with the role of banks and Big Oil fuelling the Kremlin’s war machine. We’re also going to have to reckon with our fossil and financial entanglements with Putin’s friend “without limits,” China’s Xi Jinping.

Let’s start with what we’ve learned about the links between Canada and Russian oil and gas. The timeline is a crucial context to keep in mind. In last week’s newsletter, we looked at Rosneft’s stake in the oilsands up to 2020. At that point in the timeline, the industry and its promoters had been willing to overlook Russia’s invasion of Georgia, the savagery in Chechnya, the horrendous barrel-bombing of Syrian civilians, as well as Russia’s first invasion of Ukraine and the years of military operations in the east.

Canadian banks have been just as willing to turn a blind eye, as have our insurance companies, pension and asset managers. John Woodside reported this week that Canadian banks and insurance companies are pouring millions into Russian oil and gas. Research from Stand.earth “shows Manulife, RBC, CIBC, BMO and others have collectively financed Russia’s three largest oil and gas companies — Gazprom, Lukoil and Rosneft — with more than US$110 million worth of investments.”

So the pension funds for BC, Alberta (!), Quebec are all moving quickly to divest from Russian companies but we have heard nothing from @RBC, @TD_Canada @scotiabank @cibc @BMO @nationalbank

Canada’s financial dealings are not nearly as oil-soaked as those in “Londongrad,” but they are pervasive among money managers. There was major outcry in B.C. this week when news surfaced that even the public employees’ pension fund was investing in Russia’s state-owned banks, as well as all of its big three fossil companies. The fund managers capitulated and agreed to sell after MLAs forced debate on the floor of the provincial legislature.

All of a sudden, much of the world is embracing the wisdom of divestment.

“The rapid divestment of Russian oil and gas assets demonstrates that, contrary to pension funds' previous statements, divestment is a legitimate and effective tool,” says Patrick DeRochie with Shift Action for Pension Wealth and Planet Health — an initiative that monitors the fossil fuel and climate-related investments of Canadian pension funds. “There are other ongoing geopolitical conflicts, human rights violations, and global crises, such as climate change, for which pension funds should use this tool as well.”

Let’s circle back from finance to the Canadian oil and gas industry itself, with all its promotional maple leaves and its appeals for “domestic” extraction and new pipelines as pure as maple syrup. It turns out those steel pipes are coming from companies run by Russian oligarchs.

Both the Coastal GasLink pipeline and the Trans Mountain expansion are being built with pipe from Evraz, which is controlled by three Russian billionaires who have been on the U.S. Treasury Department’s “Putin list” since 2018. (You can read all about it in Max Fawcett’s, Jason Kenney has a Russia problem.)

“Oh well, all the pipe has already been bought and shipped” — that’s been much of the response this week. Which is why it’s so crucial to hold that timeline of Russian atrocities as context.

Evraz makes the pipe in Canada. Its controlling shareholder is Roman Abramovich. Abramovich has a very long history with Putin and made his early fortune after mysteriously gaining control of oil companies after the fall of the Soviet Union. Not for nothing, Abramovich may have the single largest carbon footprint on the planet, due mostly to his “yachts.” 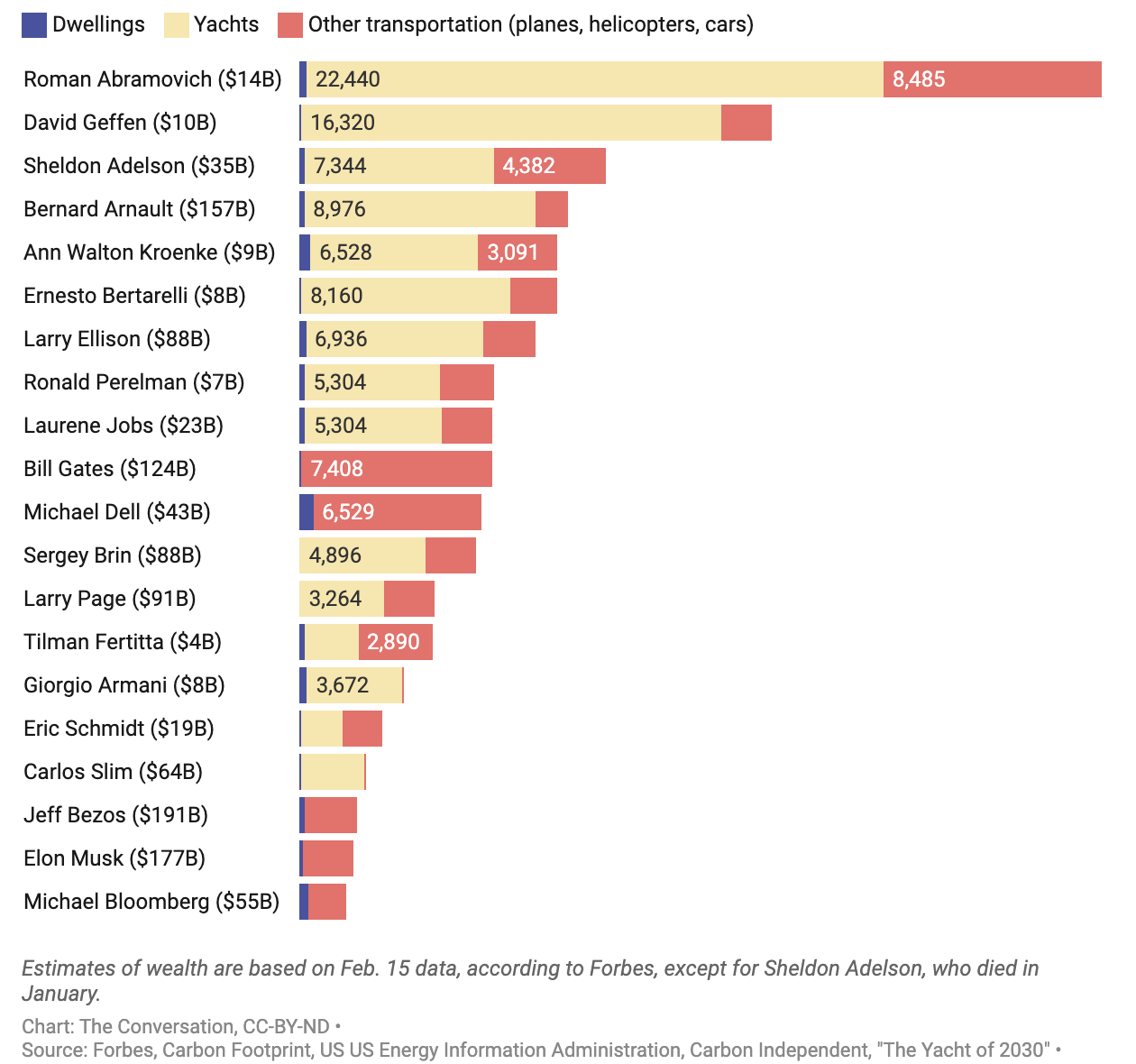 We could delve deeper into the Canadian oil industry’s partnerships with Russia — why on earth is the University of Calgary a “strategic partner” on the petroleum engineering programs at Russia’s state universities, for example? But those oligarch-steel pipelines are also conduits to another dictatorship: Putin’s one great ally, China’s president for life Xi Jinping.

Canada’s fossil and financial partnerships with China are deep and widespread. We’ll have to sidestep the financial ones for now, but let’s take at least a glimpse into the fossil entanglements.

China’s big three — CNOOC, PetroChina and Sinopec — all have oil and gas operations in Canada. Until the plight of the two Michaels made it unseemly, Canadian government and industry missions were travelling to China actively courting more Chinese involvement in the oilsands and gas industries.

The Coastal GasLink pipeline is being built to supply gas to “LNG Canada” on the coast of British Columbia. I put the company name in quotation marks because it’s a consortium with Sinopec as a major owner (the consortium itself is run by Shell).

The consortium is building the LNG terminal with modules built in China by Sinopec and the China National Offshore Oil Corporation (CNOOC — which also bought Nexen’s oilsands projects in Alberta and shale gas in B.C.).

The federal government actually exempted LNG projects from tariffs on Chinese steel that were imposed after the Canadian International Trade Tribunal found companies were dumping subsidized steel into Canada.

And all that is before we get to the question of where industry has been so eagerly hoping to sell the gas from LNG Canada and the oil from the Trans Mountain expansion.

Finally, we can’t ignore the Chinese dictatorship’s current stranglehold over so many of the ingredients needed to transition to clean energy.

China now produces about 80 per cent of the world’s solar panels. Chinese companies are estimated to dominate even more of the industry in rare earths and most of the processing for other metals and minerals to make batteries, wind turbines and solar panels.

As you probably know, the Chinese government declared its friendship “without limits” with Russia just before Putin’s attack on Ukraine. The government abstained from condemning Russia at the UN, and the Chinese Communist Party’s propaganda machine has been blaming the United States and the West for the invasion, a term its officials pointedly refuse to use.

The implications for our governments should now be clear. In the words of Ukraine’s representative to the IPCC, Svitlana Krakovska: “Climate change and the war on Ukraine have the same roots — fossil fuels — and our dependence on them.” We have to end that dependence and reverse another growing one: our dependence on a dictatorship that controls the pathway off fossil fuels.

With the world focused on Putin’s shelling of Ukrainian cities, the new climate report from world scientists didn’t get much attention. The Intergovernmental Panel on Climate Change issued its report on impacts and adaptation. These reports summarize the work of hundreds of scientists over recent years and generally don’t offer many surprises. But this one did (at least for those who haven’t lived through the last few months of heat domes, fires and floods in Western Canada).

2) The surprise is in the IPCC's WG2 report. It shows that climate change impacts (at a given level of warming) are worse than anticipated. Our society is more vulnerable than we expected and adapting to future changes in temperature will be harder than we thought.

“Minor, marginal, reactive or incremental changes” won’t be enough and urgent adaptation has been delayed by misinformation and the politicization of climate science in North America.

You can read about the Canadian implications in Canada must prepare for more climate catastrophe, environment minister warns

One-hundred and 18 environmental groups, civil society organizations and academics called on the federal government to reject the Bay du Nord project — a massive deepwater oil proposal off the coast of Newfoundland. An yea-or-nay was expected Friday but instead the feds announced they would extend the timeline another 40 days.

“The Bay du Nord project poses significant environmental risks and it would undermine the urgent global effort to reduce emissions and protect climate stability. Instead of expanding oil production, our priority challenge right now is managing a wind-down of oil production that allows workers and communities to seize the benefits of the low-carbon energy transition,” said Angela Carter, a professor at Waterloo and member of the Newfoundland and Labrador government’s Net-Zero Advisory Council.

Following talks in Nairobi, the United Nations “approved a landmark agreement to create the world's first-ever global plastic pollution treaty on Wednesday, describing it as the most significant environmental deal since the 2015 Paris climate accord,” reports Thomson Reuters.

The treaty would cover the “full lifecycle” of plastics from manufacturing through disposal and is supposed to be negotiated over the next two years.

Doctors call for ban on ‘fossil fuel promotion’ in schools

FortisBC — the province’s gas company — has been distributing a program called “Energy Leaders” to schools in British Columbia and doctors are pushing back.

“Dr. Lori Adamson, an emergency doctor in Salmon Arm who spearheaded the campaign, said she was shocked when she realized the school materials her seven-year-old son brought home one day were designed and promoted by FortisBC,” reports the Vancouver Sun.

“It’s bold propaganda,” Adamson said. “To see a fossil fuel company providing these biased materials to my child about what science is, I just couldn’t believe it.”

We’ve been looking at Canadian steel plants making the shift away from coal and installing electric arc furnaces. Residents of Sault Ste. Marie were invited to an open house and community consultation on Algoma Steel’s transition.

Soo Today reports that residents were enthusiastic: “It’ll be like living on a new planet. I think it’s been a long time. A lot of people wished that this phenomenal transition of the plant would happen,” said local inn owner J.J. Hilsinger. It will be a “new era for the city of Sault Ste. Marie to stand up and continue to grow greener.”

Construction has started on the Inuvik wind project, which aims to reduce the town’s diesel use by three million litres per year — about 30 per cent of the total.

Ken Kyikavichik, grand chief of the Gwich’in Tribal Council, says: “The reduction in greenhouse gases and associated carbon footprint from fossil fuel power generation in the Beaufort Delta can only assist in combating global climate change — the effects of which we face on a daily basis.”

I’ll leave you with the story of the Ukrainian delegation’s struggle to finalize the IPCC report while under Russian attack and the surprise apology from the Russian head of delegation. I suggest Inside Climate News’ Finalizing the IPCC Report From a Ukrainian Bomb Shelter and the report from Agence France-Presse: Russian official apologizes for war in Ukraine at UN climate meet.

Doctors call for ban on ‘fossil fuel promotion’ in schools