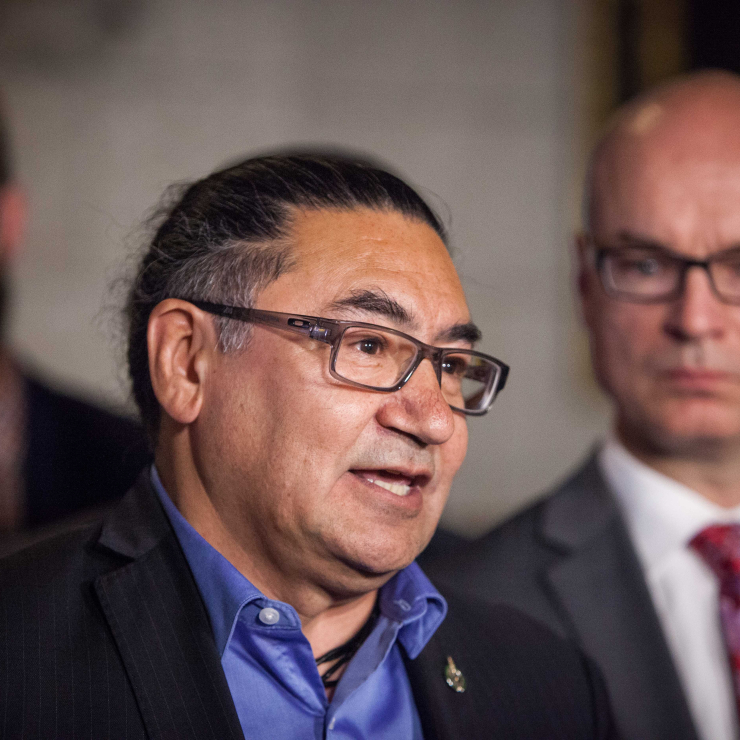 Romeo Saganash was born on the shores of a lake in his parents’ tent on their traditional territory in north-central Quebec. The only language he heard and spoke for the first seven years of his life was Cree.

At the age of seven, he was among 27 Cree children taken from their homes to attend French-language schooling in La Tuque, Quebec, where he lived for 10 years, completing his schooling in French.

He served his Cree Nation in various capacities after attending law school at the Université du Québec à Montréal. In 1989, he became the first Cree person to receive a law degree in Quebec. He was elected to become the deputy grand chief of the Grand Council of the Crees, the political body which represents the interests of the Cree Nation vis-à-vis provincial and federal governments, as well as internationally.

Romeo was encouraged by then-NDP Quebec lieutenant Thomas Mulcair to consider running for the office of Member of Parliament. He was elected in the 2011 federal election to represent Abitibi—Baie James—Nunavik—Eeyou and in the 2015 federal election, Romeo was re-elected to a second term before leaving office in 2019.

The current Bill C-15 is based on his bill and is now being debated in the Senate.