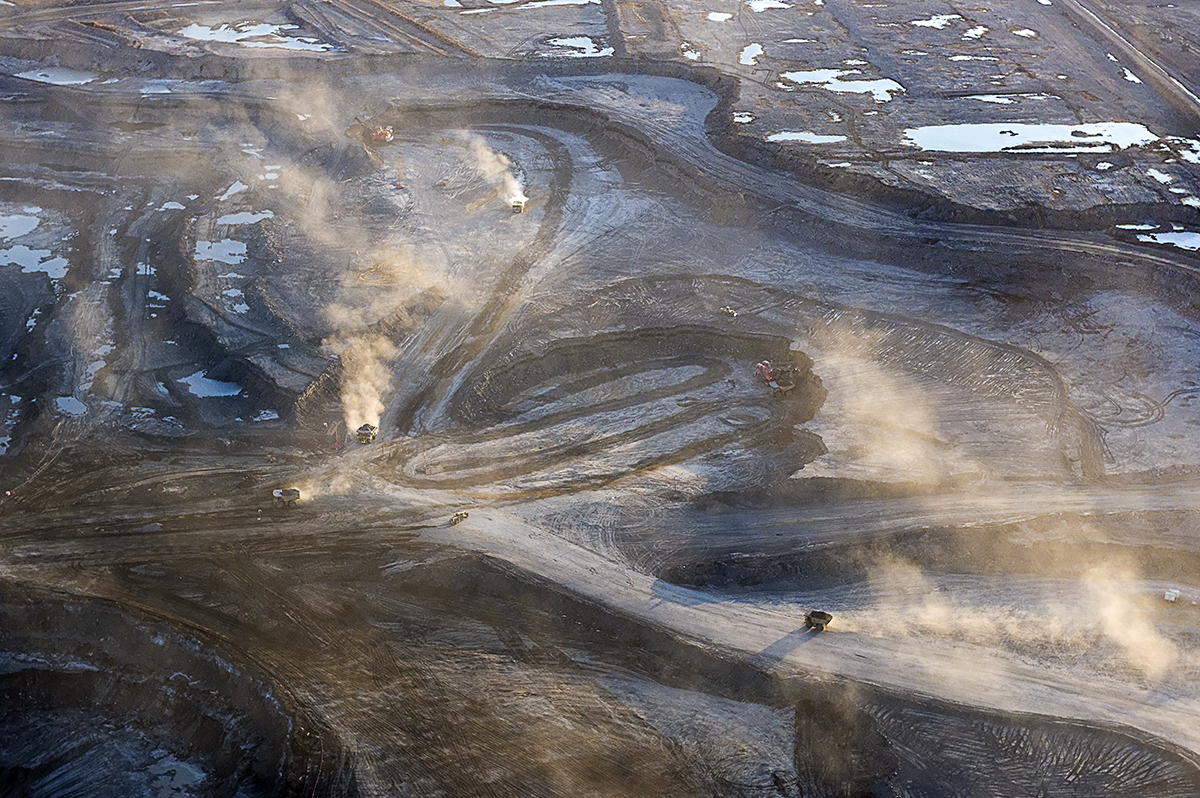 Photo of oil sands mine by Andrew S. Wright
Previous story
Next story

The question is, why?

Despite the current oil glut which led to a free-fall in energy prices, oil sands production is full steam ahead.

While resource companies are likely relieved to see oil heading back up – it closed at around $58 in late March – many are banking on oil sands production to help bolster the bottom line.

But are the oil sands producers really buffered from the current economic troubles sweeping through the oil patch or are they just putting on a good face for investors?

Oil sands producers take the long view, according to Millington.

“A typical in situ oil sands mining project operates for more than 40 years, so you really have to have long-term vision and believe that oil prices, supply-demand globally, will support the growth in oil sands and not really panicking and going off of these short-term, volatile prices.”

So while the rest of the energy market is being buffeted about, oil sand producers are actually increasing production. The National Energy Board (NEB) predicts that approximately one million barrels per day of bitumen production could potentially be added between 2015 and 2018 from projects that have been recently completed or are still under construction.

Production could double from its current capacity of two million barrels a day to four million by 2020, says Terry Abel, the director of oil sands with the Canadian Association of Petroleum Producers in Calgary (CAPP).

Currently, much of that production is sent to the Midwestern United States and, increasingly, the Gulf of Mexico. That’s where much of the billion-dollar refining technology that can process the heavy crude exists.

What’s driving the oil sands market? Capital investment, according to the analysts. Millington says a short-term depression in the market won’t put off the major oil sands players. “There’s been some delays. There’s been some cancellations, but these are coming from the juniors and people in companies who are really cash-strapped.”

But while Millington asserts that projects already underway aren’t likely to be scrapped, not everyone agrees.

Many of the open-pit oil sands projects are dependent upon a barrel of oil maintaining a price of $100 or better in order to generate at least a 10 per cent return on investment, maintains Erin Flanagan, an oil analyst with the Calgary-based Pembina Institute.

An in situ project has less overhead, but still requires a barrel of oil price of $60 to $70 a barrel for profitability, Flanagan says.

“At the current world oil price, and what is projected to be the oil price into the next decade, that is not a sufficient price to withstand the costs associated with many of these big projects,” according to Flanagan.

Abel calls costing projects a complicated calculation and notes every one is different. “I think on average that cost of return is probably much lower than $100 a barrel.”

Despite whether it’s $100 or $50 for the break-even point, even the massive oil sand projects aren’t exempt from energy volatility.

A recent report from ARC Financial Corp. noted that since oil prices began plummeting in 2014, at least a dozen early-stage oil sands projects have been delayed or cancelled.

So despite CAPP’s prediction of an increase in production, ARC foresees “slower growth of heavier Alberta oils into the latter half of this decade and into the next.”

And by CAPP’s own estimates, oil sands capital budgets will fall to $25 billion in 2015, a decrease of $8 billion from the previous year.

Abel agrees everyone is watching what is currently a volatile market, with no one able to accurately predict how it might play out. Nonetheless, he says he doesn’t see Canadian production declining any time soon, along with plenty of demand in the U.S. as well.

For her part, Flanagan says the numbers don’t match what the industry’s boosters currently project, and says Alberta should bring a pause to the approval process to look more closely at the environmental and Aboriginal treaty rights impact of such projects.

“This is a great opportunity to take a really hard look at the policies on the ground and to improve what’s there.”