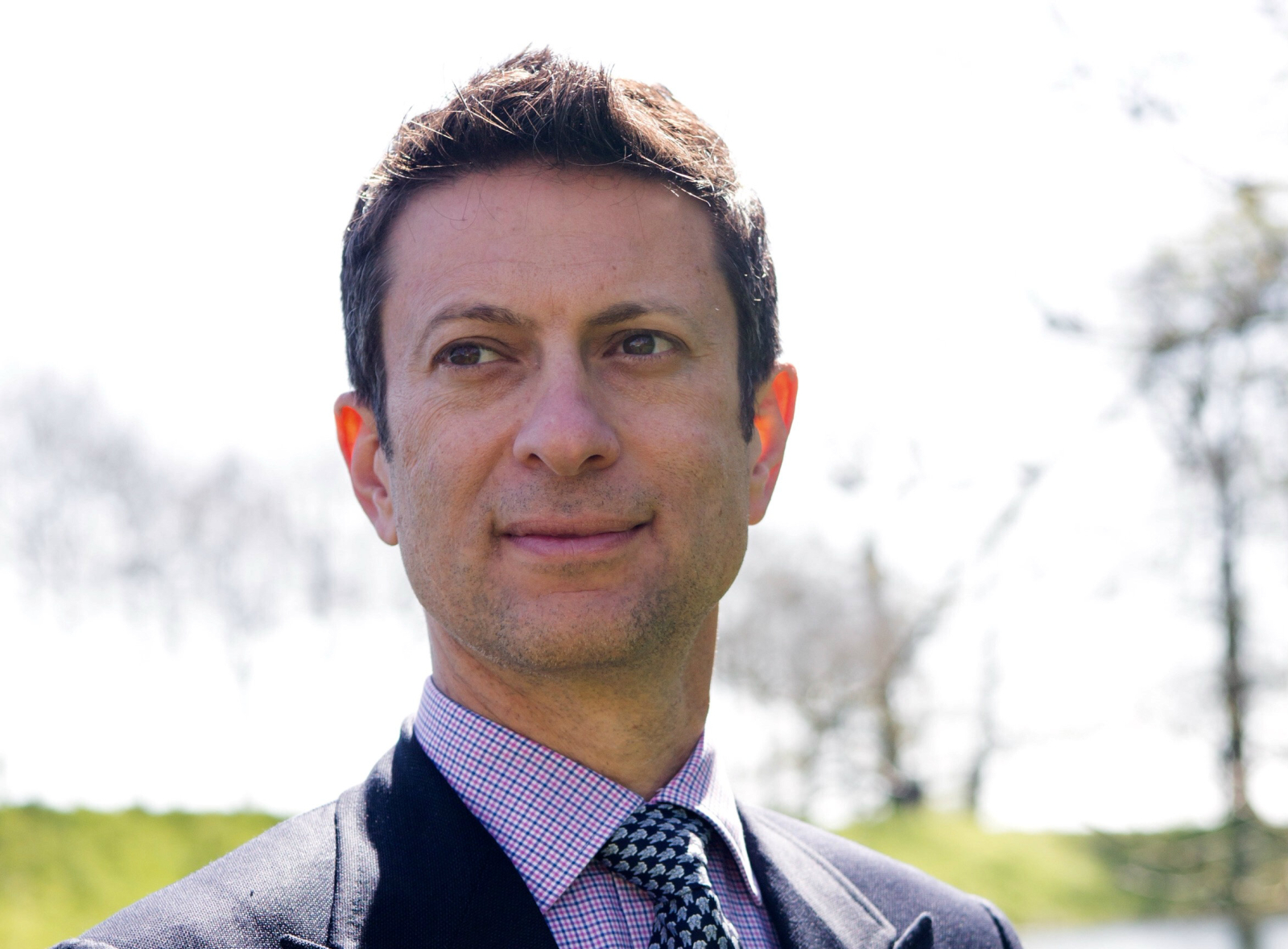 Combined with climate change, global waste is one of the most overwhelming problems facing the world today.

Oceans are being turned into a "plastic soup," with bits of garbage scattered throughout the marine environment. Countries like the UK are rapidly running out of space for landfills, and plastic waste is affecting wildlife on a daily basis. Every year an increasing number of whales, birds and turtles are found dead, with lethal amounts of plastic waste found in their stomachs.

Producing garbage is easy enough, but keeping it out of the natural environment is a challenge. The world's population is slated to hit eight billion in 2025, and the waste we produce will grow proportionally. Even as companies like Tesla present clean energy solutions, few entrepreneurs are willing to take on the urgent problems of waste.

And that's where Full Cycle Energy Fund comes in.

Started by venture capitalist Ibrahim AlHusseini, Full Cycle is raising the funds needed for a groundbreaking new technology that would sustainably dispose of waste at the same time as generating energy.

Together, Synova and FullCycle will use a patented and proprietary system to build or retrofit energy plants so they can convert trash (aka municipal solid waste or “MSW”) into “syngas” to produce power.

This process generates gas in a way that is cleaner and more efficient than any existing approach, and reduces greenhouse gas emissions by approximately 98 per cent when compared to MSW in a landfill.

The project is not only about sustainably taking care of waste, but also about a business opportunity. Former U.S. President Bill Clinton said in 2010, that "if you want to fight climate change, improve public health, find new sources of wealth for poor people and create new entrepreneurs, the closest thing to a silver bullet in the world in most countries is closing all the landfills in all the cities.”

Many developing countries need waste solutions as well as clean energy, and FullCycle looks to provide answers for both.

Having grown up in the Middle East and lived for over two decades in Los Angeles, AlHusseini said he was inspired to bring new solutions to the waste problem as a result of seeing how it was affecting societies.

"Unfortunately, in regions of geopolitical unrest, the environment takes a back seat to daily survival and the paralysis of an unpredictable tomorrow," AlHusseini said.

"We have a looming environmental crisis that threatens not just the region where I’m from, but the entire world. And as calamities always seem to do, this one will adversely and disproportionately affect the poorest among us."

As a member of the AlHusseini family, which has traditionally invested in companies that embrace social enhancement and environmental sustainability, he said he felt compelled to find a solution that was economically and environmentally viable.

"Given how I was raised, this outcome is not one that I am willing to sit back and accept without trying to do whatever I can to halt or reverse it," he said.

Having previously co-founded Natural Solutions Inc., a pioneer in natural cleaning products, and invested in a program to advance women and girls' rights, AlHusseini's challenge was finding a way to keep garbage out of landfills, without simply burning it.

Some communities look to garbage incinerators to take care of the problem: Metro Vancouver is currently trying to win support for a $500 million incinerator to handle its municipal waste. But the solution is also controversial, with pollution posing major health concerns.

So how does Full Cycle Energy tackle the problem differently?

"Conventional incinerators are tasked primarily with waste destruction, taking raw or lightly processed waste (i.e. with some glass and metals removed) and burning it," he said.

"But because little attention is paid to complete combustion, hydrocarbons are left in the gas stream, making it toxic to human health."

He said while many conventional incinerators produce electricity, energy is often just an "afterthought", since the waste tipping fees often comprise the bulk of revenues.

Full Cycle Energy invests in Synova, a new type of technology that differs from incineration. It would divert 1.4 tonnes of municipal solid waste from landfills, and eliminate methane gases, which are 21 times more harmful than carbon to the ozone layer.

"Synova plants are actually not incinerators at all, and manage the waste-to-clean energy process differently from start to finish," AlHusseini said.

"Waste is treated in a Materials Recovery Facility (“MRF”), where inert materials such as glass, rocks, and metals are sorted out, the remaining volume is dried, and then shredded and sized into Refuse-Derived Fuel (“RDF”). This feedstock is fed into a fluidized bed gasifier, where the material is heated and thus gasified into a product gas (syngas)."

Although syngas can be burned, Synova goes one step further, he said. In order to use the syngas in higher-value processes and obtain cleaner emissions, the gas must first be cleaned, he explained.

AlHusseini said his company's patented OLGA gas cleaning system systematically removes the contaminants in the gas such as heavy and light tars (hydrocarbons that need more time in the gasifier to break down), oil-covered dust particulate, and organic impurities such as sulfur and nitrogen-based compounds. The tars and dust are then re-circulated to the gasifier to recapture their energy, and only the cleaned gas exits the OLGA cleaning system.

The clean syngas can be converted into a variety of chemicals and fuels, distributed via pipelines for heating, or sent to gas engines or turbines to generate highly efficient power.

"Because the OLGA-cleaned syngas is as clean if not cleaner than natural gas, its emissions profile is on par with that of natural gas," AlHusseini said.

Only four percent of the entire volume of the garbage is left as an inert ash, which can be used for road construction and other projects.

In addition to supporting Synova's waste-to-energy technology, AlHusseini is also an advocate for waste reduction. The Full Cycle Energy website includes tips for people to reduce their waste, including composting, avoiding disposable single-use plastic containers, and donating clothes rather than putting them into the trash bin.

"This problem cannot be solved at the manufacturer level alone; it will require all of us to make changes," he told National Observer.

"That said, consumerism is so deeply ingrained in Western culture that focusing on the production end is an important element in waste reduction efforts."

He said he's encouraged by the growing "zero-waste-to-landfill" movement, with more companies designing products and changing their manufacturing process to reduce both the volume and toxicity of waste and materials.

"Examples include a consumer goods company which sells scraps from toilet paper manufacturing to be turned into roof tiles; car manufacturers which are reducing the number of different types of plastics used so that more car parts can be recycled more quickly, and a beverage company which recycles 99 per cent of the solid waste it generates," he said.

More companies are using recycled and recyclable material in packaging as well, and designing for reuse, he said. But unfortunately, as the world's population becomes wealthier and enjoys the benefits of consumerism, our waste will only be growing for the foreseeable future, AlHusseini observed.

"In order to get out of the mess we are in, we will require a multi-front approach," he said.

“This means an increased awareness and behavioral change on the consumer front, a sincere and global change in national and international governmental laws and policies, and much more innovative approaches by industry — the ones that got us here in the first place.”