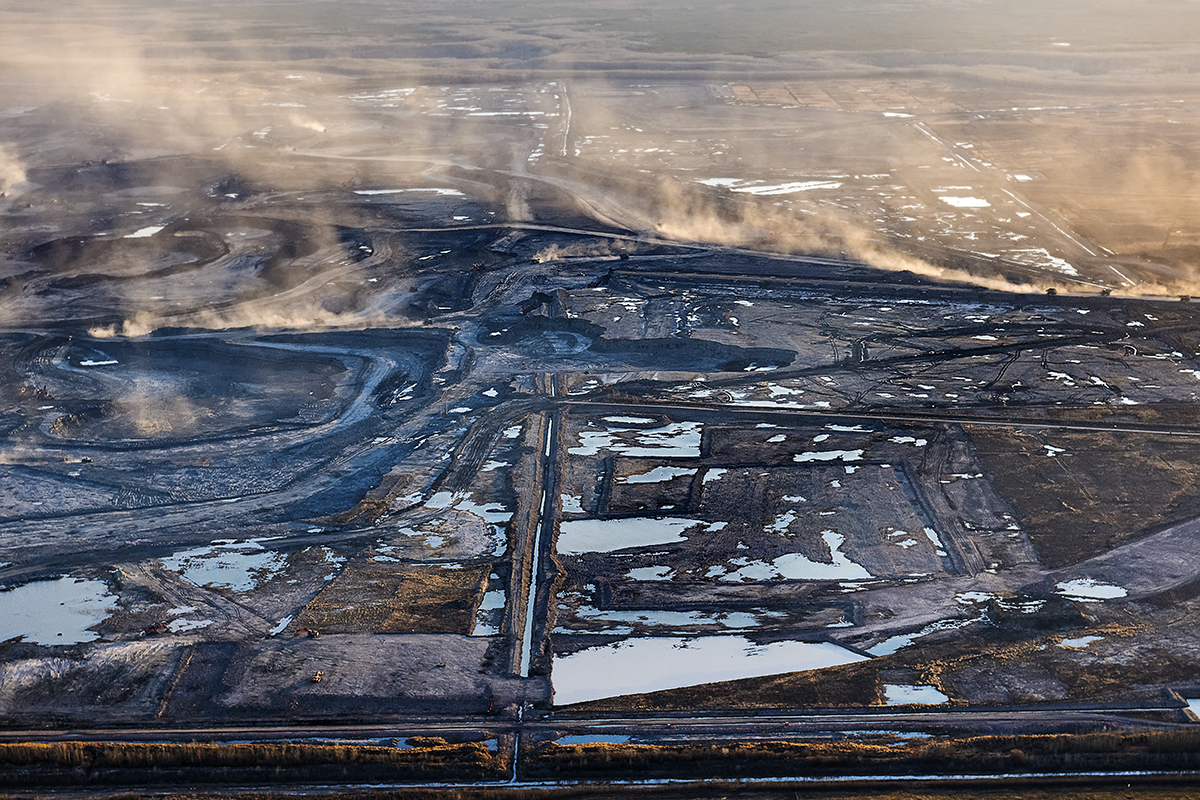 Photo of Syncrude mine by Andrew S. Wright
Previous story
Next story

The debate is raging: would Canadian oil sands exploitation be economically viable under a sustained low oil price and carbon pricing scenario? Irrespective of which side of the debate one is on, these are momentous and frightening times for anyone invested in oil sands projects. Some of the world’s largest pension funds have already decided that high-cost, high-carbon oil sands and coal represent too great a risk to members’ retirement savings and should not be in their investment portfolios.

The risks associated with low oil prices, increasing competition from renewable energy, and government action on carbon pricing mean that inefficient fossil fuels are no longer a good investment for forward-thinking pension managers and their members.

Globally, Goldman Sachs identifies more than 60 new projects that are uneconomic at an oil price of US$70/barrel, and this includes tens of billions of dollars earmarked for investment in Canadian oil sands. For Canadian pension funds, which are heavily invested across the Canadian energy sector, it is time to re-evaluate their approach to the investment risks associated with high-cost oil and gas projects. Investors like Mark Wiseman at the Canada Pension Plan, or Scotiabank CEO Brian Porter, who both believe that expanding oil sands are a safe long-term bet, should re-consider the new energy and climate policy realities before gambling away savers’ money.

Rather than encouraging fossil fuel companies to invest shareholder money in ever-more expensive projects – oil sands, Arctic drilling and deep offshore — it is time for pensions to demand that companies return this money to shareholders in the form of higher current dividends or share buybacks, recognizing that some of the world’s more inefficient fossil fuels will likely never be extracted at a profit.

We might still be using oil in 20 years, alongside low-cost renewable energy, but this oil will be cheap, light crude from the Middle East and Russia—not expensive-to-extract bituminous Canadian oil sands. While Canadian pension funds dither and have not yet shown leadership on demanding a transition from new oil sands project spending (“capex”) to dividends, members are now able to demand that their funds follow the example of global leaders.

“Vote Your Pension,” a new online platform provides a glimpse of the future of pension member engagement on how their savings are invested and managed in the face of climate change risk and increasingly dire economics in the Canadian oil industry. By letting pension members tell their funds how they would like them to vote on carbon and climate investment risk issues, the platform represents an opportunity for millions of Canadian pension fund and mutual fund members to demand coordinated action from the world’s largest energy companies to protect their retirement savings, that started with Chevron’s AGM on May 27.

Member savings invested in Chevron, and other oil majors are at risk of being wasted if they continue to be sunk into high-cost, high-carbon projects that will fail to make an economic return in the event of lower-than-expected demand, volatile prices, cost-competitive renewable energy and growing climate regulation.

As the world moves to cleaner energy sources to prevent catastrophic changes to the global climate, and as renewable energy growth outpaces investment in oil sands, it is increasingly likely that the billions of dollars of pension savings being ploughed into new oil sands developments will be stranded. It is time for Canada’s pension members to demand accountability.