From Seattle to Haida Gwaii, hope lies not in a state of mind, but in action 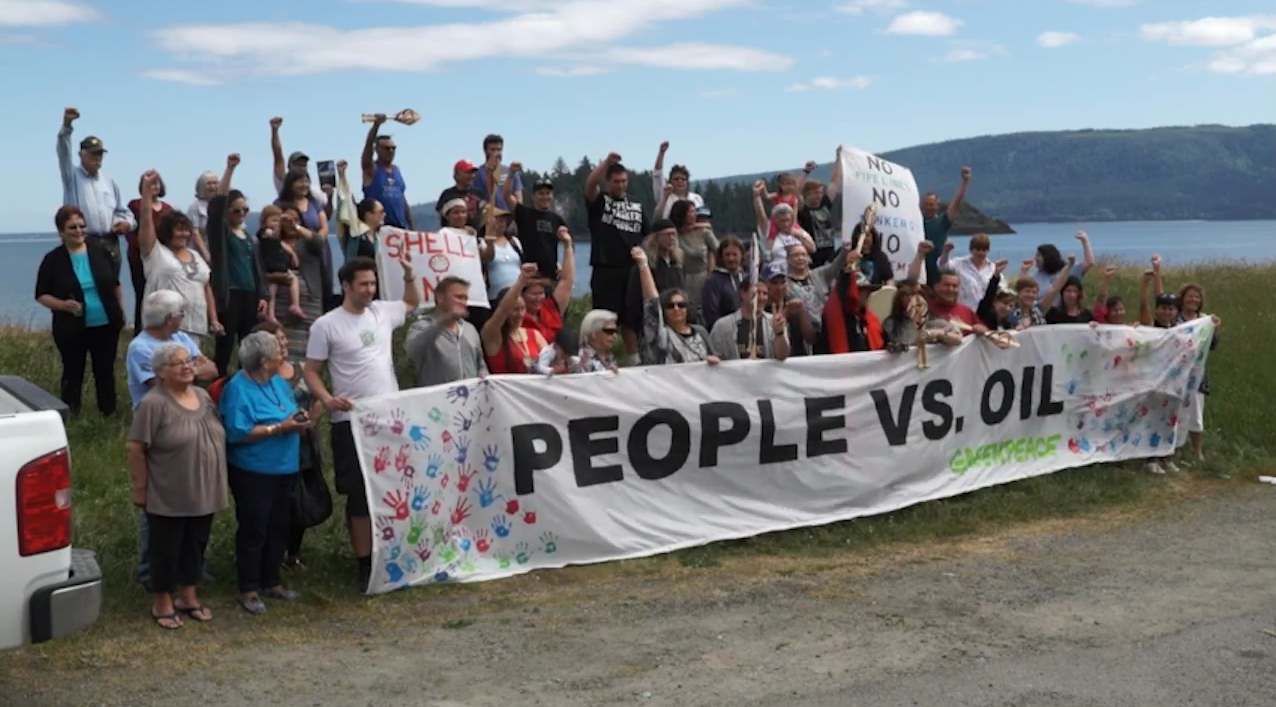 Resistance to Shell’s reckless plans to drill in the Arctic is spreading like good news northwards up the west coast from Seattle, which wowed the world recently with an incredible flotilla of kayaktivists who took to the water to protest Shell’s use of the Port of Seattle to host its Arctic drilling rig, the Polar Pioneer.

I was in Seattle for this historic protest, and I can tell you it was even more moving and inspiring in person. It was an amazing gathering of activists and Indigenous Peoples from across the continent, from Mexico to Alaska, all united in their passionate commitment to keep Shell from wreaking havoc on the Arctic and the climate by drilling for oil in the fragile waters of the Arctic Ocean.

The historic #PaddleInSeattle protests were the beginning of a festival of resistance, which started on Saturday, May 16, and will continue over the next month, with the ‘kayaktivist’ protest out on the water. Canoe families from the local Duwamish Tribe led the kayaktivists to the foot of the massive Arctic drilling rig, which towered over them like a glowering Goliath facing down hundreds of small but determined Davids. The kayaktivists were resolute and in good spirits, and from shore I could hear the steady beat of their drums as they paddled across the water. Afterwards, on shore, I had the opportunity to meet some of these amazing activists, from Allison Warden, an Iñupiaq hip hop artist from Alaska who raps under the name AKU-MATU, to Aji Piper, a 14-year old Seattle musician who does some killer 21st century protest songs.

The following Monday was a day intended for peaceful civil disobedience, and activists blocked the entrance to the port where the Polar Pioneer was berthed.

Another ship in Shell’s Arctic drilling fleet, the Arctic Challenger, was berthed in Bellingham a little north of Seattle, and the weekend following Seattle’s festival of resistance activists scaled an anchor chain of the ship for an occupation protest that lasted for three days.

Then resistance spread north across the US-Canada border when a First Nations delegation sailed along the B.C. Coast from Vancouver to Haida Gwaii aboard the Greenpeace ship Esperanza to connect the fight against tar sands tankers and pipelines with the fight against Arctic oil, all under the banner of People Vs. Oil. Audrey Siegl, a member of the Musqueum Nation and a member of the delegation, spoke these powerful words about the importance of these fights and her voyage.

When the Arctic Challenger left the US it sailed north along the BC coast and through the Inside Passage — local kayaktivists went out to protest and the Chief of the Sechelt First Nation, Calvin Craigan, spoke out publicly in opposition to Shell’s Arctic drilling plans. As the Challenger sailed past Haida Gwaii more kayaktivists went out with homemade banners and drums to protest Shell.

And the opposition to Arctic drilling will continue. In Seattle people are planning more resistance to Shell for the month of June, and on June 13 Vancouver will be host to Toast the Coast, a family-friendly celebration of the beautiful BC coast that will feature food, art, music, a giant salmon lantern, and will send a message to the Harper government, Shell, and the whole oil industry that the people of B.C. want no part in their harmful oil-at-any-cost agenda.

Shell’s Arctic drilling plans threaten to increase tanker traffic along the west coast and are part of Shell’s broader efforts to see that enough fossil fuels are dug up and burned to heat the planet by massive 4-6 degrees Celsius. This places Shell squarely in the realms of super-villainy, as at this level of warming millions of people will be killed, tens of millions will be kept or thrown back into poverty, and whole nations will be wiped off the face of the earth by rising sea levels.

This is why we’re seeing waves of resistance all along the coast, and why we will see even more in the days, weeks, and months to come. When we act together we are stronger than Big Oil, and this message of hope shines far brighter than the dark shadow cast over our future by the oil industry. This wave of beautiful resistance traveling along the west coast reminds us that hope lies not in a state of mind, but in action.

It’s People Versus Oil on the west coast, and right now the People have Oil on the run.