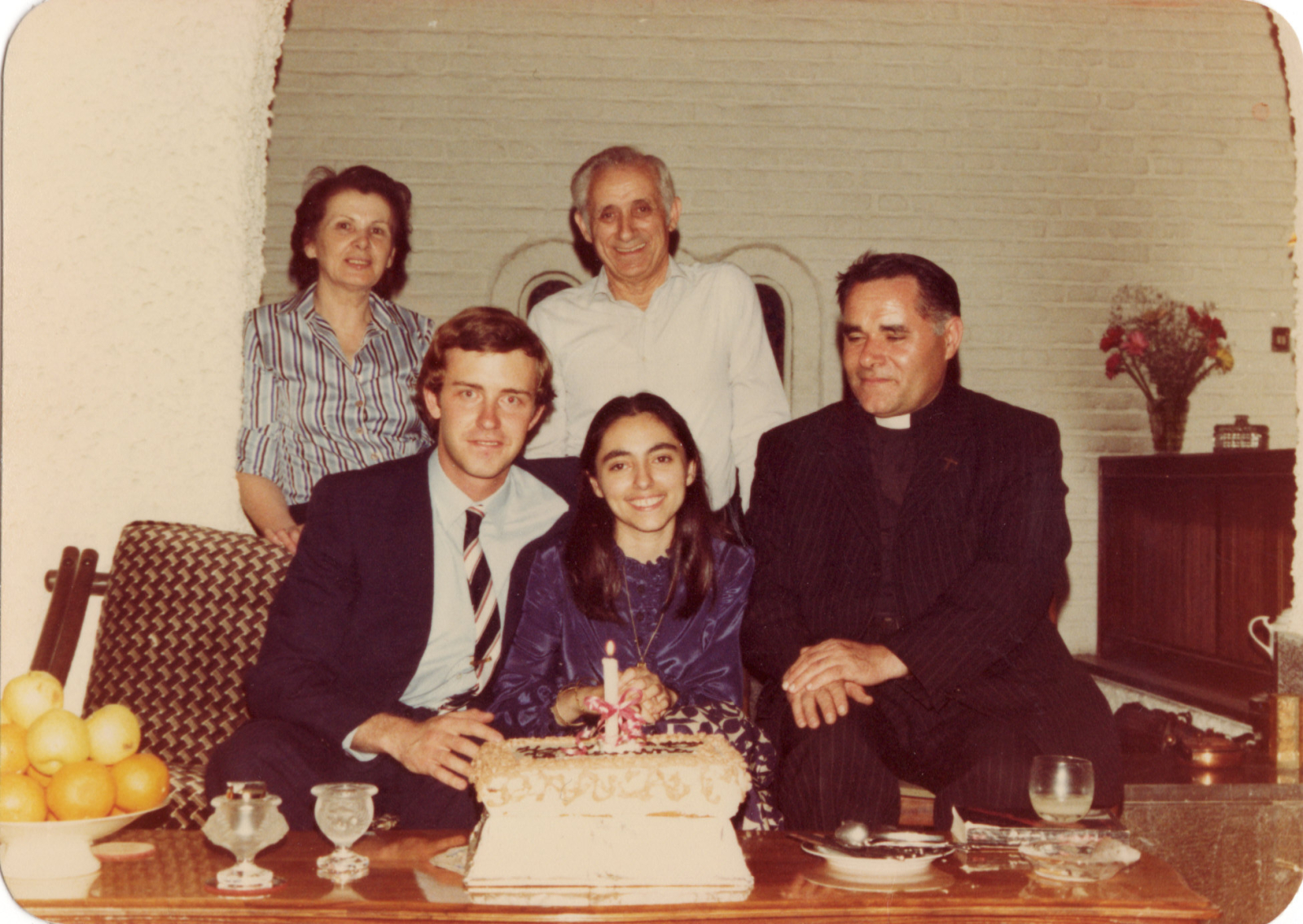 Marina Nemat in a photograph in Iran at her 19th birthday with her mother, father, boyfriend, Andre, who is now her husband, and a priest from her church, a month after her release from prison
Previous story
Next story

Marina Nemat was just 16 years old when she was handcuffed to a torture bed at Tehran’s Evin Prison and lashed on her bare feet with cable by a guard.

Later, she found herself tied to a pole awaiting execution, before a car screeched to a halt seconds before the trigger was pulled. It was Ali Moosavi, one of her interrogators, bringing an order from the Ayatollah Khomeini himself to spare Nemat’s life.

But for a political prisoner in Evin nothing was free. Nemat was forced to marry Moosavi and spent a total of two years, two months, and 12 days as a prisoner. She was only released after Ali was assassinated and his family intervened on her behalf.

Seven years later, she arrived in Canada with her young family where they were finally able to live in freedom, but for a torture survivor turned author, Bill C-51 casts a dark cloud.

“I was a student activist. I had never been violent. My crime was protesting the new laws that had been imposed by Iran's newly formed Islamist regime.

"I do not underestimate the threats that the world faces today, including the Islamic State (IS), Al Qaeda, the Islamic Republic of Iran [IRI], and Putin's Russia, to name a few.

"To me, the IRI and IS are two sides of the same medieval coin, and we should be very worried about them. Yet, I believe that we cannot fight such threats by becoming reactionary and squashing the democratic freedoms that represent our values. Those freedoms are an important part of who we are and protect us from becoming, in all practicality, similar to our enemies who have no respect for human and civil rights.

"Bill C-51 is vague, reactionary, and open-ended, and it leaves citizens with very little protection. It was passed in the House [of Commons] with very little debate and has pushed its way to the Senate. Democracy is fragile, and when damaged, it is extremely difficult and costly to mend,” said Nemat, who wrote Prisoner of Tehran and After Tehran, detailing her experiences and their aftermath."

Even before the 1979 Islamic Revolution that swept Khomeini to power, Iran was not a democracy, as the Shah did not allow political freedoms, but people enjoyed personal liberties such as dressing the way they liked.

Nonetheless, Nemat warned that even democracies like Canada are not immune, saying that citizens can still be stripped of their rights, usually under the pretext of war or terrorist threats.

“To me, the right of citizens to peacefully protest the actions and decisions of their governments, among other things, is essential. So is freedom of religion and expression.

"Open-ended laws that use broad terms like 'terrorism' without clearly defining what those terms mean are dangerous, because they allow governments to act outside the boundaries of laws that are supposed to protect people. When laws, as a result of unclarity, become arbitrary, we run into serious problems. This is usually how dictatorships are born,” said Nemat.

She said that a democracy was as good as its citizens, but Canadians are not as involved as they should be in the country’s political process.

“[The] turnout rate at our elections is very low. And after we vote, most of us go home and lose track of what our politicians are up to; we don't usually hold their feet to the fire. Canadians will have a say this October, and I hope they decide to get their voices heard. Fear should not be a determining factor when it comes to rights and freedoms. There are always enemies out there. What we need to do is to hang on to logic and to our values and d not compromise them, especially as the world becomes more hostile,” said Nemat.