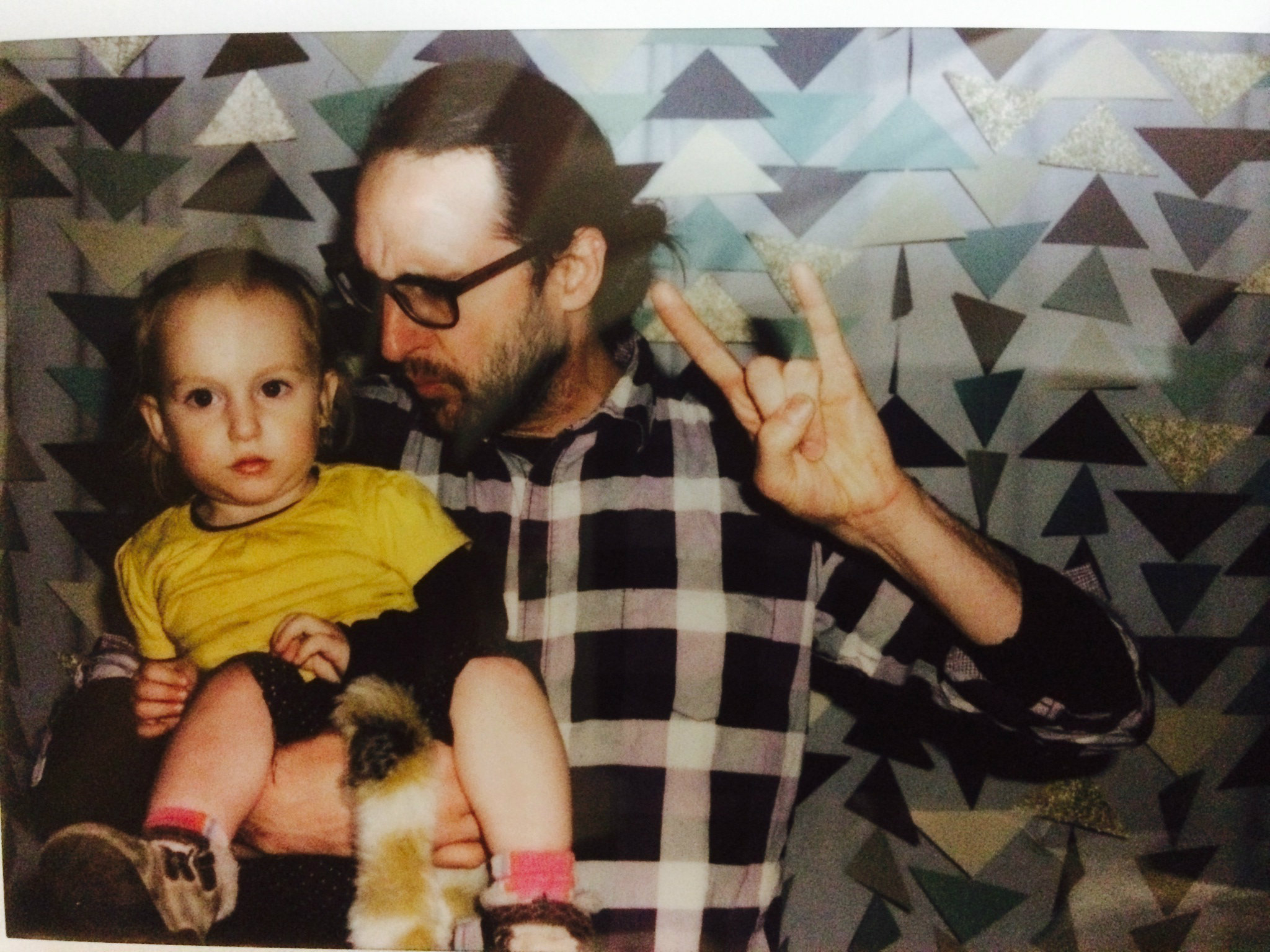 Photo of Darren Fleet with daughter
Previous story
Next story

Out of morbid curiosity I made a Freedom of Information request to the government spy agency, CSIS. I asked them if I had ever been subject to surveillance. To help with their inquiry, I gave them my name, and a brief description of my activities over the past five years – writing, environmental and social activism, and working for the Vancouver Observer and Adbusters magazine.

What I received in reply scared the shit out of me. It said:

Pursuant to subsection 10(2) of the Act, we neither confirm nor deny that the records you requested exist. We are, however, advising you, as required by paragraph 10(1)(b) of the Act that such records, if they existed, could reasonably be expected to be exempted under one or more of sections 15(1) (as it relates to the efforts of Canada towards detecting, preventing or suppressing subversive or hostile activities), 16(1)(a), and (c), of the Act.

Now in all fairness, I made a pretty broad request. And as any journalist knows, you never ask more than one question in a question, otherwise folks just answer whatever they want to and ignore the rest. Yet still, I was hoping for something that would calm a few of my more anxious nerves.

Since that day in April, the letter has remained on my desk, untouched but resonant with the proverbial deafening silence. Some days I want to frame it. Some days I tell jokes about it. Some days I want to exercise my right of appeal under the Access to Information Act, and send it back to them. Most days, however, I just want to forget about it, and try not kick myself too much for giving the spy agency any more reason to look, or not look, at me.

But yesterday, with the Public Safety Minister Steven Blaney making his final plea to the Canadian Senate to pass Bill C-51, the fear and confusion of that letter returned. And here’s why: what I’m about to write could get me imprisoned, once the bill passes.

Consider the language Minister Blaney used in his sales pitch to the Canadian Senate. Things like “no prosperity without security” and “pre-criminalization.”

If we can learn anything from the current state of global affairs, it is that increasing security without addressing the underlying causes of conflict only hastens the downfall of oppressive regimes. In fact, increased security is often the last step an unpopular government ever makes before they’re tossed out the door.

Take Syria, ironically—where ISIS now has half of its tyrannical caliphate— as the ultimate example.

After 15 high school students in 2011 graffitied a high school in the southern Syrian city of Daraa with the slogan "the people want to topple the regime," President Assad hit the nation with a hammer.

He called the youth traitors and had his thugs put the boots to them. He had them jailed under a now all-too-familiar security logic: these youths will radicalize other youths. They’re a threat to national security. “Sedition” is what Assad called it.

By the time the teens’ parents negotiated their release under Assad’s own draconian version of Bill C-51 legislation, the revolution was on. It's now descended into Dante-esque levels of hell.

Now Canada isn’t Syria. Not even in the same ballpark. But it’s an extreme example to show that with all states, it isn’t outside threats that terrify them, it’s those that come from within. This is why, as citizens, we must be ever-vigilant in defense of our democracies, and try to sway our legislators to always err on the side of more freedom, not less.

The Syrian example also shows how inept states can be at actually dealing with underlying social problems. They react to symptoms, not causes (for example the drought in Syria in 2006).

Which is exactly what Bill C-51 gives our government more power to do: attack symptoms. That is why Bill C-51 won’t make Canada safer. Canada is safe. It won’t be after Bill C-51.

And let's not forget to mention this strange term that Blaney used: “pre-criminalization.” What does that even mean? “Thought crime” is the more accurate term. And that’s what most average politically engaged Canadians ought to be extremely wary of.

Thought crimes like those committed by First Nations’ social worker Cindy Blackstock, whose surveillance by the federal government shocked the nation.

Her pre-crime: advocating on behalf of First Nations’ youth and running a charity called the Have a Heart campaign.

And then there’s this: "We will be able to shut down websites because, why, because we are talking of radicalization," Steven Blaney told the Senate.

Here I must speak directly to the honourable minister. If you want to know what makes people sympathetic to jihadist appeals, it isn’t the websites. It’s the cluster bombs and drone strikes.

You can add those two-and-a-half decades of intervention to the long list of fundamental causes making jihadism attractive to desperate and alienated people: global inequality, structural racism, climate change impacts on food and water (especially in the Syrian conflict), and hypocritical foreign policies on the part of major world powers— like selling $15-billion in arms to Saudi Arabia, as Canada just did. Saudi Arabia is a country that, among many other things, still executes witches by beheading them. (How does one find a person guilty of being a witch? Is it still by the throwing them in water to see if they float?)

There's a certain irony in Canada declaring our own jihad on ISIS, since it seeks the creation of a state not unlike the one ruled over by our friends at the House of Saud.

Don’t get me wrong, the types of things that one will likely find on a jihadist social media network or website are sick. Their propaganda is an affront to decent people of all stripes, nations, and faiths across the globe, as well as a challenge to the ideas of liberal democracy. But this group didn’t appear out of nowhere. They’re a symptom, not a cause.

If anything, they’re a grotesque window into the realities of contemporary NATO geopolitics— of which, under Harper, Canada is striving to be a big player. For example, Canada led the mission to oust Gaddafi in Libya, whose former country is now in the grip of – you know who – ISIS. And like any other gore that fills the web, the types of images that ISIS releases to the world are likely do more to alienate potential recruits than inspire them.

Still, despite overwhelming and head-shakingly-obvious evidence to the contrary— see Afghanistan, Iraq and Libya— Minister Steven Blaney, RCMP commissioner Bob Paulson, and PM Stephen Harper, want you to accept their 21st-century Conservative version of the 1980’s American teen-devil-worship-heavy-metal-craze, in which playing an Ozzy Osbourne record backwards was known to make rich white kids kill themselves. Offering the illusion of protection by imposing censorship and repression.

It’s a handy excuse to not deal with the real radicalizing force – blowback.

Blaney also told the Senate: "We need to be as swift and fluid and adaptable as [terrorists] are," he said. "We cannot wait while terrorist plan their next strike."

And what strike might he be referring to? The two isolated incidents of mentally unstable men who killed soldiers in separate and unrelated attacks this past year? Or the terror plot in Victoria which allegedly had elements of entrapment—a case which, to date, has gobbled up tens of millions of taxpayers dollars, as well as the efforts of hundreds of law enforcement officers. All just to prove, it seems, that you can convince an impoverished recovering heroin addict and his girlfriend to do just about anything, even if they don’t want to.

Is this the type of terror threat that Canada’s security agencies need even more power to help thwart? Sounds like something that a more creative police force, a well-funded healthcare system, and a revitalized social safety net could begin to solve much more effectively. And probably for way less money. Just ask the USA how expensive it is to declare war on a concept.

The letter from CSIS is still sitting on the desk next to my left hand as I type. Hopefully it’s just paranoia that makes it feel threatening. But in the event that I disappear for seven days after Bill C-51 passes – which I've read is the allowed time that a journalist can be detained without notification or charge under Bill C-51– you’ll know where I’ve gone. Please tell my wife and daughter I love them.