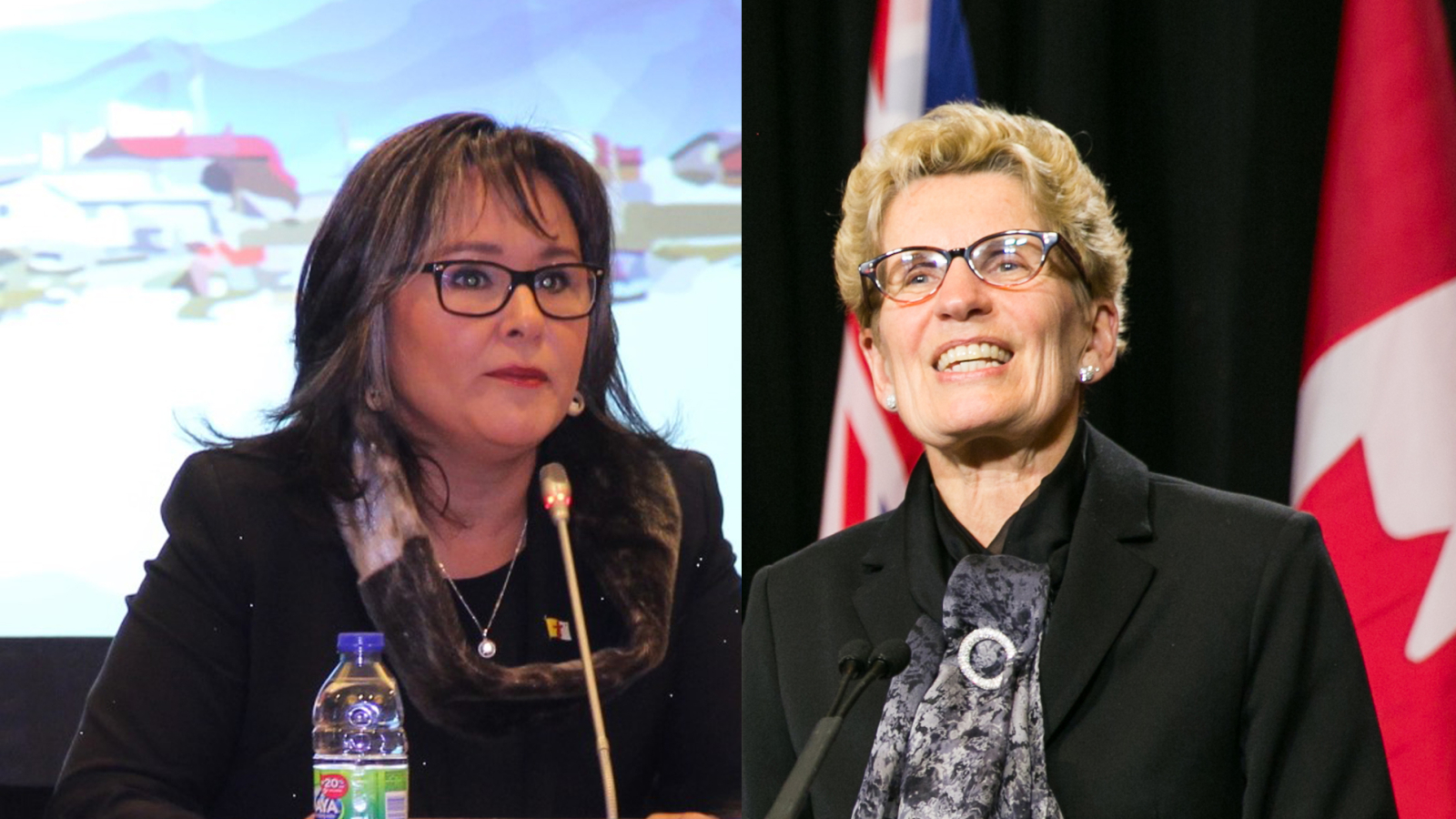 Canada's Environment Minister Leona Aglukkaq will sidestep Ontario Premier Kathleen Wynne's international climate change summit to be held next week in conjunction with the Pan Am Games, the National Observer has learned.

Instead, Aglukkaq will attend a Nunavut Day festival in her Arctic riding far away from the international dignitaries arriving in Toronto, despite an upcoming federal election where global warming is becoming a hot issue.

“Our government is working with the provinces and territories while respecting their jurisdiction – unlike Justin Trudeau’s Liberals and Thomas Mulcair’s NDP who would force the provinces into carbon-pricing schemes and impose carbon taxes that will kill jobs, damage our economy and raise the cost of everything, including: gas, groceries and electricity,” her office said in a statement Friday.

The July 7-9 Climate Summit of the Americas will attract 300 regional government and business leaders from across the hemisphere to discuss climate change and a low carbon economy.

Federal opposition parties say Aglukkaq's MIA status at the meeting, plus the Ontario-led climate summit itself, highlight how the Harper government is not taking charge of the climate file.

"I say, ‘thank God for Kathleen Wynne," reacted Liberal environment critic and Scarbourough MP John McKay. "I think she has stepped up to the plate and asserted leadership for our nation, as has [Quebec Premier] Coulliard, when there is clearly an absence of federal leadership.”

“It reinforces for Canadians, that Harper government is not serious about climate change,” added NDP MP Malcolm Allen, the party's deputy energy and natural resources critic.

Ontario's Minister of the Environment and Climate Change Glen Murray wouldn't say Aglukkaq's absence at the summit was a snub, but he pointed out that Ontario's government has "serious differences" with Ottawa over climate change, starting with the science.

Murray says the latest projections show the planet is headed for four degrees [of global warming] sometime in the middle half of this century, when global efforts were supposed to keep that below two degrees warming by 2100.

“That is so incredibly destructive that there wasn’t even modeling of the impacts of that until a year ago or so, because the people in the scientific community never imagined we’d allow it to go so out of control," Murray said Friday.

“That is massive destruction. It is destabilizing our civilization. It would be a large loss of life, and an existential crisis for humanity," he added.

Still, Aglukkaq's decision not to attend the summit comes after a high profile clash over carbon policy with Ottawa. Two weeks after Ontario announced plans in April to join Quebec and California in a cap and trade system to force a market price on pollution, Prime Minister Stephen Harper mocked the effort as a tax grab.

“Anybody who tells you that a carbon tax is an environmental policy is trying to pull the wool over your eyes,” said Harper at the time in Winnipeg.

In response, the two premiers issued a joint statement saying Harper was the one out of touch: “So far, almost all of the progress Canada has made on climate change is the result of provincial action," they said.

When Premier Kathleen Wynne announced her carbon pricing plan on April 13, she gave it an energetic defence.

“If we put our heads in the sand and we say, ‘well climate change is not a problem we can tackle now, it’s too risky, it’s too politically fraught, we’re just afraid to do it,’ that would not be responsible.”

Likewise in May, Quebec Premier Philippe Couillard told the Ontario legislature, that with the Paris UN conference on climate change looming, “never has the role of federated states (like provinces) been so vital to our future.”

With Ontario and Quebec soon pursuing cap and trade, 62 per cent of Canada’a population and half its economy will soon be under carbon pollution pricing. Even oil-friendly Alberta will double its carbon pollution levy by 2017 to $30 per tonne. Ontario also eliminated coal power plants —a move applauded by Al Gore.

“I think what you’re seeing in Ontario, Quebec, Alberta, and California, the public wants progress on this file," said Environmental Defence director Tim Gray in Toronto, who will also attend the summit as a speaker. "And when federal governments aren’t acting, provinces, cities are taking actions on their own."

Federally, Justin Trudeau is calling for flexibility for provinces to do their own carbon pricing, and Thomas Mulcair wants a national cap and trade program. The federal Greens are calling for a federal fee-and-dividend system. As it stands, western provinces like Alberta and B.C. have carbon taxes, and eastern provinces are developing cap and trade.

“In the absence of any federal engagement on climate change… we have a patchwork of carbon pricing across the country. Green’s believe we need a national price for carbon," said Green leader Elizabeth May.

Two months ago, the Harper government announced a new national target for reducing greenhouse gases: 30 percent below 2005 levels by 2030 —itself an easing off from an earlier, more ambitious year 2020 target that Environment Canada said was not achievable. Ottawa wants to continue "sector by sector" regulation to combat climate change, and notably, carbon dioxide emissions from the oil sands are not included.

On June 8, Prime Minister signed a G7 agreement to "de-carbonize" the economy completely by the year 2100.

“People in Canada don’t understand that a lack of action [on climate change] results in hardship around here,” said professor Povin from Panama.

“We have waves literally hitting the walls of schools."

The professor says unlike Canada, many other countries in the Americas are taking strident action on climate change. Chile, Mexico and Brazil are moving energetically she says with targets and clear plans on achieving them. Even the U.S., which has a similar target to Canada, has a "real plan of action that makes sense" said Potvin.

"Unfortunately in Canada, our target is not linked with plan that will see the emissions come down. It’s just a number without a plan."

"Hopefully Canadians will recognize that, and vote accordingly in the coming federal election,” she said.