Why I’m sitting in for climate action 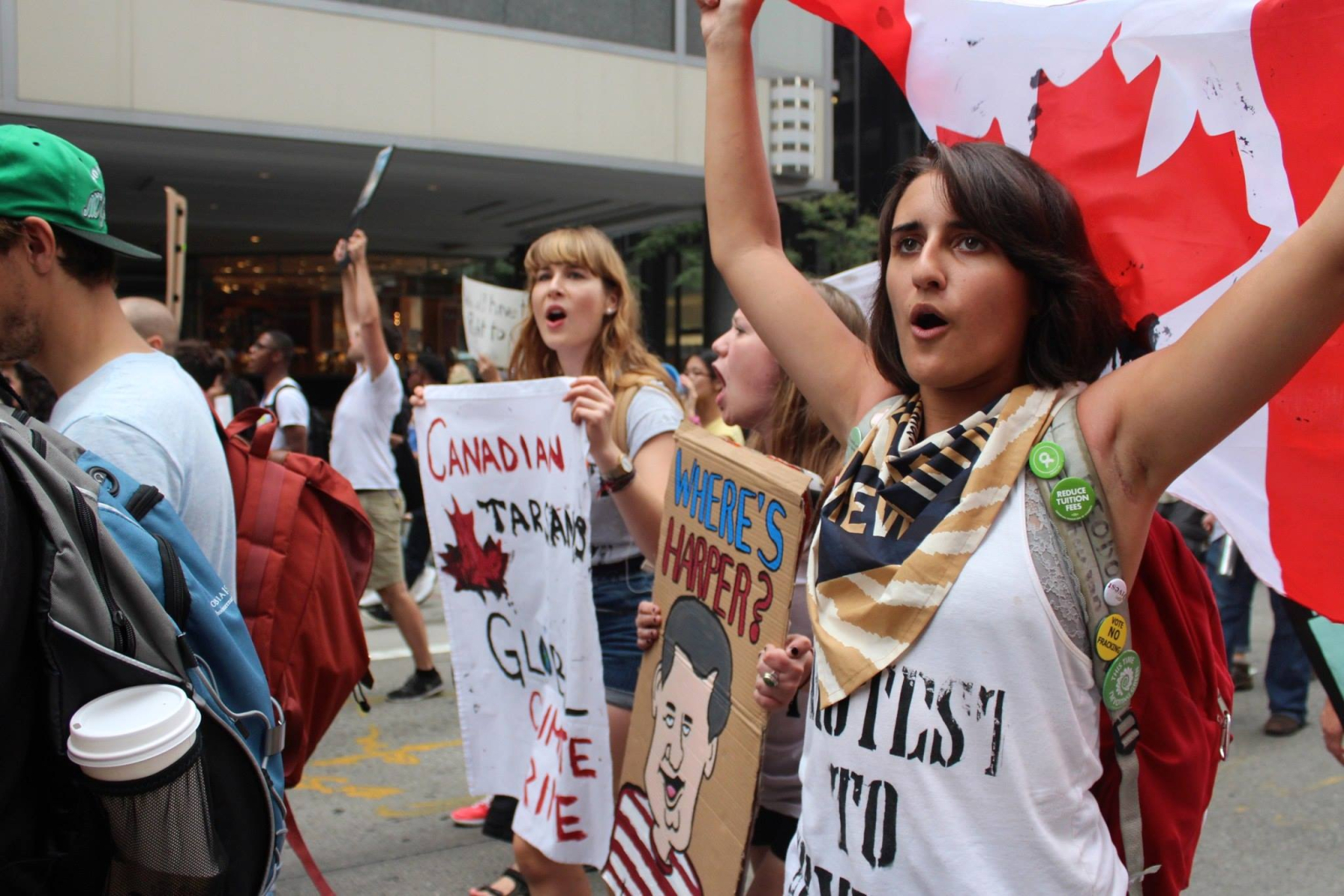 Today I'm one of roughly 80 youth and student divestment organizers from across the country who are waking up prepared to engage in civil disobedience for the first time in our lives.

Ahead of the 2015 federal election, we are occupying seven MP offices across Canada, from Shédiac, New Brunswick to Victoria, B.C. to demand bold action on climate change.

We are calling upon politicians from across the political spectrum to sign a letter committing to freeze tar sands expansion, and begin driving the necessary transition towards a just, renewable energy economy. We know that committing to take bold action on climate change while simultaneously expanding tar sands development is a direct contradiction. The two can no longer co-exist.

As young Canadians, we recognize that climate change is the defining issue of our generation. Political action cannot wait until we are elected to the positions of our current officials.

Already we have collectively become all too familiar with climate change’s indiscriminate reach. In Calgary, Alberta, student leaders are entering Stephen Harper’s office with vivid memories of the 2013 flooding that devastated their city. Here in Shédiac, New Brunswick, we are sitting in Liberal MP Dominic LeBlanc’s office following days of heavy rainfall that left 650 people stranded due to flooding in areas surrounding the nearby town of Sackville.

We are entering these offices today knowing that political inaction is costing us our communities. However, we also know that we are entering a conversation in which we have become well-versed. As student divestment organizers from across Canada, we have spent months (in some cases, years) lobbying our university administrations to pull their endowment funds from the fossil fuel industry.

Together, we have worked through the means at our disposal to demand institutional action on climate change, and today, for the first time, we will step outside our university campuses and bring this fight to the political realm.

The fossil fuel divestment movement is proof that mobilized youth are capable of interrupting the status quo. In recent months, Norway has committed to divesting its $900-billion sovereign wealth fund from coal investments while The Guardian, a major international news publication, has launched a divestment campaign of its own.

We have helped accomplish this. Through deliberate and coordinated action, we have shaken some of the largest institutions in the world.

Together, we’ve positioned climate change as a deeply moral issue, and have begun to learn what it means to truly stand in solidarity with frontline communities.

Today, as we enter MP offices across Canada, we recognize that we are voicing our political demands on unceded territory. We know that Canada’s dealings with First Nations communities were nothing short of genocide, and that major industrial projects like the tar sands continue to place reconciliation beyond reach.

As we call for a moratorium on tar sands development, we do so knowing that it will not restore the respiratory health of those living on the Aamjiwnaang First Nation reserve, or reverse the disproportionately high rates of cancer faced by the people of Fort Chipewyan. But we do know that it is a step in the right direction.

As the next generation of political lobbyists, we are fed up with Canada’s lack of ambition when it comes to climate policy. We have seen far too many COPs crumble apart, and have listened to far too many politicians pay lip service to climate action.

We are tired of writing op-eds, blog posts, and letters calling for real leadership on the defining issue of our time. We know that a better world is possible, and that we are prepared to make it happen. But today, as we occupy these offices, we also know that the longer we wait, the further this future is placed beyond our reach.

In October, our generation will head to the polls. While politicians bank on our supposed apathy, we will turn up en masse to vote for this future we believe in. We will remember the moments when climate change touched our own communities, and, this time, we will cast our ballots for real climate leadership.

Our generation can transform the outcome of this election, and we will continue to mobilize to make this happen.

Today, we are asking for nothing more than our political leaders to grant us the ability to begin building a world that we want to live in, one that is inclusive of everyone, and one that, years from now, we feel confident passing onto future generations. We’re not there yet, but as students sit in MP offices across the country, we need to trust that soon enough we will be.