How to stop big money from influencing elections 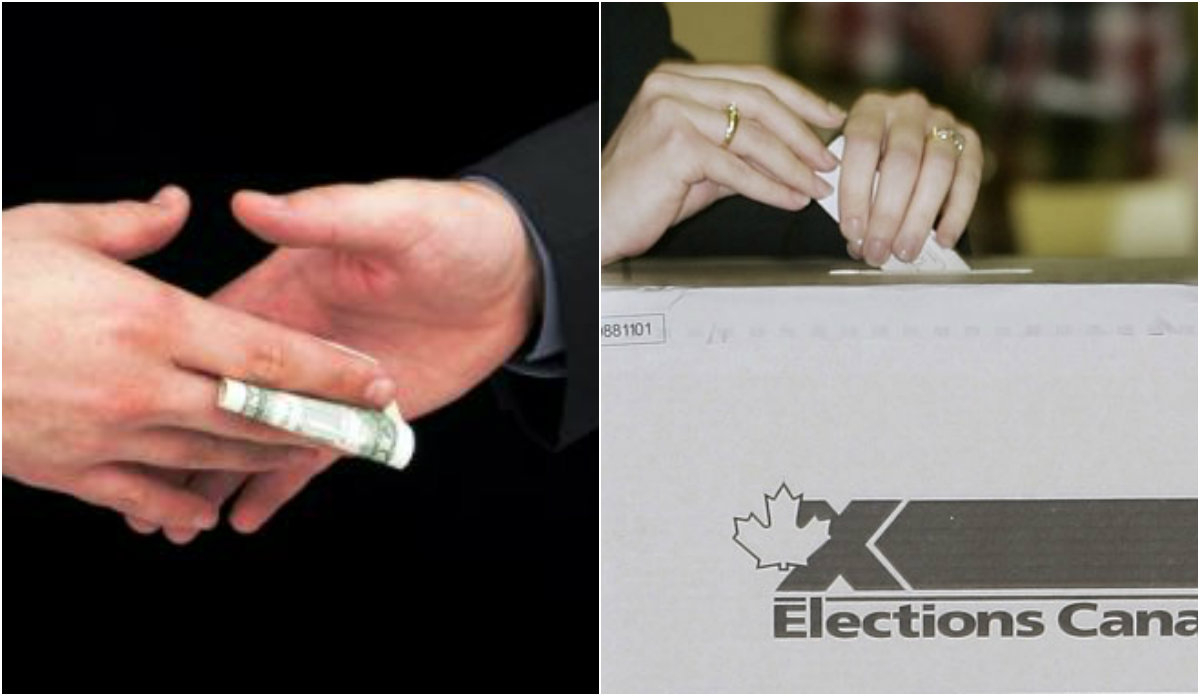 What will be done to stop big money sources in federal elections? Almost all commentators on this issue so far have ignored the fact that individuals are allowed now to donate $3,000 annually to each federal party and its candidates (the Conservatives increased the limit last year).

This is far more than an average Canadian can afford to give and so it gives wealthy people an undemocratic and unethical means of influencing politicians.

Businesses, unions and other organizations are banned from donating, which raises another concern: are they funneling donations through their executives or employees? When Elections Quebec examined similarly limited donations from individuals to provincial parties from 2006-2011, it found $12.8 million in donations that appeared to be illegally channeled through businesses’ employees.

If Elections Quebec had done such an audit decades ago, and regularly since, likely most of the corruption of Quebec politics would have been stopped long before the Charbonneau Commission began its hearings.

Despite the results of the Quebec audit, Elections Canada has failed to do such an audit over the past 11 years since federal limits were placed on donations from businesses and other organizations. Who knows what they would find if they looked?

One notable area of concern in this regard is bundlers – people (often lobbyists) who convince many friends and colleagues to give large donations to parties or candidates. In the case of lobbyists it can be a favour to the federal politicians for whom they lobby.

Both the federal Commissioner of Lobbying and Elections Canada have failed to conduct audits to reveal the extent of this fundraising stream (or flood)— even though this has been illegal for several years under Rule 8 of the federal Lobbyists’ Code of Conduct.

Beyond audits, the solution to stopping these sources of big money is to match the changes made by the Quebec government in 2013: only allowing donations from individuals and only up to $100 annually; matching public funding up to a set amount raised by a party or candidate; and restoring per-vote annual funding (which the Conservatives have eliminated, even though it is the most democratic part of the federal political finance system).

Several commentators have recently made inaccurate or incomplete claims about advertising by third party interest groups.

In the U.S. one type of third party group is called a “political action committee” (PAC).

While a few new coalitions started up recently and started running paid ads (HarperPAC, Engage Canada, Working Canadians), every interest group, and individual, is a third party/PAC— so the call by some for all PACs to shut down is nonsensical as that would mean many businesses, interest groups, charities and industry associations in the country disbanding (as many of them run issue-oriented ads) and individuals also refraining from advertising their own views.

Calling for a shutdown is also clearly unconstitutional. Under section 2 of the Charter of Rights and Freedoms, third parties have the constitutional right to run paid ads during election campaigns, as defined by the Supreme Court of Canada’s 2004 ruling in the Harper v. Canada case (yes, Prime Minister Harper, then the head of the National Citizens Coalition, was the plaintiff in the case).

However, in that ruling the Supreme Court approved the limit on this right, which is contained in an amendment to the Canada Elections Act enacted by the federal Liberals. The limit was that third parties were only allowed to spend up to $150,000 on national paid advertising during the 37-day election campaign period, or $3,000 in each riding (indexed to inflation so that the limits are now $205,800 and $4,116).

Importantly, it is only a limit on paid advertising. There are no restrictions on individuals or groups spending money on events or debates, issuing news releases or op-eds, posting videos on Internet sites, posting to social media sites or sending emails to their group members or supporters.

Democracy Watch and the National Anti-Poverty Organization (NAPO – now known as Canada Without Poverty) intervened together in that case. The Supreme Court adopted the basis we argued for limiting the right – that allowing individuals or interest groups to run unlimited paid ads would allow them to dominate election campaign issue debates by drowning out other, less wealthy voices. And it would allow them to attack candidates whose campaign spending limits would prevent them from being able to match unlimited third party spending.

Commentators who disagree with the limit on paid advertising claim that ad spending has no definite effect on outcomes. While this is true, thankfully the Supreme Court ruled that a democratic election process is as important as the outcome, and that the limits are a needed, and reasonable, way to ensure a democratic process.

The current measures in the Act also prohibit donations from foreigners to third parties to pay for the election campaign ads, and require disclosure of all donors who pay for the ads. As a result, which some commentators have failed to mention, foreign governments, dictators, businesses and other organizations could be funding third-party pre-election ads any time before the official election campaign period begins.

The third big point many commentators have missed is that we have an unprecedented situation now at the federal level – the election date is generally fairly certain given the somewhat fixed election date set out in the Canada Elections Act, and this date has been known for at least a couple of months allowing parties and third party interest groups to plan their advertising long before the official 37-day election campaign period begins.

The fixed election date measure was enacted in 2007, and given the minority government no one knew for sure when the 2008 and 2011 elections were going to happen (especially given that Prime Minister Harper violated his own fixed date measure in 2008).

And so the current situation has revealed the gaps in the current measures in the Act that apply to federal third party paid ad spending. The gap can be closed simply by extending the limit to cover a longer period of time before election day – say four to six months. To keep the limit constitutional, it would have to be increased by a proportional amount – say from $205,800 nationally to $400,000-$600,000, and $4,116 in each riding to $8,000-$12,000.

As part of the 75 democratic reform changes the federal Liberals pledged recently, they have promised to extend the limit on pre-election party spending. The question is, why would they do this while leaving third party spending unlimited? And will the other federal parties promise to close this spending limit gap completely so this situation does not happen again?

However, even if this is done, everyone should realize that the extended pre-election campaign measures will only apply when there is a majority government. In any minority government situation, no one will know far in advance when the election is going to happen, and so there will not be a fixed pre-election period during which spending can be effectively limited.

To ensure fair issue debates in between elections, we should start with requiring disclosure of how much any individual or interest group spends on each issue campaign, and of campaign funding sources. If that reveals a huge disparity in funding, and funding sources, then donations to issue campaigns, or at least paid ads, could be limited.

All the provinces (four of which have some limits on third party ad spending during election campaigns) and territories also need to make these changes to restrict the influence of big money in their elections and politics.

Finally, the Auditor General in every jurisdiction should also be empowered to review proposed government ads and to stop them or require them to be changed if they are really just propaganda for the ruling party. The ruling party must not be allowed to use the public's money to promote themselves. The Ontario Auditor General is the only AG in Canada who currently has this power. Yet unfortunately, the Ontario Liberals recently made changes to severely limit the AG's power to stop partisan government ads.

Until all of these changes are made, big money will still dominate, and in some cases corrupt, elections across Canada.