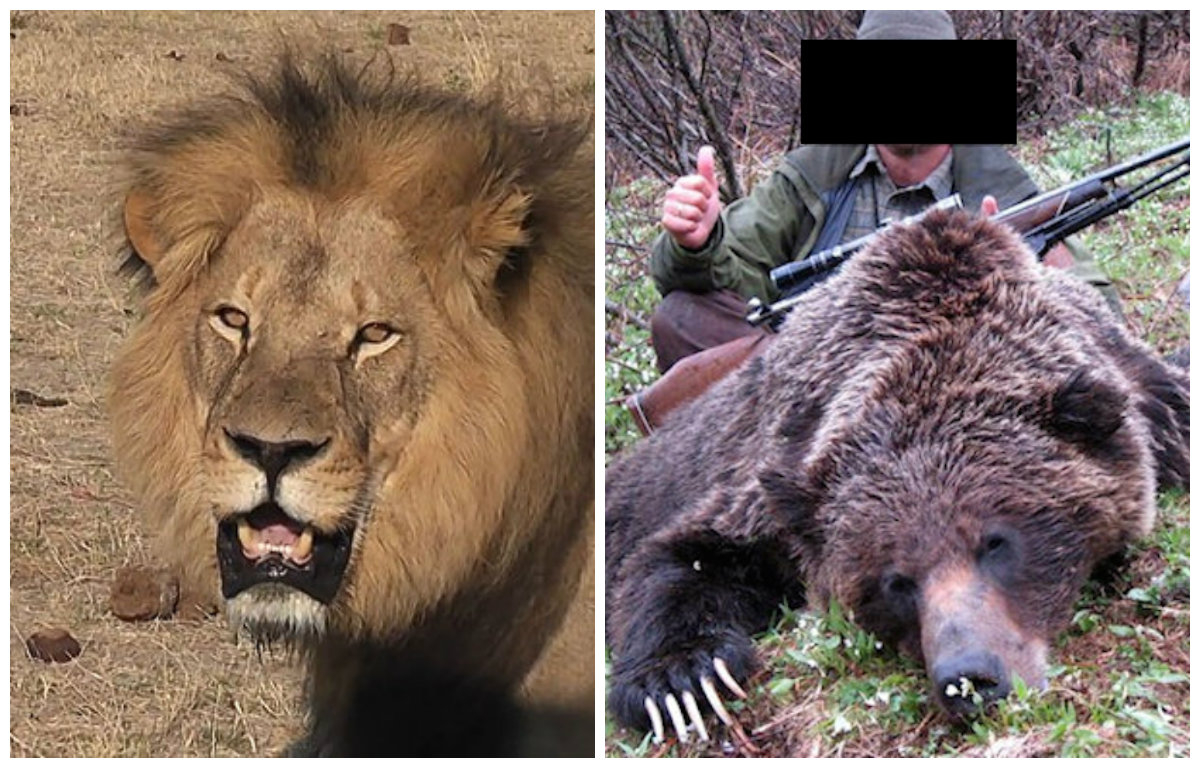 When an American dentist named Walter Palmer killed a popular lion named Cecil in Zimbabwe, he set off an avalanche of criticism and re-ignited debate about the practice of trophy hunting.

What Palmer did — pay $55,000 to bait Cecil out of the park, shoot and stalk it for 40 hours before ultimately beheading it —is similar to what happens on a regular basis to grizzly bears in northern B.C., known as the "Serengeti of the North."

Grizzlies, endangered in every part of North America except for Alaska and B.C., are killed by trophy hunters every year, despite polls consistently showing 80 to 90 per cent of B.C.'s population opposing the practice. Palmer, reputed for killing leopards and lions in Africa, also hunted black and grizzly bears.

Walter Palmer with bear he shot, location unknown. Photo from Palmer's Facebook page before it was taken offline.

The Vancouver Observer has covered the issue in depth over the past six months in the Trophy Hunting Reporting Project.

Cecil's story bears a remarkable resemblance to that of "Big Momma," a 700-lb mother grizzly which was a favourite of photographers for years. Big Momma disappeared from the Chilcotin region in 2014. Known as "super gentle" and a "thrill" for local bear viewers, many suspect she was tracked down and killed by a trophy hunter after the B.C. government re-opened the hunt near her feeding ground, despite overwhelming public opposition.

Patricia Zaat, the director for the International Fund for Animal Welfare in Canada, said trophy hunting often benefits only a narrow group of locals, and that ecotourism can be more profitable for a region.

"Kenya banned all trophy hunting in 1977," she said. "Their eco-tourism economy is now valued at $600 million. There's far more value in animals being alive."

Although a handful of hunters use grizzly meat for food, most bears are killed for their fur pelts.

"There's a sense of 'get them while you can' for endangered species," Zaat said. "Animals are dying to feed a desire for status."

She said polar bears in Canada used to be killed as trophies until the U.S. started to ban their import across the border, and suggests governments need to step in to prevent hunters from killing threatened animals as trophies.

The Vancouver Observer covered, over the course of the past six months, not only grizzly bear over-killing, but also the politics of trophy hunting, the view of Tsilhqot'in chiefs that grizzly killing on their land is illegal, and the efforts of conservationists and Indigenous groups to stop grizzly killing in their territory.