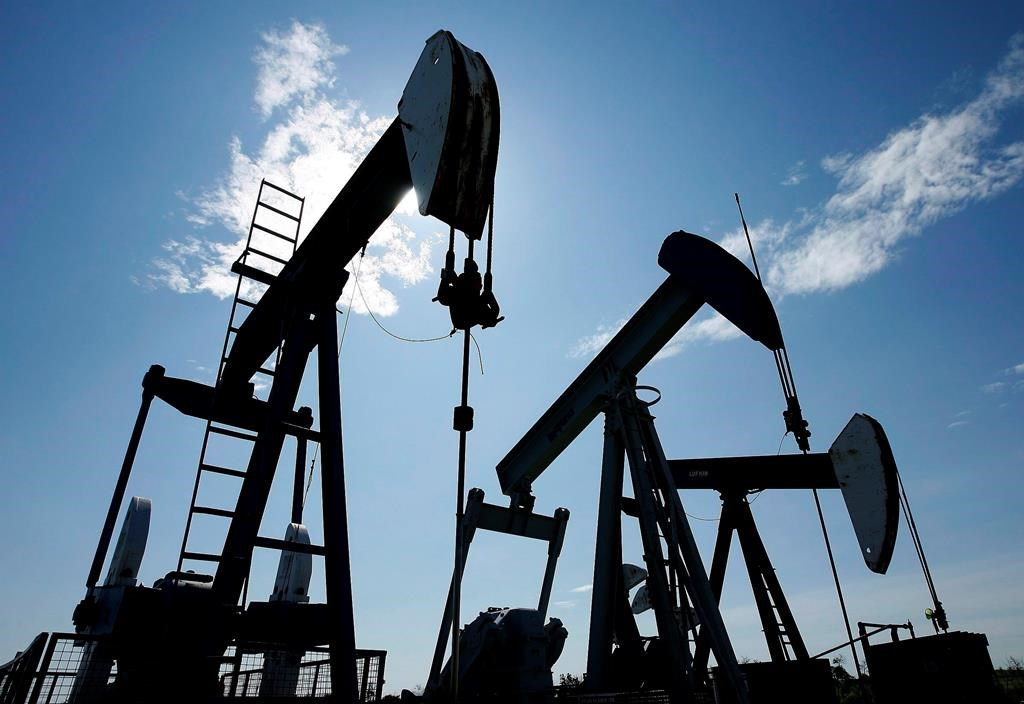 A program in Alberta to deal with thousands of dormant oil and gas wells that don't meet safety and monitoring standards needs to be strengthened, critics are saying — as falling crude prices could see a spike in the numbers of such abandoned wells.

Energy operators have brought about 3,600 wells in line with regulations as part of a compliance program the province launched in April. The Alberta Energy Regulator's goal for the 2015-16 fiscal year is just under 5,500 wells.

While that shows that the organization is two-thirds of its way to meeting its goal, that still leaves more than 22,100 wells that aren't complying with rules that govern fencing, testing for leaks, and other measures, said Carrie Rose, a spokeswoman for the regulator.

Rose said the program is meant to bring them into compliance over the next five years.

But Barry Robinson, the national program director for regions at Ecojustice, said in the meantime those wells could still contaminate the environment.

"In the worst-case scenario you can have a well that is venting something or leaking something and not being aware of it because you've never done the pressure testing that was required," said Robinson.

Jason Unger, staff counsel at the Environmental Law Centre, said the regulator should explain why operators were allowed to have so many wells not complying with regulations in the first place.

A bigger problem is that the program doesn't set deadlines for well closures, Unger added.

He said unreclaimed wells continue to impact the land and could affect property values, while an increase in the number of inactive wells means an overhang of liabilities for companies that may not be able to pay reclamation costs.

"It's reliant on the operator to determine when to abandon them," said Unger.

Concerns over inactive wells comes as the number of orphaned wells has swelled from 162 in March to more than 700.

Wells are orphaned when the company that owns them goes bankrupt or can't be found. The wells then become the responsibility of the Orphaned Well Association, an industry-funded group that was set up to deal with them.

Brad Herald, a director of the association, says low oil prices have contributed to an increase in orphaned wells.

"We know that given the economic times, there's probably more coming," said Herald.

Despite an increase in the number of orphaned wells, Herald doesn't think Alberta needs to set timelines for reclaiming old wells.

He said wells can be inactive for a variety of reasons, from waiting for the construction of a pipeline to holding on until prices recover.

But Robinson says the province should consider firm timelines for well reclamation like many U.S. states have, because many wells in Alberta have been sitting idle for years.

According to the Alberta Energy Regulator, of the roughly 77,000 inactive wells in the province, 18,000 haven't been active for more than a decade.

"If there's some good reason why the well's been inactive for five years and needs to be inactive longer, well then the company should have to justify that," said Robinson.

A spokeswoman for Environment Minister Shannon Phillips said in an email that the current NDP government will look at strengthening existing programs to address inactive and orphaned wells.