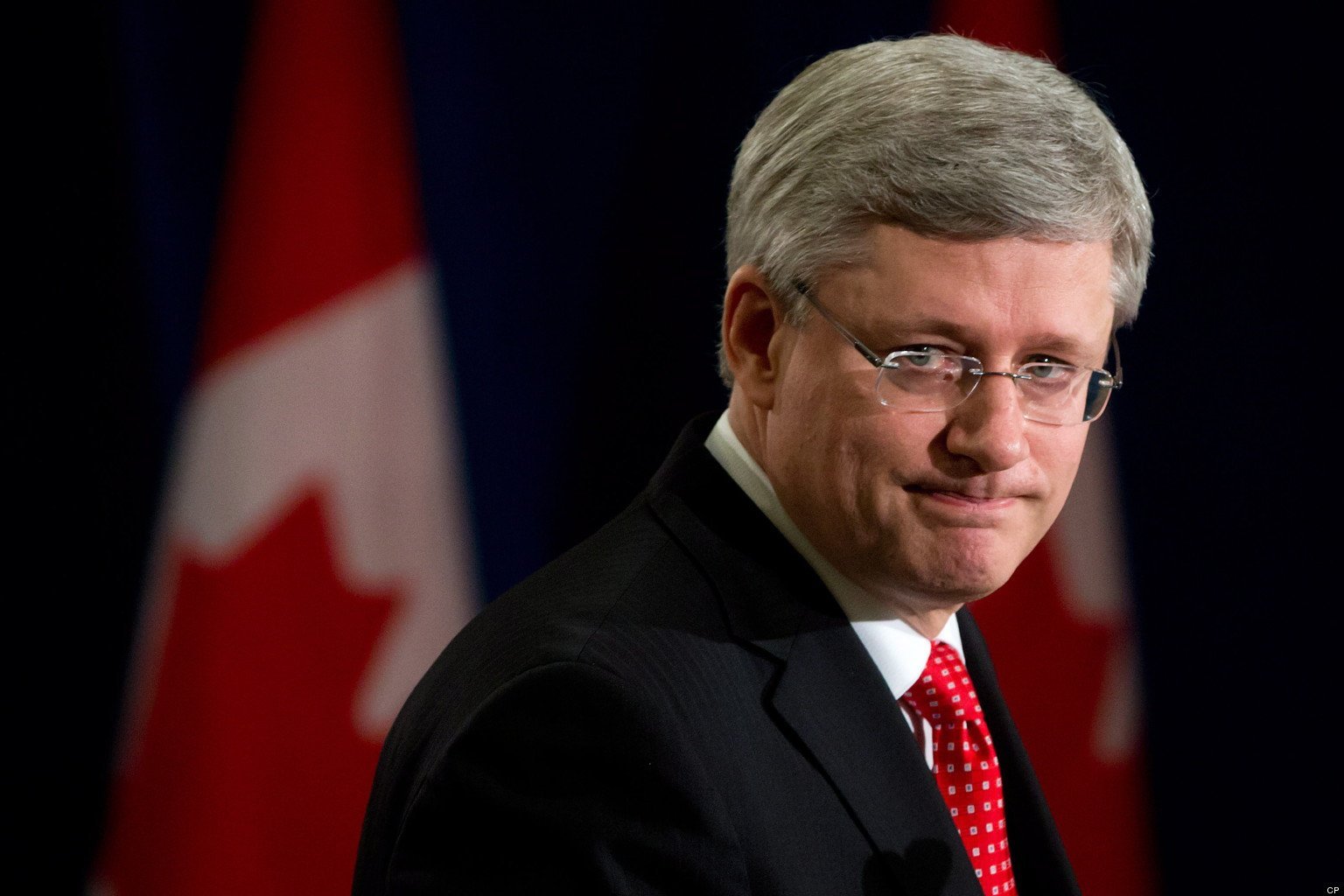 The RCMP should reopen its investigation into the Duffy affair and question the prime minister, multiple senators, and senior members of the PMO's current and former staff in light of new evidence, says an expert in high-profile criminal investigations.

As lead investigator of the Robert Pickton case, the largest serial killer investigation in Canadian history, former Detective-Constable Lori Shenher of the Vancouver Police Department was a real-life True Detective more than a decade before anyone thought of making a TV show.

Shenher, also an expert in commercial crime and witness interrogation, was hailed as heroic by Peel Regional Police Chief Jennifer Evans for her work with informants and witnesses.

I am a former Crown prosecutor, and over the last week, as new evidence emerged daily in the Duffy trial, Shenher and I followed the proceedings closely— and engaged in an extended series of recorded conversations and email exchanges over its importance from the perspective of a criminal investigation.

In distilled form, that long conversation is captured below.

'The prime minister needs to be interviewed at this point, too'

SG: As a former veteran police detective and interrogation expert, how has the evidence at trial changed your perception of this case, from an investigatory standpoint, especially given PMO lawyer Ben Perrin's evidence?

LS: This trial has raised so many new questions about the process, about the Deloitte audit, and what appears to be attempted manipulation of that audit by the PMO.

The evidence that has come from Perrin indicates expanded avenues that warrant re-investigation of Senators Tkachuk, Stewart-Olsen, Gerstein and LeBreton. I think they would all have to be re-interviewed based on that testimony.

I would be further investigating Wright, Novak and the others in the PMO for breach of trust, possibly perjury and whatever other charges I found appropriate in the Criminal Code. I’d bring them all back in for interviews to investigate further.

The prime minister needs to be interviewed at this point, too, given Perrin’s evidence.

SG: Are you concerned that the public is being confronted with disturbing new evidence and has no answer from authorities?

LS: Absolutely. By not speaking to this, in even the most muted terms, the RCMP could be interpreted as helping the current government, and that’s troubling. If this were any other organization in Canada where the public was getting daily concerning evidence of corruption, there would be comment or assurance to the public that this matter’s being investigated.

Has there been pressure on the RCMP not to comment on any investigation because we’re in the middle of an election? I worry about that. I don’t have a great deal of confidence that the RCMP are not under pressure from the PMO on this.

The bottom line here is that if the RCMP doesn’t pursue new investigations into this, that should also be grounds for a public inquiry into the entire thing.

SG: Current PMO chief of staff Ray Novak says, through spokesperson Kory Teneycke, that he wasn't in a meeting when Nigel Wright's cheque was discussed. Ben Perrin contradicts that in sworn testimony, while Wright is non-committal. As an expert in witness interviews and interrogation, how do you assess Nigel Wright and Ben Perrin as witnesses?

LS: One of the things that struck me is that Perrin at several points asserts his own sense of ethics and morality around decisions that were being made, without being asked.

That was a bit backwards with Wright, who didn’t seem as motivated by the right thing to do, but seemed single-minded around solving the problem.

But it’s interesting that [Wright's] responses don’t seem to be either clear denials or clear affirmations to the questioning. It’s as if he was trying to get a sense from Mr. Bayne about which way the wind was blowing before he would give an answer.

There was not an awful lot in Wright’s testimony about his own convictions, his own beliefs. That would be concerning to me as an interviewer and I would probe that a lot more deeply. You’d want to have that all fleshed out well before he’s testifying in court.

Perrin, on the other hand, just seems much more forthright in his testimony.

There was a real difference between the witnesses in describing the March 22 meeting where Nigel Wright’s cheque was discussed. There was a naturalness in Perrin’s recollection of Novak’s presence, where he says he “looked over at Ray Novak to see if he was as gobsmacked as I am” and he sees him with no expression.

That kind of detail and personalization of an experience is the kind of recollection of a truthful witness. Those things are really hard to make up. Most people, unless they are very skilled liars aren’t going to create that scenario, and if they do, it usually won’t come across as genuine.

There’s none of that in Wright’s testimony. He is clinical in his recollections, and rarely seemed to delve at all into the personal details.

'With lies, you just can't unring that bell'

SG: Perrin’s evidence is very black and white. There isn’t really a way out of this for Novak, short of calling Perrin a liar.

LS: Yep, and then Wright says Novak may have been stepping in and out of the room. Which is a careful way of giving Novak an opening without perjuring himself.

That’s the sign of maybe not a deceptive witness but certainly a cautious witness who has a lot to lose or is thinking of other people who could potentially be implicated. There’s a lack of full commitment to the story.

It’s like teenagers getting caught at something. There’s a hesitancy… because they don’t want to get anybody in trouble.

There’s an element of that in Wright’s testimony. His fence-sitting is a very noticeable quality of his evidence, in my view, because he doesn’t know which way the wind’s blowing.

SG: The timeline is important in this. At the time Ben Perrin originally told police about Novak’s presence at the meeting, he had no idea that two years later this would become a crucial issue.

SG: And someone who is manufacturing or tailoring a story has to keep a lot of balls in the air.

LS: The truth is the easiest thing to remember because it’s ingrained in our experience. The second-easiest things to recall are important and pivotal moments.

Some of my financial crime files were complex and large. When things were starting to go downhill for a group of people, most of the players were unable or unwilling to see it. They continued to commit their crimes or continued to try to cover them up.

Often groups of people like this come far too late to the realization that the house is falling down around them. By then it’s impossible — you can’t walk it back once you’re in that deep.

Especially with lies, you just can’t unring that bell afterwards.

'Who decided not to charge Wright, and was that in exchange for his testimony?'

SG: Many Canadians are wondering why Nigel Wright isn’t charged as sort of a partner of Mike Duffy’s in this. Considering that the investigating officer, Cpl Horton, originally contemplated criminal charges for both Wright and Duffy, how do you see this now?

LS: I wonder if, after executing his production orders, did Cpl. Horton still feel Wright had committed the offences in his Information to Obtain (production of documents) and if not, why not? What evidence, if any, did he obtain to change his mind?

Who decided not to charge Wright, and was that in exchange for anything in his testimony to help convict Duffy? Is that communicated in any documents and if not, why not?

SG: Is this case not akin to a drug transaction where if you can, you’d charge both both parties?

LS: That’s a good comparison, but if I’m a drug dealer and I press the drugs into your hand even though you’re telling me you don’t want them, then that case starts to fall apart a little bit.

It’s almost like a reverse robbery — “Here take this $90,000," almost by force. "Take this money because it’s a problem for us, and will help our problem go away.”

Based on the information I’ve seen brought forward by Cpl. Horton, I can’t see why Wright wasn’t charged. Just from what I understood even by Mr. Wright’s own testimony, it sounds like Mr. Wright’s office was exerting pressure on Mr. Duffy, who didn’t actually seem like he wanted to go through with this plan.

Someone has to pay a bribe for another to accept it.