Rare earth miners band together for survival in pricing downturn 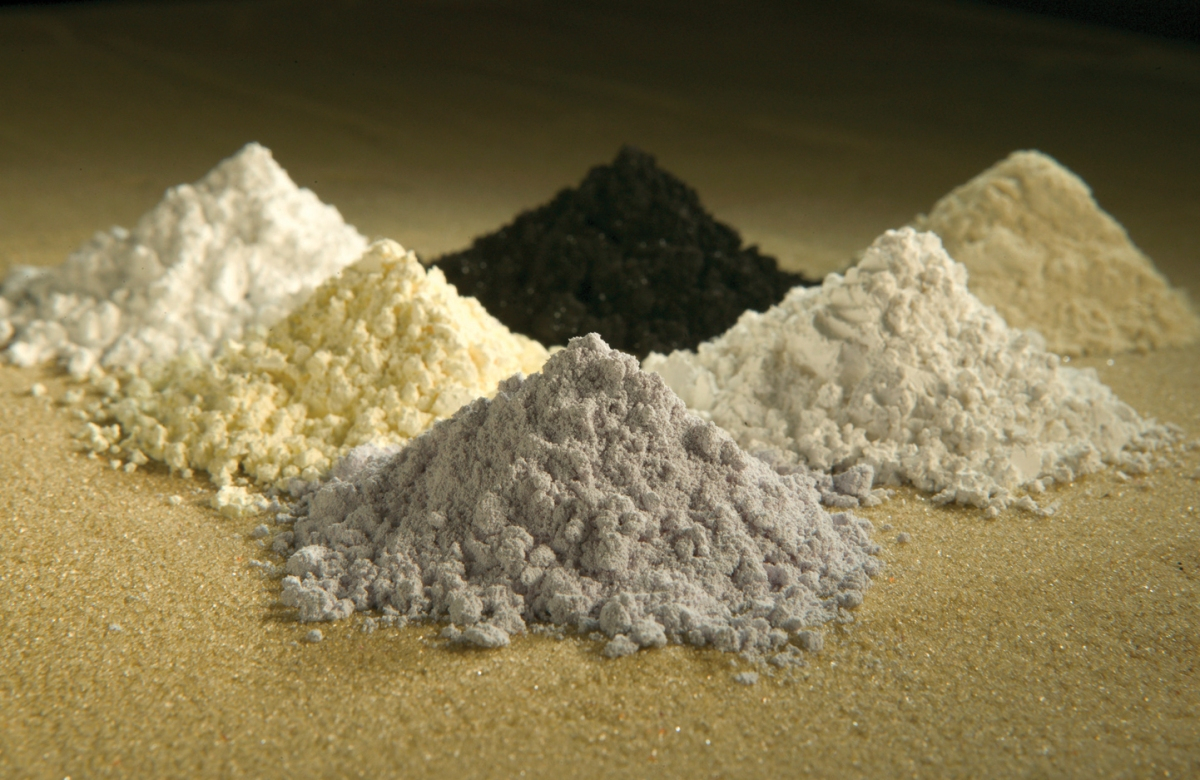 Examples of rare earth oxides used as tracers to determine what parts of a drainage basin are eroding (credit: Wikipedia).
Previous story
Next story

China is the world's major supplier of rare earth elements, prized for their unique properties — including powerful magnetic fields — and used in high-tech goods such as smartphones, laptops and electric cars.

Prices rose dramatically in 2011, and by 2013 there were at least 11 Canadian projects at the advanced exploration stage before a steep slide in value put a halt on development.

Ian London, who heads the Canadian Rare Earth Elements Network, said companies are instead working together to develop new methods for extracting and refining the 17 metals that make up the rare earth group.

"Now that there has been a lull that's gone on for a little while, folks have become much more realistic and are looking to address those challenges," he said.

In the 2015 budget, the federal government promised to allocate $23 million over the next five years on top of money it has already invested to help companies work together to address the technical challenges of mining rare earth elements.

London said the money and leadership from Natural Resources Canada has helped the companies work together.

"There are a number of challenges faced by each of the developing companies, and this funding has encouraged them to collaborate and solve them," London said.

The elements are called rare not because of scarcity but because they are not found in high concentrations, and are usually dispersed throughout an ore deposit.

Prices for the rare earth elements — the lanthanides, with atomic numbers 57 through 71, as well as scandium and yttrium — reached a peak in 2011 as demand for high-tech devices looked set to explode.

Control over rare-earth elements even became a plot point in the blockbuster video game Call of Duty: Black Ops II.

Yet headlines and heady prices led to oversupply, and prices have crashed. Europium saw some of the biggest swings of the rare earths, going from around US$600 per kilogram for much of 2010 to a peak above $4,200 in the second half of 2011 before falling back below $200 this year.

The downturn in rare earth prices has already resulted in the bankruptcy of Molycorp Inc., one of the largest producers outside of China, and Australian rare earths miner Lynas is struggling to stay afloat as its stock price has fallen more than 98 per cent since 2011.

Many of the minerals that contain the elements in Canada have never been used for commercial production, he said, and separating the chemically similar elements from one another during the refining process can be costly in order for processors to avoid significant environmental impacts.

"There are different challenges along the way as you go from a rock to a high-purity valuable technology metal," he said.

Government funding and co-ordination will be critical to turning the existing research into commercially viable products, Hatch said.

Boyd Davis, a principal at research laboratory Kingston Process Metallurgy, said that companies need to work together to identify the best practices for mining Canadian rare earth deposits because they differ significantly from those in other countries.

"For one group to do it on its own is difficult," he said. "You end up needing a Canadian solution, not just because you're patriotic but because you have a different situation."

Davis said junior mining companies are usually very competitive, and the government's work in the rare earths sector together was necessary to get them to work together.