Harper's career as a serial abuser of power, in one free volume 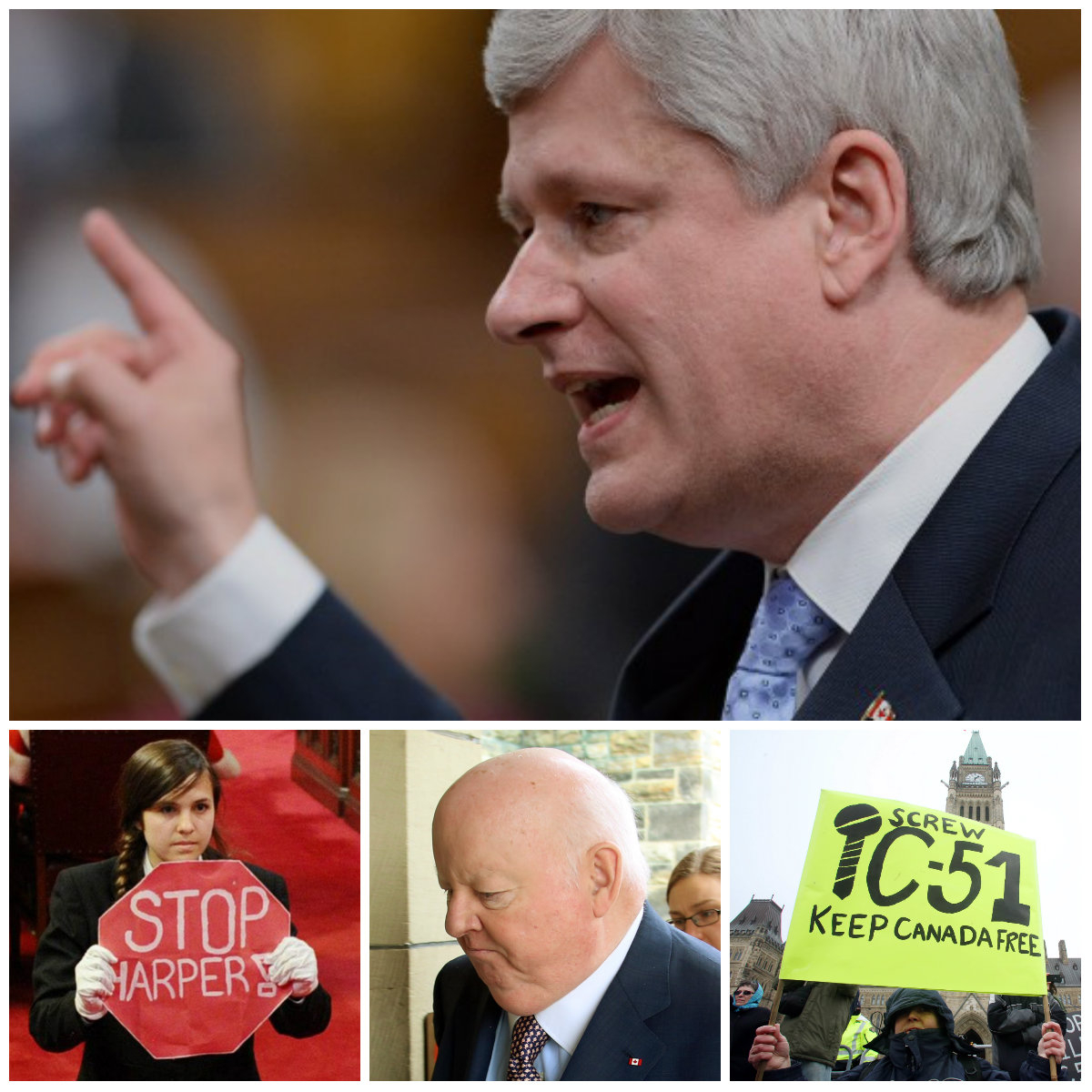 (Credit for all images: CP)
Previous story
Next story

The PDF summarizes and links to a wide variety to abuses, such as the RCMP investigation of the Mike Duffy scandal, the killing of the long-form census (and lies about StatsCan support for it), and the “book burning” of vast troves of research at government libraries.

It also includes the story of how Harper became the first prime minister in history to be found in contempt of Parliament.

Editor Robyn Smith notes that the list "is free of opinion about Conservative positions on the issues. It's not intended to advance any ideology or political party. Rather, it's a detailed portrait of the ruling party's record of breaking laws and breaching ethics that every party must be expected to honour."

The Tyee has billed it as a compendium of “seventy scams, smears and stings.”

News of the release has been said to have aroused essentially the same reaction amongst Conservative Party staffers across the country: “Really? Only 70? I thought we’d pulled off a hell of a lot more than that.”