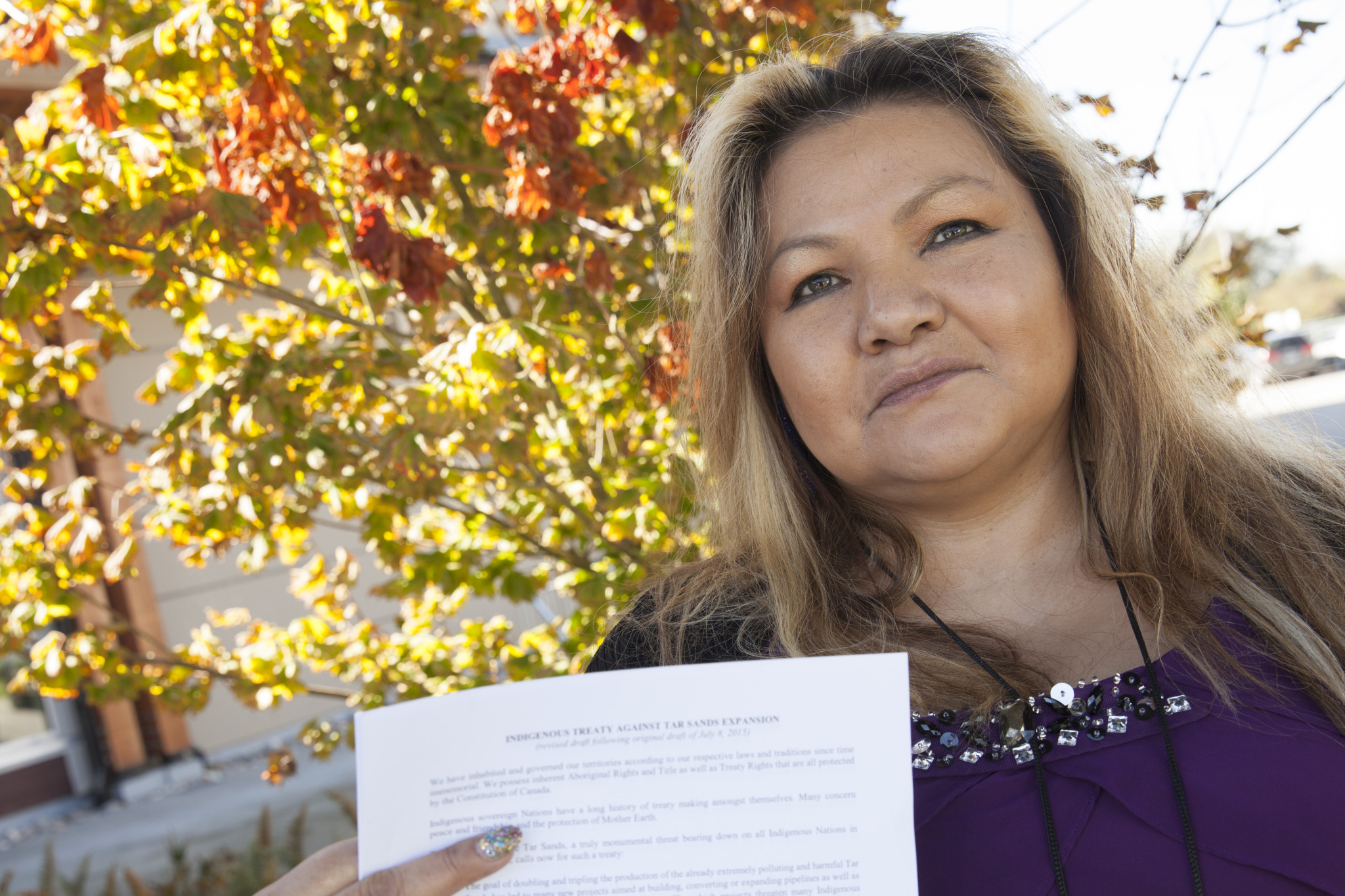 The six members of the Yinka Dene Alliance opposed to Northern Gateway include B.C.’s Nadleh Whut'en, Nak'azdli, Takla Lake, Saik'uz, Wet'suwet'en, and Tl’azt’en First Nations, all of whom have banned pipeline construction in their territories.

Harper would hold First Nations as “economic hostages” to continue oil sands development, while trying to convince Canadians that developing the oil sands is in their best interests, despite climate change and damaging impacts to the environment, said Geraldine Thomas-Flurer, coordinator of the Yinka Dene Alliance of six B.C. bands opposed to Northern Gateway.

The Harper government approved the project in June 2014. Opponents of the pipeline have condemned the National Energy Board’s review process for the as flawed, as it did not examine the long term impacts of pipelines, tanker traffic, spills, or oil sands development on climate change.

“We are living in climate change. There is a water shortage. Water is very pure for us and very sacred to us. Our salmon, our moose, our berries, everything that has to do with hunting and gathering is very sacred to us. Our people depend on it,” said Thomas-Flurer. “We do depend on the Earth and if they continue to try and expand the tar sands it would destroy our people.”