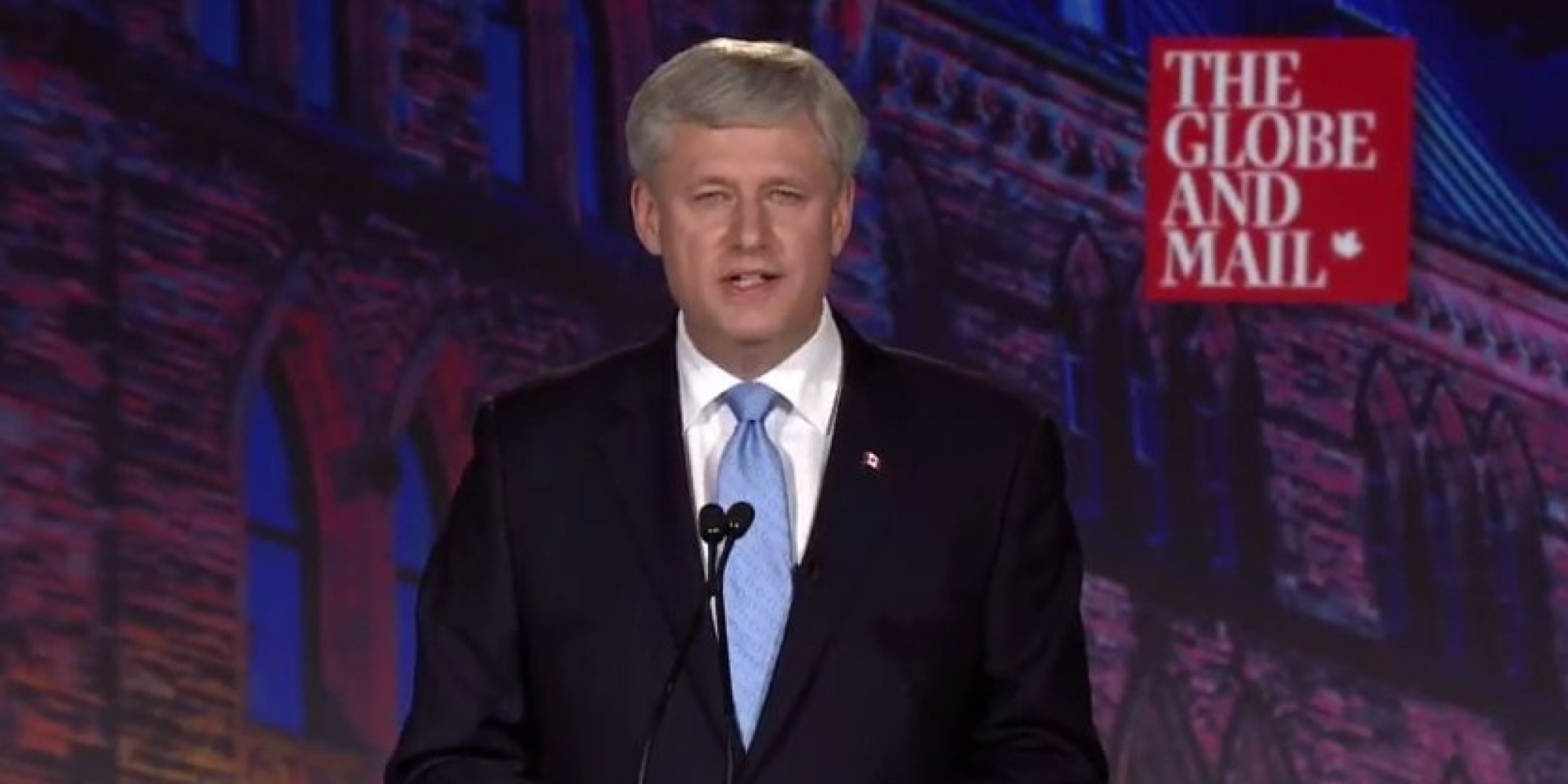 It's unprecedented in modern times for a Canadian leader to turn citizen against citizen, and race against race with the ugliness we've seen emerge in the 2015 election. Stephen Harper set torch to a Pandora's tinderbox of hatred, and the fire is spreading.

Last Tuesday, just days after the federal leaders' French language debate inflamed passions about the niqab, two teenage boys set upon a pregnant Muslim woman on a Montreal street, grabbing her headscarf and knocking her to the ground. Now we learn that a man accosted a Canadian-born, niqab-wearing mother out with her young daughters at a Toronto mall, blocking her way and driving his elbow into her.

As if it weren't horribly predictable that fanning niqab hysteria would lead to attacks on women. Authorities were well aware of the spike in violence against Muslim women during Quebec's debate over the proposed Charter of Values last year.

When Harper rolled the dice with women's safety, he knew they were loaded with snake-eyes.

It's all too reminiscent of the recent attack on a homeless Latino man in the US. Two Boston men, who claimed inspiration from Donald Trump's ravings against Mexicans, descended on their victim with a metal pole, beating and then urinating on him.

And now we have the spectacle of a Conservative MP in Winnipeg, Joyce Bateman, reading out a list of "enemies of Israel," and naming the illustrious retired Canadian general Andrew Leslie. And an RCMP tip-line for Canadians to snitch on their immigrant neighbours' "barbaric cultural practices." Apparently 9-1-1 isn't set up to handle those calls.

Jason Kenney, our minister of multiculturalism no less, shot back that it's “people like" Nenshi who are the problem. "If anything's dangerous," he said, "it's legitimizing a medieval tribal custom that treats women as property."

Has Mr. Kenney taken leave of his senses, or does he take us for idiots?

Hate isn't just metaphorical dynamite. It's a stone-cold killer, and it's nothing for politicians to play with. Things can spiral badly out of control and it's essential for our leaders to restore calm immediately.

Hatred cost Constable Daniel Woodall of Edmonton his life last June. The officer, a hate-crime specialist, was attempting to serve an arrest warrant on the anti-Semitic racist Norman Raddatz, for his relentless harassment of a local Jewish family.

Raddatz belonged to the sovereign citizen Freemen-on-the-Land movement, which, with a Canadian membership of up to 30,000, is currently listed on the FBI’s domestic terror watchlist. He was considered dangerous enough that eight officers went to execute the arrest — but it didn't help. Raddatz killed Woodall in cold blood, shot another officer in the back, and engaged police in a firefight before taking his own life.

In fact, the New York Times reports that right-wing extremists such as Raddatz pose a far greater terrorist threat in the US than radical Muslims. This fact is well known in Canadian security circles, yet the Harper government doesn't inform the public about that.

Instead, they prefer to relentlessly hype fear of Muslim terrorism for political gain.

So now, in Canada, Muslim women are stigmatized, humiliated, and afraid to walk our streets or take their children to the mall.

Canada has been subjected to a campaign of sickening race-baiting at the behest of the prime minister and a team headed by Australia's incendiary impresario of hate, Lynton Crosby.

Brought in to repair a disastrously broken Conservative campaign, Crosby’s specialty is inflaming suspicion and fear. He’s notorious for guiding the victorious Australian Liberal campaign in 2001 that saw government members gain votes by falsely claiming refugees threw their own children into the sea.

An advisor with the jam to turn public opinion against the parents of desperate toddlers in the ocean must have seemed too good to be true just a few short weeks ago.

No respectable candidate would seek political victory by turning Canadians against one another, but it takes a true coward to build a national campaign out of bullying minority women.

As Canadians we should demand that the prime minister rid this country of Lynton Crosby and his foreign cesspool politics, and put an immediate end to this nightmarish strategy before something truly terrible happens.

And once he's done that, Stephen Harper could dignify the office of Prime Minister of Canada and start behaving like someone who deserves it.