Conservative support evaporates in Labrador as Liberals close in 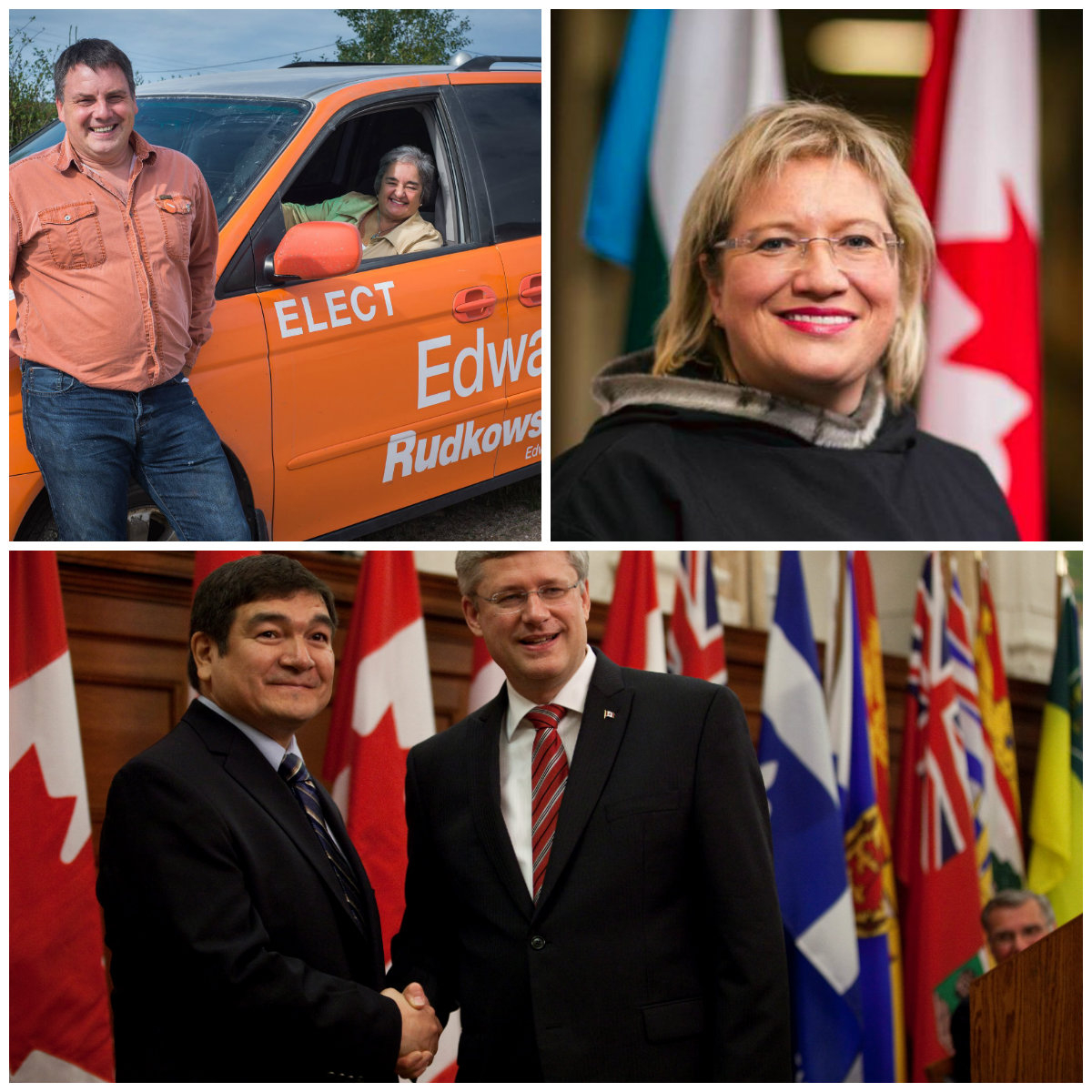 In the sprawling, isolated riding of Labrador, it looks like a Liberal sweep for incumbent Yvonne Jones. The latest polling information analyzed by ThreeHundredEight.com shows Jones leading with 56.1 per cent of the vote. The Conservatives and the NDP trail respectively with 29.5 per cent and 14.4 per cent.

No matter who wins the riding, a First Nations MP will go to the House of Commons. All three candidates are of First Nations descent, and Jones — a vocal advocate for an inquiry on missing Indigenous women — is of Inuit heritage.

An ex-provincial Liberal MLA in Newfoundland and Labrador and former leader of the provincial Liberals, Jones seized her chance to move up federally in 2013. That’s when allegations of election over-spending forced former Conservative MP Peter Penashue out of office.

Penashue, the first Innu to become a cabinet minister in the House of Commons and the first Tory elected in Labrador since 1968, is challenging Jones for the seat again. But political observers say it’s unlikely he stands a chance.

According to Christopher Dunn, a political science professor at Memorial University in St. John’s, the over-spending case, along with the failure to deliver much to the riding during his time as MP, will likely sink Penashue's campaign.

“The only thing that could save him, I think, is a spike in national Conservative support and the belief of constituents that the Conservatives are going to form the next government by a substantial margin,” Dunn said. “I think that might do the trick for him — but that’s looking like a slim possibility at this particular time.”

To be sure, the possibility appears to be growing more distant every day as the Liberals are now leading in the polls nationally and look poised to form the next government.

Penashue could not be reached for comment for this story.

Similarly, Jones did not return National Observer’s numerous calls to her campaign office over a two-week period, during which she was reportedly out of cell phone range.

Penashue blamed the 2011 campaign over-spending on the inexperience of his ex-agent, Reg Bowers, according to CBC News. Bowers appeared in Happy-Valley-Goose Bay court this week, pleading guilty to two charges under the Canada Elections Act.

Penashue’s campaign took in 28 ineligible campaign contributions totaling $27,850 in cash and $18,710 in in-kind contributions from Provincial Airlines. The Conservative’s campaign repaid the money to the Receiver General for Canada in 2012 and 2013.

Conservative MP Dean Del Mastro of Peterborough was hauled off to jail in handcuffs this year for spending $21,000 over his 2011 election limit, in order to purchase polling data.

The $18,000 in airline tickets from Provincial Airlines speaks to the considerable difficulty of campaigning in the vast riding of Labrador. Some 26,000 people are scattered across an area that’s roughly 1,400 kilometres from east to west and 700 kilometres north to south.

A volunteer at the Jones campaign headquarters gave National Observer a glimpse into just how hard it is to campaign in such a sprawling area. She said it would take Jones two days to reach four communities in the region. All the travel is done by plane and airline schedules determine the candidate’s schedule.

The large region comes with big problems. Campaigning in Labrador’s north, NDP candidate Edward Rudkowski (whose father came to Newfoundland as a refugee and whose mother grew up in Sheshatshiu and Northwest River) said he’s knocked on doors in Nain, where the interior of the houses are literally black with mould.

He said housing is one of the region’s main issues, and it’s not uncommon to find three generations living together in one home because of the shortage of housing.

In Western Labrador, the once-lucrative iron ore industry is faltering, sending the economy there into a downward spiral. Until recently the mining boom fueled the price of houses, sending the average cost of a bungalow sky-rocketing to $440,000.

But prices have sagged, not only because of the closure of the Wabush mine in 2014, but the more persistent rumours that the Rio Tinto-owned Iron Ore Company of Canada is facing a shut-down as well.

The massive tailing fields left over from the mining have brought another problem as well: giant dust storms that envelop the community of Wabush in choking clouds of grit.

In central Labrador, questions remain over the fate of the air force base, 5 Wing Goose Bay. Military briefings identified the base as expensive to maintain and low on the priority list, leading to fears it will be shuttered.

In the same district, construction on the Muskrat Falls hydro-electric project will end in 2017, wrapping up hundreds of jobs with it.

Not even the region’s stunning tourist attractions are inured from economic pressures.

“It’s magical out there,” he declares. The only problem is, few and fewer people are getting to see the site because of the conditions of the roads.

Battle Harbour is on Battle Island off of Labrador’s southeast coast. Once the salt fish capital of Labrador, the community is perfectly preserved. But these days fewer bus tours are willing to visit the attraction because of the poor roads.

Rudkowski said the dust from the dirt roads clogs the buses’ air conditioners and so tour operators have become more reluctant to travel the route. Similarly, many rent-a-car companies stipulate that tourists can’t take their vehicles on dirt roads.

In search of an effective voice in Parliament

For a region with so many issues, it needs to have its voice heard in Parliament. But by all accounts, Penashue wasn’t very effective in that regard.

Samara, a non-partisan organization that works to improve political participation in Canada, analyzed how many words MPs spoke in the House of Commons in 2012. Penashue ranked second from the bottom, uttering a laconic 977 words. In contrast the top third of MPs averaged somewhere between 40,000 and 55,000 words.

Penashue still appears to be keeping a low profile. Rudkowski said he hasn’t encountered the Tory on the campaign trail and while Penashue recently had some signs go up, the NDP candidate said, “As of yet, we’ve seen very little evidence of an active campaign anywhere in Labrador.”

Rudkowski is a novice politician. The senior finance professional was born in Labrador City, raised in Wabush and is a Nunatsiavut Beneficiary. He said the real problem in Labrador is a dearth of leadership.

For all of Labrador’s ongoing issues, the region produces a lot of royalties. They came from Wabush mine when it was still operating and still come from the Voisey’s Bay nickle mine, from Churchill Falls, the fishery and elsewhere.

“What I don’t see is a lot of that money coming back into the riding, so from our stand-point it’s a one-way road,” Rudkowski said. “When politicians are sitting down at the table and divvying up the infrastructure dollars, we haven’t gotten our fair crack and the only thing I can explain that with is we haven’t had a strong enough presence at that table.”