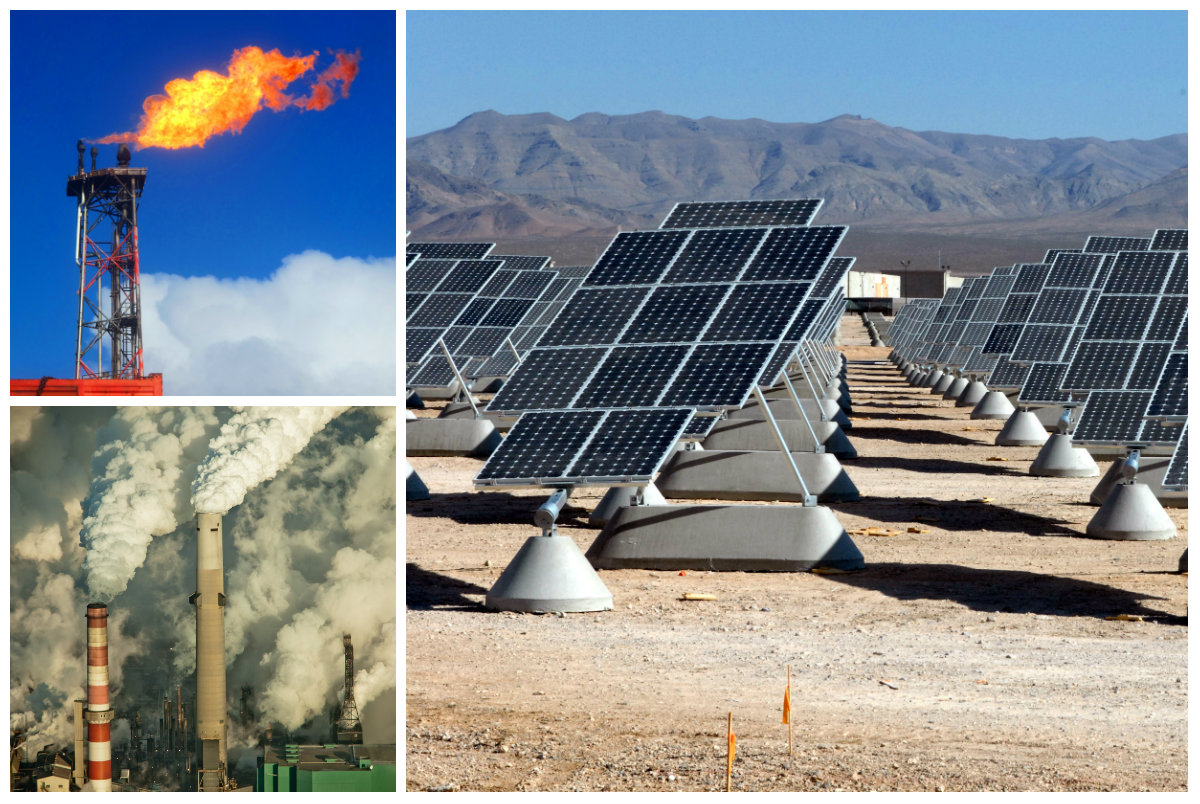 Provincial carbon pricing programs can both slash emissions and drive economic growth towards a greener future if managed correctly, according to experts. Despite some federal Conservatives' social media posts claiming that a carbon tax would have negative impact, carbon pricing plans would have little impact on the economy in the short term and positive effects in the longer term, according to experts.

“B.C has shown that you’re not going to hurt the economy if you move ahead with this policy and do it right,” said Dale Beugin, research director at Canada's Ecofiscal Commission.

Since it was introduced on July 1, 2008, B.C.’s tax may have had a slight positive effect: the province’s real annual GDP growth rate through to 2013 was 0.5 per cent in B.C. and 0.4 per cent in the rest of Canada, according to a report published by Duke University’s Nicholas Institute in May this year.

One possible reason may be that revenue generated from the carbon tax allowed B.C. to cut income tax, leaving more money in people’s wallets while penalizing only high polluters, making the program palatable to both voters and businesses who instinctively dislike the word ‘tax’.

“In summary, empirical evidence on the effects of the BC carbon tax on economic performance—though based on a somewhat limited number of studies—suggests little net impact in either direction. There is some evidence of negative effects in emissions-intensive sectors, such as cement, but the positive impacts in other sectors appear to compensate for those effects,” sates the Duke University report.

Currently, carbon in B.C. is priced at $30 per ton – twice as high as in neighbouring Alberta under that province’s emission intensity target – and three times higher than B.C.’s own initial price of $10 per ton in 2008. The cost rose by $5 per year until 2012.

However, the report also states that “no defensible conclusions can be drawn without a statistically rigorous assessment that controls for the wide range of factors other than the carbon price that may have affected economic performance in British Columbia and the other Canadian provinces to which that price is being compared.”

According to Beugin, B.C.’s carbon tax meets the definition of an ‘Ecofiscal Policy’, whereby a single carbon price exists and generates revenue, which B.C. has used to cut income taxes.

“Each provincial policy is independent: so all revenue stays within provincial borders. Note that only one option for revenue recycling—reducing personal income taxes—is considered,” states an Ecofiscal Commission report titled ‘The Way Forward’ released in April 2015.

Ecofiscal has mapped out a total of four categories under which carbon pricing falls: inflexible regulations whereby polluters pay for their own carbon reductions, but pay no price on their remaining greenhouse gas emissions; flexible policies whereby contributions of different sectors vary according to their relative costs of abatement; Ecofiscal Policies; and Linked Ecofiscal Policies.

“In this scenario, provincial governments are assumed to implement the same policies as in [Ecofiscal Policies], but now allow for permit trading between provinces. As a result, emitters in provinces with higher marginal abatement costs can purchase emissions permits from provinces with lower marginal abatement costs. The result is the same total amount of emissions reduction for Canada, but a single carbon price across all provinces,” states Ecofiscal’s report.

A linked Ecofiscal model has already emerged linking California, Quebec, and more recently Ontario, all of whom are using cap and trade mechanisms to help wean them off fossil fuels and onto renewable power.

Even before Ontario signed on earlier this year, the Quebec-California carbon market generated more than $1 billion in revenue from it’s second-ever carbon dioxide auction held in early 2015 that is being pumped into clean energy and emissions reduction initiatives, consumer bill relief, and other government operations.

According to Clean Technica’s website, the CO2 auction proved a success, with every last one of the 73,610,528 2015 allowances selling out at a clearing price of $12.21 per ton of CO2 emitted. This price was 11 cents per ton above the auction floor price.

“This allows each of those individual provinces to customize their policy designs but still move towards that broadly consistent carbon price that maximizes performance of the policy overall,” said Beugin.

As of April 2015, Quebec alone had generated $330 million in revenue from its cap and trade program, a figure expected to rise to $2.5 billion in revenue through the selling of permits to high-polluting industries. Such revenues are helping to fund Quebec’s transition to a low-carbon economy.

“What has been happening is that we created a green fund and we’ve been investing hundreds of millions of dollars in things like transit, home energy retrofits, energy-efficiency programs for large and small companies, investment in the development of clean technology. Those are some of the concrete results,” Steven Guilbeault, of environmental group Equiterre, told the Toronto Star in April 2015.

However, the California-Quebec carbon market now has a new member in Ontario, which announced its own cap-and-trade program in April 2015, three months before hosting the Climate Summit of the Americas in Toronto, which brought 22 provinces, states, and municipalities from across North America under one roof to forge a path towards a greener future.

As it joins California and Quebec in curbing emissions, Ontario is also forging its own path towards a low-carbon future, having already shut down all its coal power plants and unveiling plans to electrify its railway network, as well as committing to a mid-term greenhouse gas reduction target by 2030.

Owing to its being revenue-neutral overall, B.C.’s carbon tax does not directly fund renewable energy nor clean technology development, despite its achievements in slashing pollution.

A path to a greener future

Despite not generating any additional revenue for the province through its carbon tax, B.C. could still boost a Canada-wide push towards a low-carbon economy by coupling its massive hydroelectric capacity with Alberta’s huge potential as a future wind and solar hub.

With its extensive waterways and expanding dam infrastructure, B.C. could serve as a ‘battery’ for the whole of Western Canada, supplying power to Alberta on days when wind and solar output on the prairies are low.

Other provinces that could act as hydro ‘batteries include Manitoba and Quebec, who could help supply Saskatchewan and Ontario respectively on low-output days.

Like Alberta, Germany has mostly flat terrain that is ideal for building both large solar plants and wind turbines. It also has a reserve ‘battery’ supply in the form of Norway’s well-developed hydroelectric grid that can export power to its European neighbours.

Similar to B.C., Norway is a land of lakes, fjords, inlets, and mountains that is an ideal locale for dam-building.

Such a transition would parallel that of Germany, which is aggressively investing in renewable energy and reached a major milestone on July 25, when it met 78 per cent of its energy needs through solar, wind, and other green power sources.

However, for Canada to realize such a vision would require action from the federal government on a similar scale to the US, whose recently-announced Clean Power Plan commits America to slashing power plant emissions 32 per cent on 2005 levels by 2030, while driving greater investment in renewable energy sources.

A Canadian federal government that provided subsidies to green power development – as it does for every other industry from aerospace to oil sands – would allow Canada to become a renewable energy superpower that could export electricity to the USA.

“One of the things we’re proposing is a clean energy infrastructure fund so the federal government can play a role,” said Smith.