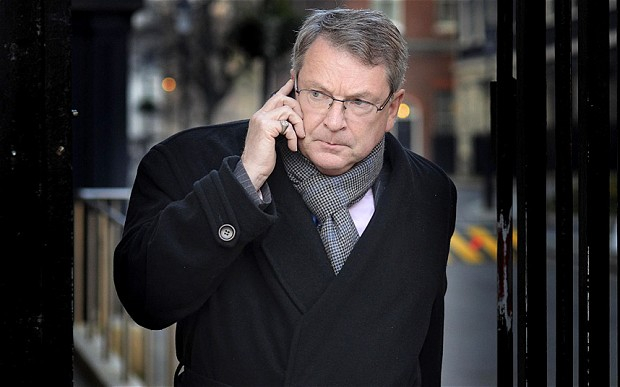 Crosby's apparent departure could not have come at a worse time for Harper, who is falling behind in the polls to Justin Trudeau's Liberals. The prime minister is facing widespread criticism for speaking at a Toronto rally on Tuesday with scandal-plagued ex-Toronto mayor Rob Ford in attendance, who has previously admitted using illegal drugs including crack.

Crosby's business partner, Mark Textor, has recently been ramping up efforts to distance his partner from Harper's campaign, a full month after reports that Crosby was hired by the Conservatives.

At time of writing, Crosby's supposed whereabouts could not be confirmed by those in the know, but Twitter users have already swung into action, many of whom are mocking both Crosby and Harper online under the #notincanada hashtag.

The hashtag was originally set up by Textor to demonstrate that the strategist was not physically in Canada during the election, showcasing him admiring landscapes or biking and not helping Harper. When Maclean's asked what Crosby's role on the Conservative campaign was, Textor replied, "Nothing."

National Observer also tried contacting the Crosby-Textor Group's offices in both Sydney and London for more details, but none were forthcoming at time of writing.

Right-leaning British blogger Paul Staines, who has written about Crosby under the name Guido Fawkes, told National Observer that he had "no insight" about the strategist's latest activities.

Some suggest that Crosby left Harper's campaign after becoming upset over the prime minister's decision to seek backing from both Rob Ford and his brother Doug, widely seen as a last-ditch gambit to retain power.

Crosby, who has a proven track record of helping right-wing politicians get elected in both his native Australia and the United Kingdom, is known to run a disciplined campaign by focusing heavily on vote-winning core messages such as the economy or immigration.

In 2001, Crosby helped then-Australian PM John Howard win re-election by having him claim that Afghan asylum seekers were throwing their children into the sea, using emotional blackmail to enter the country via boats.

More recently, Crosby is alleged to have used the phrase “f***ing Muslims” while working as an advisor for London’s Conservative mayor Boris Johnson during his 2012 campaign for re-election, according to an article published on Nov. 17 of that year in the Daily Mail.

In Canada, Crosby's hand is widely believed to be behind arguments over the wearing of niqabs at citizenship ceremonies, a row that may have contributed to a spike in anti-Muslim hate crimes that included an assault on a veiled pregnant woman in Montreal.

Even before the niqab row erupted, PM Harper faced criticism from his Liberal, NDP, and Green opponents for uttering the phrase "old stock Canadians," at last month's leaders debate in Calgary. Once again, many believed Crosby to be behind such messaging.

"A political party doesn't take that road unless it feels like it's in quite a lot of trouble,” said Justin Di Lollo, an Australian Labor Party strategist, to the UK Guardian.

“In politics, it is entirely possible to excite negative attitudes in the community and turn them into votes, but that can come at a terrible price. It can undermine community harmony and attitudes towards tolerance. [Crosby] has probably one of the world's best capacities to utilize this sort of campaigning."

While Harper's Conservatives have indulged in similar fear-mongering over immigrants, refugees, and niqabs, the tactic does not appear to have helped the Tories in the long term.

After experiencing a brief rise in support, including in the NDP's Quebec stronghold, the Conservatives are once more behind Justin Trudeau's Liberals, whose more upbeat messaging of investing in infrastructure, the middle class, and welcoming immigrants has won them fresh support.

According to the Oct. 15 Nanos poll, the Grits are leading at 37.1 per cent support, well ahead of the Tories' 29.4 per cent, while the NDP are trailing in third place at just 23.7 per cent.

The CBC poll tracker is also projecting the Liberals as this election's front-runners at 35.6 per cent support, enough for them to form a minority government of 140 seats. This leaves Trudeau's party 30 seats short of a majority.