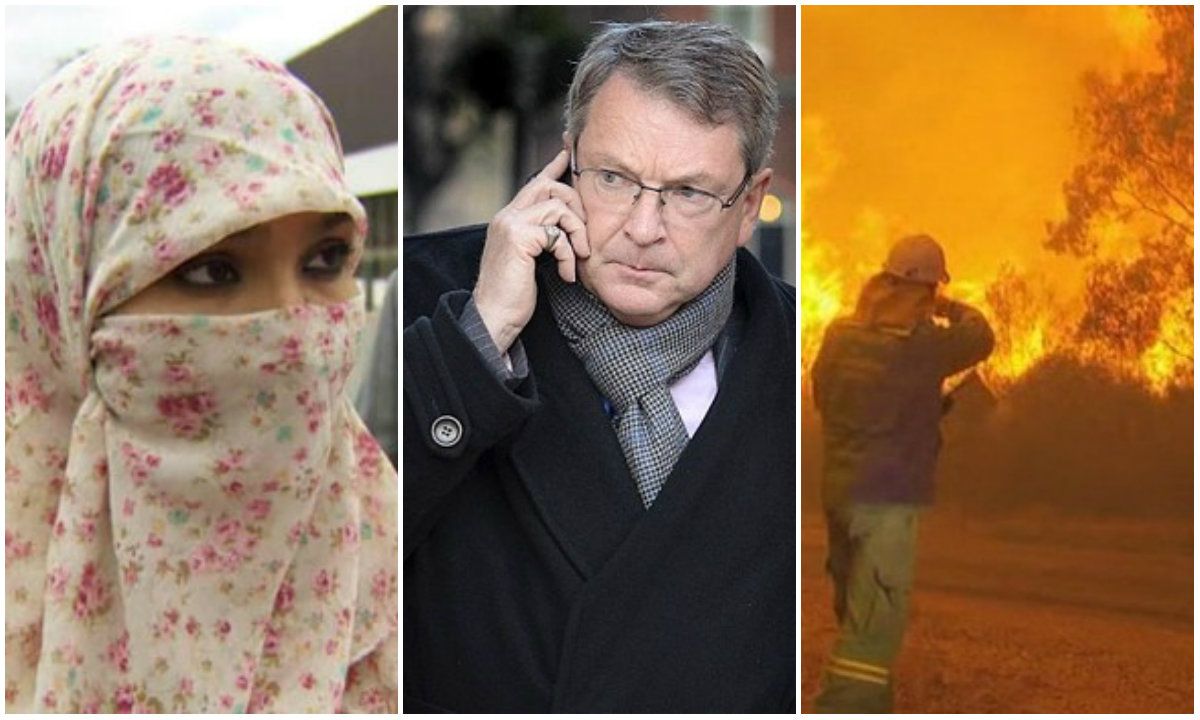 Lynton Crosby is just the sort of fool Stephen Harper really likes. And that’s why Harper has begged him to fly across the pond and rescue his losing election campaign.

How is the infamous “master of the dark political arts” from Australia attempting to rescue Harper from a descent into political obscurity?

He’s doing it with his infamous political parlour trick, called “Throw a dead cat on the table.”

The dead cat in this case is….well, actually there are several. But in case you haven't heard of it by now, here’s how the trick works. Picture this scene.

You’re having a pleasant, not-so-taxing conversation with your family and some friends, when your shy younger sister, out of the blue, drops an emotional bomb – say, that she's just admitted to herself that she's a lesbian and wants the family's support.

Your mother, who doesn't want any discussion about this topic, suddenly has a horrendous, violent coughing fit and staggers out of the room, trailed by several deeply concerned “first responders.” Meanwhile, all thought of the announcement from your sister has vanished.

That’s the method. Distract attention from real issues with manufactured but emotionally disruptive superficialities, like throwing a dead cat on the table. Everyone forgets about the important issues that need to be dealt with, until the election is done and dusted.

Lynton Crosby’s made a lot of money, from politicians around the world, by repeatedly using this political sleight-of-hand.

The list of Harper’s own dead cats is long. But Crosby's new deceased tabby is the niqab issue.

They both know many Canadians can’t get their heads around the complex cultural and religious meaning of this form of dress, and so they will reject the niqab outright – and the woman wearing it. They’ll get mad, they’ll get racist, and they'll attack random Muslim women in front of their kids.

And many will vote for Stephen Harper, who is convincing voters that a piece of fabric is the most important national issue ever. Not the economy, not the environment, certainly not health care.

Well, the niqab will be a national issue, at least until October 19. After that, the joke is on voters.

Stephen Harper is no slouch at winging deceased felines on the table himself.

His favourite dead cat is the imaginary wave of bearded and heavily armed Islamists who, he avows, are about to pour into Canada and cause mayhem and murder. Unless, of course, he gets re-elected and saves the nation.

His other favourite moribund feline is saying, over and over and over: “the fragile economy.” As if he had no part whatsoever in making it fragile. The second part of this particular narrative is his famous fake “balanced budget,”cobbled out of EI money, the premature sale of GM shares, and the government’s emergency fund.

These dead cats are there for one simple reason: so we fixate all our attention on them, and forget about more substantial things that Canadians really have to deal with.

Issues like job creation — renewable energy development would supply more jobs than fossil fuel exploitation, and it's more secure because renewable energy is the industry of the future and is expanding rapidly worldwide.

Issues like student debt, which is creating angst among young people. Declaring bankruptcy, according to a local credit union loans officer in my hometown, is now a common and almost restorative procedure for people under 30.

Issues like eroding democracy, with legislation including Bill C-51 (which assaults your civil liberties) and Bill C-24 (which makes anyone with dual citizenship liable to deportation) and Bill C-23 (which makes voter suppression radically easier).

And especially big issues like the environment, and climate change, which Harper is appears to be denying because of his personal, idiosyncratic interpretation of the Bible. Never mind that the Pope and World Council of Church’s views on the issue are a trifle different.

Lynton Crosby's no fool....well, actually, he is

Lynton Crosby may be a consummate political tactician, but he's also a fool in my view because he clearly takes the view that elections are more important than the state of the planet we live on.

He seems to believe helping Harper win a fourth term is more important than the safety and survival of future generations.

He’s convinced that debating the niqab is infinitely more beneficial to Canadians than heeding the warnings of more than 2,000 scientists from 154 countries doing research and contributing to reports from the Intergovernmental Panel on Climate Change.

The effects of global warming

Perhaps Lynton Crosby left Australia for England because he didn’t want to face the reality of what’s happening “down under," where his company was chief external strategist for ex-Prime Minister Tony Abbott.

It’s pretty hard to ignore climate change these days in Australia. Australia is now “baking” under a horrendous heat wave, an extreme weather event which is one of many that have increasingly battered the island continent, and his own country's scientists have closely linked to global climate change.

Crosby perhaps couldn’t take the heat in Australia, so he’s come up north to the gentler, more temperate part of the planet. Here, he can deny climate change reality, and spend his days blithely tossing dead cats onto the tables of Canadian voters, all the while being richly rewarded for his work by our prime minister.

Let’s hope Canadians will forget all the cats that Harper and Crosby have flung in front of them, but won’t forget to vote on October 19.