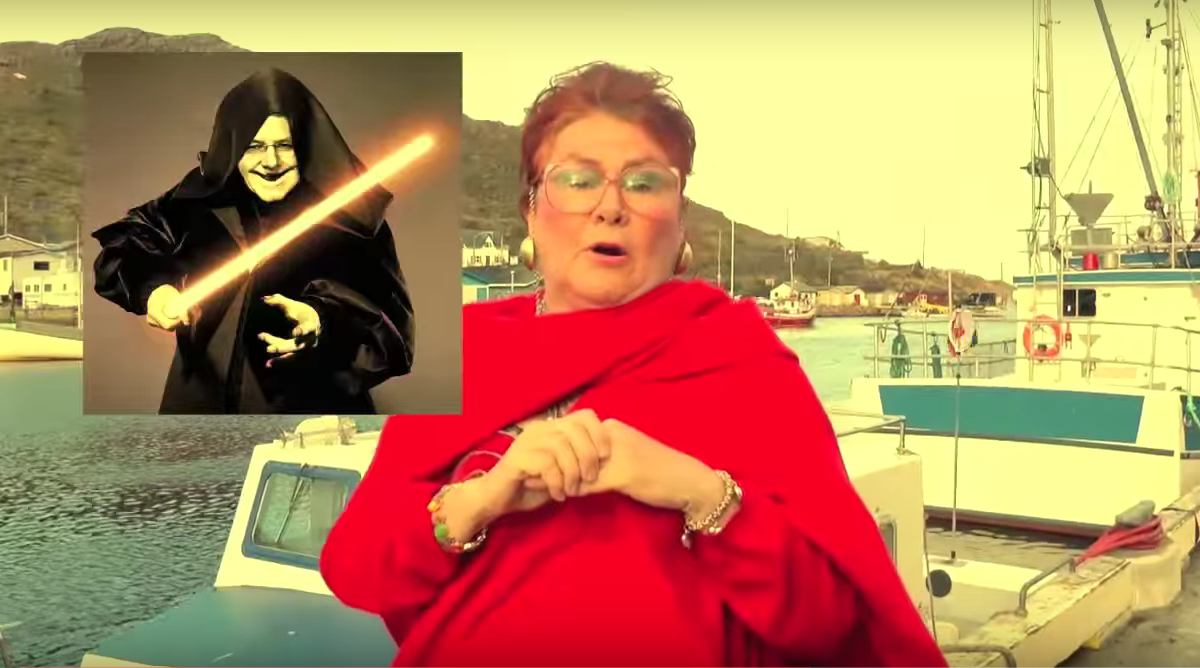 As the Liberals and Conservatives battled it out on the national stage Monday night, two of Harper’s most vocal opponents in the latter stage of the campaign spoke to the National Observer.

“It just shows how disgusted people have been with the Harper regime, how they’ve treated public servants in particular,” Turner said in a phone call from an open stage in Ottawa, where he was playing with other musicians.

“You’ve heard about the muzzling of scientists. In my case, it was more like freedom of expression. They sidelined me for eight weeks because I wrote a song when the Charter of Rights clearly says I’m entitled to do that.”

Turner recently retired as a research scientist with Environment Canada after the Harper government suspended him for writing his Harperman song.

Since releasing the song, more than 700,000 people have watched it on YouTube. In late September, a cross-Canada Harperman singalong was held to protest the muzzling scientists and Turner.

Currently, a Hamilton-based film company is making a documentary about Turner’s suspension and the issues it raises for freedom of expression in Canada. The project is titled Harperman: A Dissident Serenade.

Turner noted that under the Conservatives pure research had dropped to nothing. “There’s no pure research going on at the National Research Council any more. It all has to be supportive of business objectives.

“That’s doesn’t bode well for the future of Canada.”

Turner said pure, investigative research is needed to help propel the country forward to help it deal with future issues such as climate change. “The industry is addressing the issues here and now. We need to have a bigger vision than that.”

Turner is hopeful that under a Liberal government, science would do better than it has during the last nine years. He noted the Liberals have promised to invest in innovation.

“I didn’t hear that from the Conservative Party. It was like business as usual for them and it’s not a very pretty business.”

He said the Liberals are bringing a really strong message of change and hope for Canada.

In Newfoundland, watching the ridings turn red one after another, Mary Walsh exclaimed, “I could not be happier.”

Walsh, a This Hour has 22 Minutes founder (with Rick Mercer, Cathy Jones and Greg Thomey) has won 18 Gemini Awards. Her alter-ego, Princess Warrior Marg Delahunty is beloved for comic ambush interviews with individuals such as Rob Ford and Mike Duffy.

In the lead up to the final days of the election, Walsh released two videos lampooning Harper and the Conservatives.

Walsh mockingly called Harper, “King Harper,” adding that “somebody suggested where he turned the country into such a horror show, instead of calling him King Stephen”, they should call him Stephen King.”

Walsh said traditionally and consistently Canada has done much better as a country under the Liberals. “Tory times have always been hard times.”

According to Walsh, “Stephen Harper has done an immense amount of damage and I don’t know if it’s going to be fixed in my lifetime.”

Walsh said with Harper gone, “he won’t be able to stomp around the country, demanding that peoples’ eyes be put out if they happen to glance at him.”

Walsh said earlier in the day, she saw an old photo of Pierre Trudeau with his child in his arms and his wife striding a couple of steps ahead of him, in the north, striding across the tundra,

“I hate to be sentimental, but it made me cry,” Walsh said. “Well, it didn’t make me weep, but a tear came to my eye. It seemed so hopeful and we’ve had such dark times.”

Walsh said at a rally in St. John’s last Saturday she heard them introduce Harper. Here she dropped her voice a tone and growled: “We live in such dark and dangerous times. Here’s the man who will help us get through this dreadful time.”

Walsh worries the Liberals will face a massive job trying to fix the problems the Conservatives have caused “and people will be very disappointed and angry with them and all that stuff that happens. But still it seems hopeful.”

While Walsh believes the Trudeau family isn’t perfect – “I’m not expecting them to be Leave it to Beaver” – she said there’s “something about them that just seems so hopeful.”