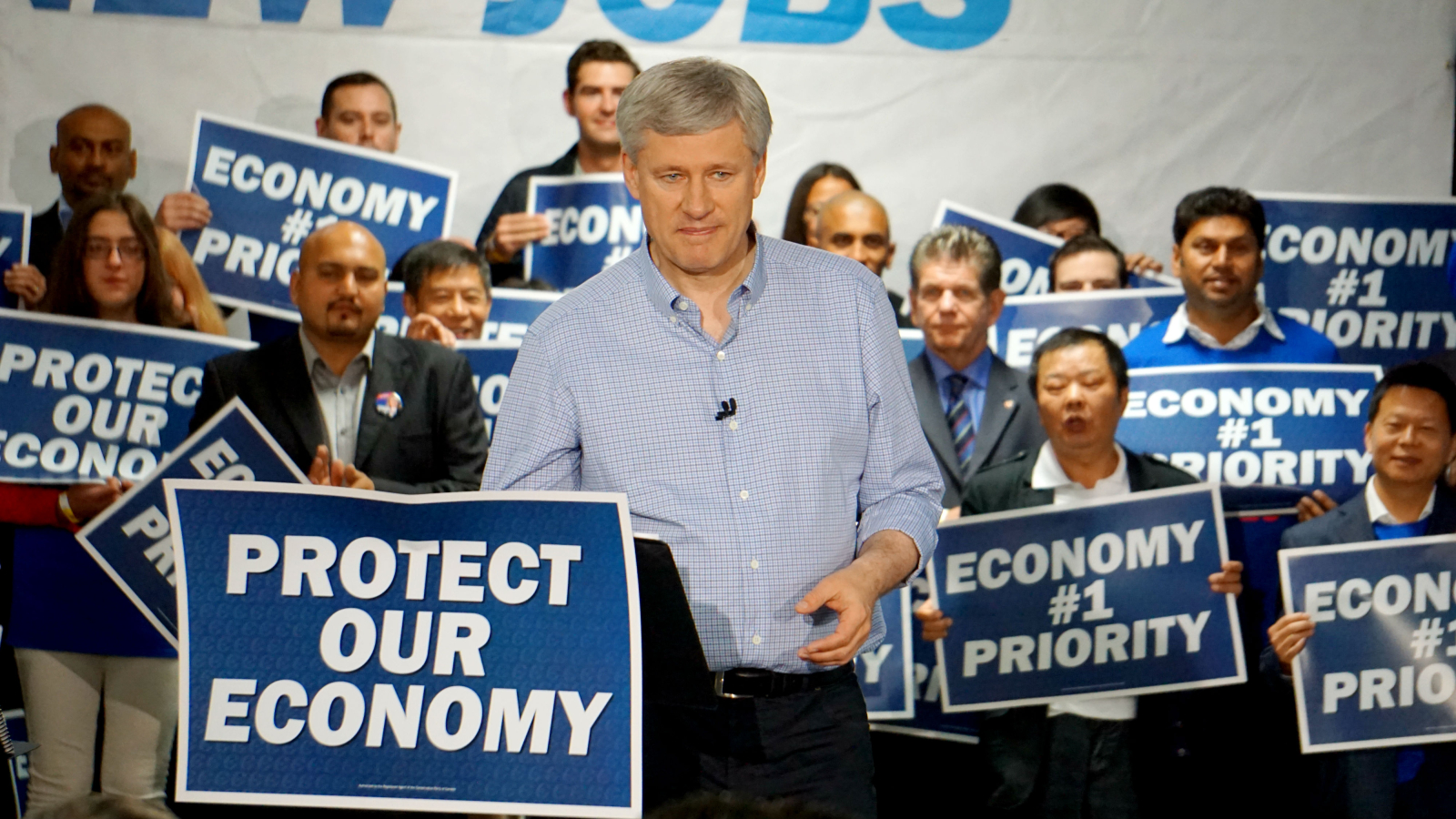 Last night, Stephen Harper, possibly the most brilliant political strategist Canada has ever seen, defeated Stephen Harper. And he will never forgive himself.

Harper's endgame from the day he helped create the Reform Party was never just about winning, it was about wiping the Liberals off the map. After a Game of Thrones style coup that amputated the Progressives from the Conservatives, Harper set out to create an electoral universe where the ReformaTories would demolish the Liberals, divide the opposition and become Canada’s new “Natural Governing Party.”

And he might have gotten away with it too, if not for that pesky kid.

Harper might be the only person in Canada who’s more upset about the NDP’s return to their status as “conscience of the nation” than former future prime minister, Thomas Mulcair.

What will haunt Harper forever isn't losing the election — but the fact that it was his own hubris (the long campaign), strategy (the fixed election date) and attack ads ("just not ready") that not only revived the Liberals, but elected a man that Harper would have given both kidneys to crush.

Steve didn’t just call our next Prime Minister “Justin” to be dismissive: there is likely no other word the future oil patch lobbyist finds more offensive to utter than “Trudeau.”

Harper has repeatedly won ugly. His party has often been caught breaking election laws and accepted any penalties, including jail time, as the cost of doing business. And this election, he was determined to win ugly, hiring an Australian political strategist known for race-baiting tactics and running a campaign of fear that targeted Muslims.

It was a flashback to the early days of Reformers rallying around the idea that Mounties could survive being bought by Disney, but were doomed if any of them wore a turban.

But this time, Canadians weren’t buying. Throughout the campaign, Harper never budged beyond the same 30 per cent of the voters who didn’t care if he displayed total contempt for democracy, human rights and fact-based reality — so long as he promised to cut taxes.

The man who rebranded the Government of Canada “The Harper Government” spent his final day out-Nixoning Nixon. His enemies list included:

- Democracy (he’s the only Prime Minister ever held in contempt of Parliament).

- His own MPs (even his cabinet members weren’t allowed to talk to the media or their constituents).

- Scientists (who he muzzled and fired).

- Election officials (can anyone explain the need for the Fair Elections Act?)

- And even data that disagreed with him (the census was too intrusive, but Bill C-51 is essential).

Ironically, the NDP imploded for the same reasons the ReformaTories did: hubris and fear-mongering.

From the moment Mulcair became the front runner, he started acting Conservative, or at least conservative.

Aside from vowing to balance the budget — a promise he must have known he’d have to break barring a surge in oil prices — Mulcair began ducking debates and dodging some reporters. Then he started running at the Liberals and doing it Harper-style, picking up Steve’s snide habit of referring to Trudeau as “Justin” and echoing tacky Tory attack ads by stressing that he was ready. Except he wasn’t.

As soon as Trudeau outflanked the NDP on the left by promising to run an inevitable deficit to create jobs, Mulcair’s campaign lost the plot. In an election that was all about turfing the Tories, Mulcair turned his heavy artillery on Trudeau. The more attention the NDP focused on the Liberals, the more they positioned the Liberals as the party to beat, which established Trudeau as the best bet to beat Harper.

While Trudeau ran an elegant, Obama-like campaign focusing on hope and change and appeals to “be better,” Mulcair ran on a bland promise of stability and fixated on Bill C-51 — even adding warnings about C-51 to campaign lawn signs in the hopes of painting Trudeau as Harper 2.0.

The first catch was that Trudeau had always promised to repeal the most egregious elements of C-51 if elected. And the Catch-22 for Mulcair, even if voters doubted the Liberals' C-51 promise, was that nobody but the most rabid NDP supporter believed for a second that the son of Pierre Trudeau was going to follow Harper’s lead and crush every Canadian institution Liberal governments had created.

And I doubt that anyone on the planet seriously believed the former drama teacher was going to continue Harperman’s policy of treating anyone who disagreed with him as an enemy of the state, silencing scientists and torching libraries.

In his victory speech — and throughout the campaign — Justin Trudeau declared that Conservatives weren’t enemies, they were neighbours and friends. It’s hard to imagine a more poetic ending to the Harper regime than the fact that this election, Justin Trudeau’s best friend was Stephen Harper.