NDP Leader Tom Mulcair plans to stay with party 'for the long haul'. 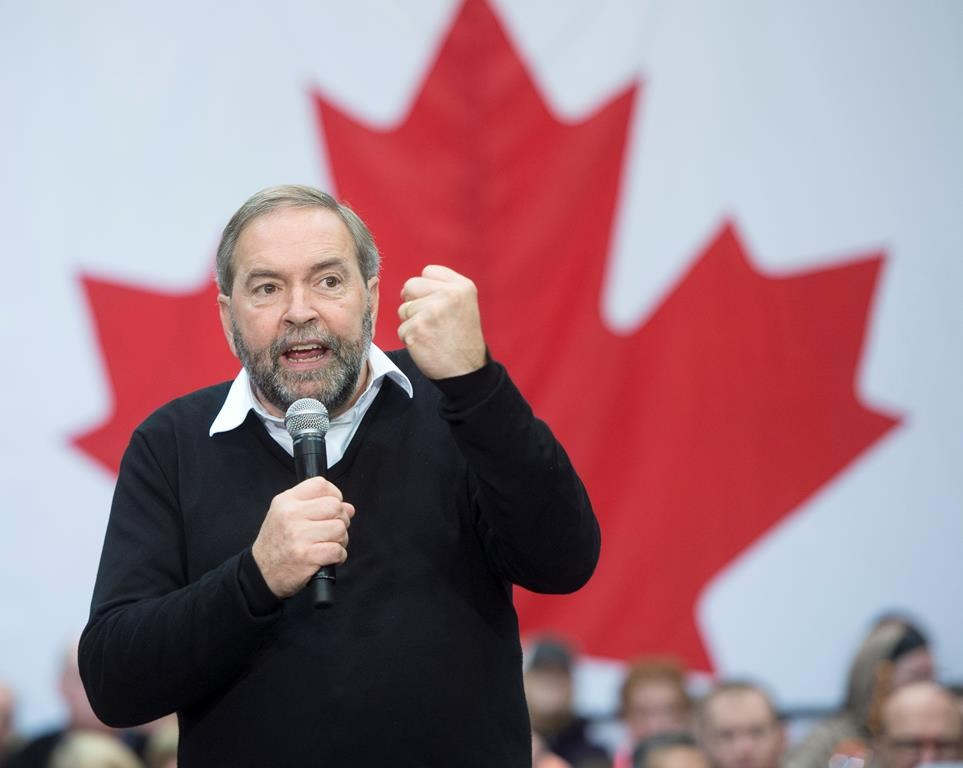 OTTAWA — Tom Mulcair plans to stick with the New Democrats for the long-term, but his fate is ultimately at the mercy of party supporters and a leadership review in Edmonton in the spring.

The party's constitution stipulates a secret vote will be held at the upcoming convention and if more than 50 per cent of the ballots call for a leadership election, it must be held within a year.

For his part, Mulcair isn't planning on going anywhere.

"The election results were, of course, not what we wanted but with our best result outside of the orange wave, the NDP and Tom Mulcair are in it for the long haul," said Mulcair spokesman George Smith.

Long-time Ottawa MP Paul Dewar, who was defeated on Monday by Liberal Catherine McKenna, said stability is important for the party now.

"I think it would be, frankly, foolhardy right now to be looking at a new leader and we should be consolidating the gains we made," Dewar said. "Particularly when you look at British Columbia, Saskatchewan, these were really important gains."

The NDP says Mulcair is focused on moving forward with his team of 44 MPs, which includes several new members who will need help in their transition.

The party is still reeling, however, after stars such as Ontario's Peggy Nash and Nova Scotia's Megan Leslie were sidelined by the Liberal wave of support.

"I would say the result was very difficult," said Niki Ashton, who was re-elected in northern Manitoba. "It was clear that we were beating back a Liberal wave even in our area."

Mulcair remains hopeful he can hold the new government to account in the Commons, where he earned high praise in for his past performance.

The NDP plans to press Trudeau to pursue his electoral promises, such as calling a national inquiry into missing and murdered aboriginal women.

"I'm certainly looking forward to seeing progress on that front, but we need to make sure that commitments across the board are being lived up to," Ashton said. "Many commitments were made during this election and we've got our work cut out for us."

The NDP also questions where the prime minister-designate stands on the Trans-Pacific Partnership, which Trudeau discussed on Tuesday during a telephone conversation with U.S. President Barack Obama.

"Canadians are expecting the NDP and Mr. Mulcair to stand up strong and hold the new government to account when it comes to a variety of issues," said Smith. "That is what we will do."

NDP strategist Shay Purdy, who worked on Jack Layton's 2011 election campaign, says there's a recognition among party supporters that Mulcair was "the party's biggest asset coming into and during this campaign."

"He's still very well respected," Purdy said. "I think there's still going to be quite a bit of support for him and lots of reasons to be optimistic that, come the next election, he's just the right kind of leader that we might need to fight for the NDP."