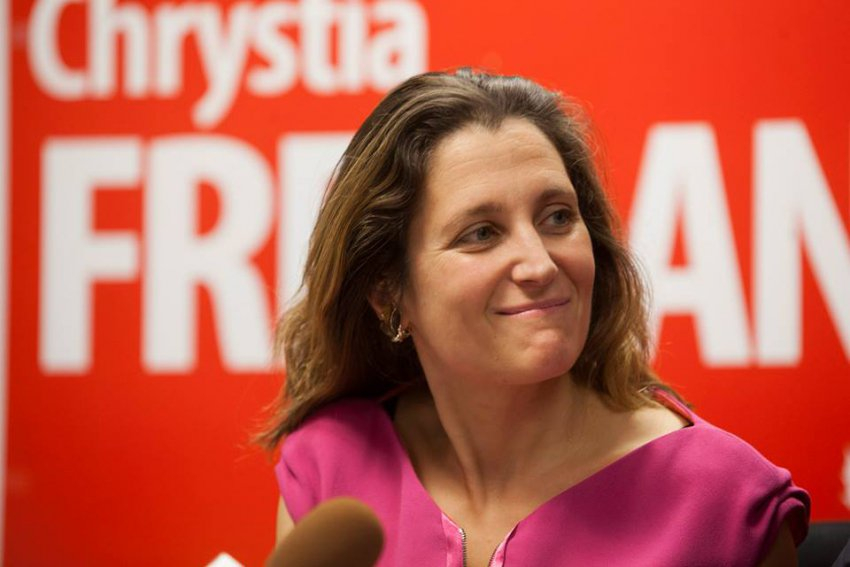 As the text of the formerly secret Trans-Pacific Partnership (TPP) deal was finally made public, the Council of Canadians called upon the newly elected federal government to hold public consultations over the deal.

The council wants an independent human rights, economic and environmental review of the document and is calling for investor-state dispute settlement (ISDS) provisions to be cut from the deal. ISDS provisions allow corporations to sue states for lost profits.

“TPP negotiators have boasted about the supposed benefits of this deal,” said Maude Barlow, National Chairperson of the Council of Canadians, in a public statement. “But now that the details have come to light, Canadians can judge for themselves. Without a full public consultation, this deal has no legitimacy.”

The TPP will likely be one of the first orders of business for Prime Minister Justin Trudeau as well as for the new Minister of Trade, Chrystia Freeland.

Trudeau is planning to attend both the upcoming G20 and APEC summits in November, where Japan is keen to talk to Canada about the TPP. In late October, the Japanese ambassador to Canada, Kenjiro Monji, told the Canadian Press that it was “important our leaders meet as soon as possible.”

The White House has previously said that the U.S. and Canada need to move forward with the trade deal.

“Trudeau is under a lot of pressure to adopt this deal as soon as possible, with calls already coming in from U.S. President Barack Obama and Japanese President Shinzo Abe," concluded Barlow in the statement. "But a thorough public review is needed before he can establish whether the TPP is truly in Canada’s interest.”

During the election Trudeau said the Liberal Party “strongly supports free trade” but suggested the deal would be subject to a “full and open debate in Parliament” to ensure Canadians are consulted.

Freeland told the CBC Thursday that the details of the deal are just coming out, and the Liberals need time to familiarize themselves with it before delivering a verdict on the TPP.

She echoed Trudeau, saying: “We will have a full parliamentary debate about this. We regret the fact that the discussions about it leading up to this point weren’t transparent.”

Federal NDP leader Thomas Mulcair compared Trudeau to Stephen Harper during the election campaign because of Liberal support for the TPP.

The deal has drawn criticism from the dairy and auto industries, among others, over job-loss concerns and other factors.