Exxon under investigation by NY for historic climate denial 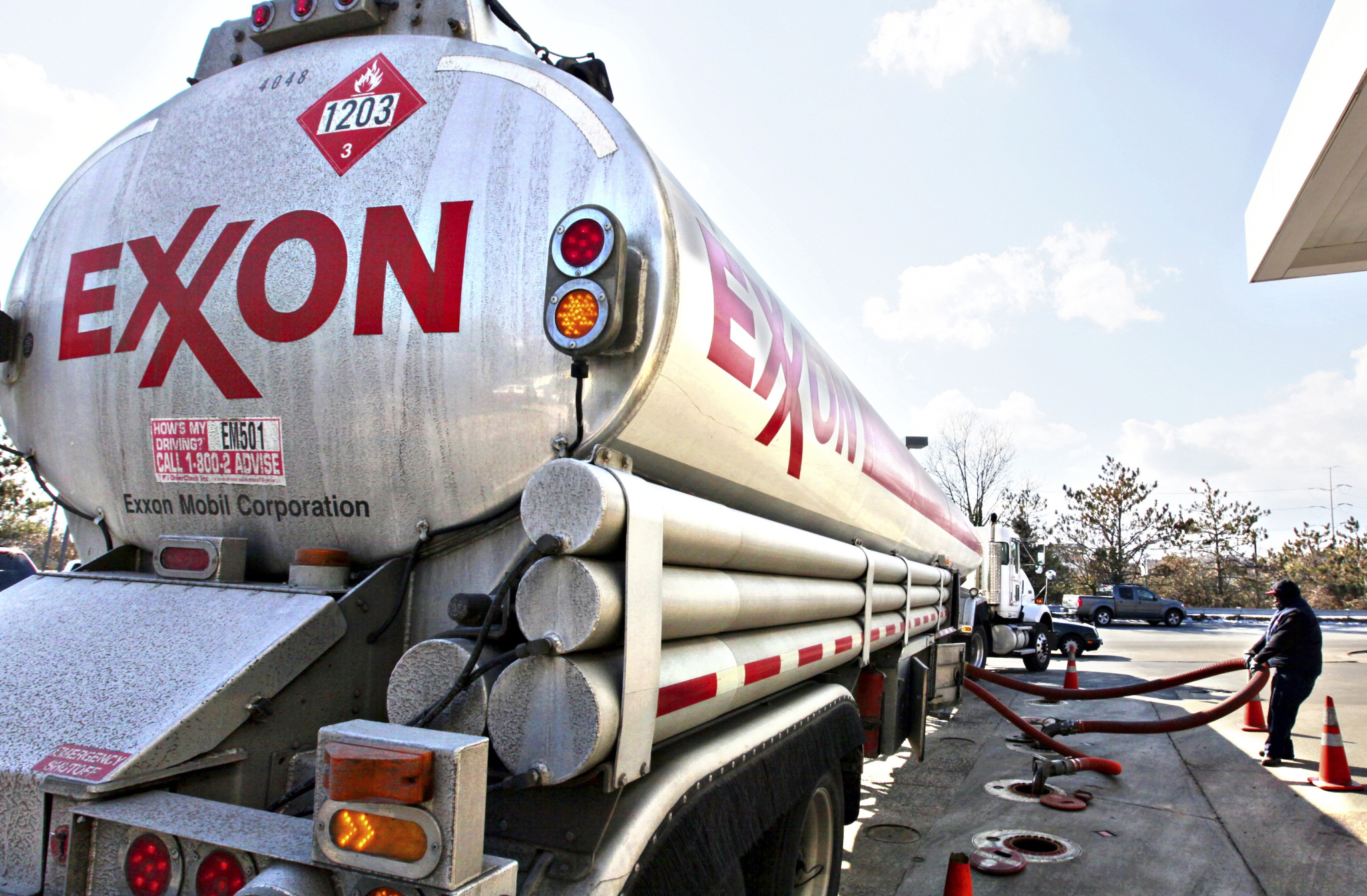 A legal investigation was triggered this week to determine the extent to which oil multinational giant Exxon Mobil conducted research in the 1970s about human-caused climate change, then lied to the American public about the risks of global warming for decades.

The New York Attorney General issued a subpoena on Wednesday demanding that the company — then known as Exxon — hand over historic corporate memos related to its research on climate change going back four decades. The probe was fuelled by the disclosure of many such documents this year by investigative journalists at Inside Climate, The LA Times and the Columbia School of Journalism.

Kert Davies with the Climate Investigations Center in Washington D.C. says the memos made public so far reveal that Exxon scientists had reached serious conclusions about the harm its oil products could do to impact climate change.

The scientists also warned senior Exxon executives that "if society took this [climate] risk seriously, it would be risky for the company's bottom line," Davies said Thursday.

In one far-sighted memo from the early 1980s, a senior Exxon scientist discussed the impact of climate change in the year 2030 with a colleague. "Catastrophic" impacts were chillingly described for a "substantial fraction of the earth's population," said the letter.

“Whereas I can agree with the statement that our best guess is that the observable effects in the year 2030 are likely to be 'well short of catastrophic,' it is distinctly possible that the CPD scenario will later produce effects which will indeed be catastrophic —at least for a substantial fraction of the earth’s population,” wrote Exxon scientist Roger Cohen in a 1981 memo.

The company letters also show how Exxon flirted with scientific efforts — using the company’s global network of oil tankers and drilling platforms as research stations — to lead the way in solving the greenhouse gas "CO2 problem.”

But then Exxon’s climate research was curtailed in the late 1980s, the memos also reveal.

Exxon then went on for decades to fund climate denial groups to create confusion about the very climate change problem identified by its own scientists, Davies said.

He listed the Competitive Enterprise Institute and the Heartland Institute in the U.S. and the Fraser Institute in Canada, among the groups funded by Exxon.

"Exxon funded these groups heavily to sow doubt, to put out messages about the lack of certainty around climate change, stressing that we don’t know enough to act, that it’s not a done deal,” said Davies.

Exxon Mobil’s top executive took to Fox News airwaves to say his company had not been misleading the public about climate change.

"Nothing could be further from the truth," said CEO Rex Tillerson on Wednesday.

"They're dealing with a period of time that happened decades ago," he said. "I'm not sure how helpful it would be for me to talk about it, particularly as we're leading up to some very important meetings that are going to occur in Paris here in just a few weeks. I don't want to be a distraction. I really don't want this to be a distraction. There's some serious issues that need to be talked about.”

Davies says Exxon memos suggest the company was in a powerful position to know the truth about climate change. In the 1970s, it had world-class scientists working on the problem.

“They were the smartest people in the room. They were a science organization — they were hiring the best scientists to work at Exxon. They brag about ... how Exxon’s research was the ‘Bell Laboratory’ of energy.

"They brag about how one of their guys developed a better way to make solar panels in the 1970s. If they had put their muscle into those efforts at that time, they could’ve led us on to the energy revolution that we need. Yet they chose to keep selling us oil, and keep us addicted to oil,” said Davies.

The New York state attorney now seeking Exxon Mobil’s records is demanding memos dating back to the 1970s, using specific powers under the Martin Act — a state law that makes it illegal for corporations to knowingly commit "fraud, deception, concealment” of its activities from the public that might affect shareholder value. Most of the world’s public companies are traded in New York.

“I think that the prospects that it will lead to significant investigations and subsequent litigation are very high,” said lawyer Carroll Muffett, CEO of the Center for International Environmental Law (CIEL) in Washington D.C., on Wednesday.

Muffett expects prosecutors to also pore over Exxon’s statements made to government bodies for evidence of misleading the public.

“Unfortunately for the company, free speech doesn’t extend to lying to Congress or lying to a regulatory agency,” he said.

"What we'll see is a close scrutiny of testimony, not only before Congress but likely before state legislatures ... [and] the scientists who we now know they were funding.”

"There’s certainly both in marketing and in political advocacy room for puffery and opinion. But unfortunately that breaks down to if it can be shown that a company itself was abundantly aware of the risks of its product and took proactive steps to mislead the public or regulators about those risks,” Muffett added.

Major climate-related lawsuits against the oil industry have been brewing for years.

Two think tanks — the Climate Accountability Institute and the Union of Concerned Citizens — wrote a 2012 report on how to pin accountability for climate change damages on oil companies, using tobacco-cancer lawsuits as guidance.

Clinton: "There's a lot of evidence that [Exxon] misled people"

Democratic presidential candidates Hillary Clinton and Bernie Sanders, and four U.S. senators, have called for a federal Department of Justice investigation as well.

"There's a lot of evidence that they misled people,” Clinton told a community organizer in New Hampshire on Oct. 29, in a video circulated by environmental group 350.org.

The co-author of Climate Cover Up — a book about the oil industry's PR trickery to sow doubt about about climate change —says America has been fooled about climate science for too long.

"President Lyndon Johnson was warned of climate change in 1965. None of this snuck up on us," said Richard Littlemore from Vancouver.

"Which is why I was so enraged by the narrative of confusion that prevailed throughout the 1990s and the 2000s. There was never any rationale for us to be mystified by climate change science. It was clear as a bell."

Exxon Mobil is now on a PR blitz in defense of its views on climate change. The firm's vice president, Ken Cohen, also said Thursday that the "Exxon Mobil recognizes that climate risks are real and responsible actions are warranted."

Exxon Mobil (NYSE:XOM) is one of the largest oil companies in the world. It took in an estimated $394 billion in revenue last year, and $4.94 billion in profits in the first quarter of 2015 alone.

The U.S. has been hard hit by droughts recently in California, while other countries have been struck with super typhoons such as the one that hit the Philippines two years ago, killing 6,000.

The investigation is making huge waves on social media under the hashtag #ExxonKnew.