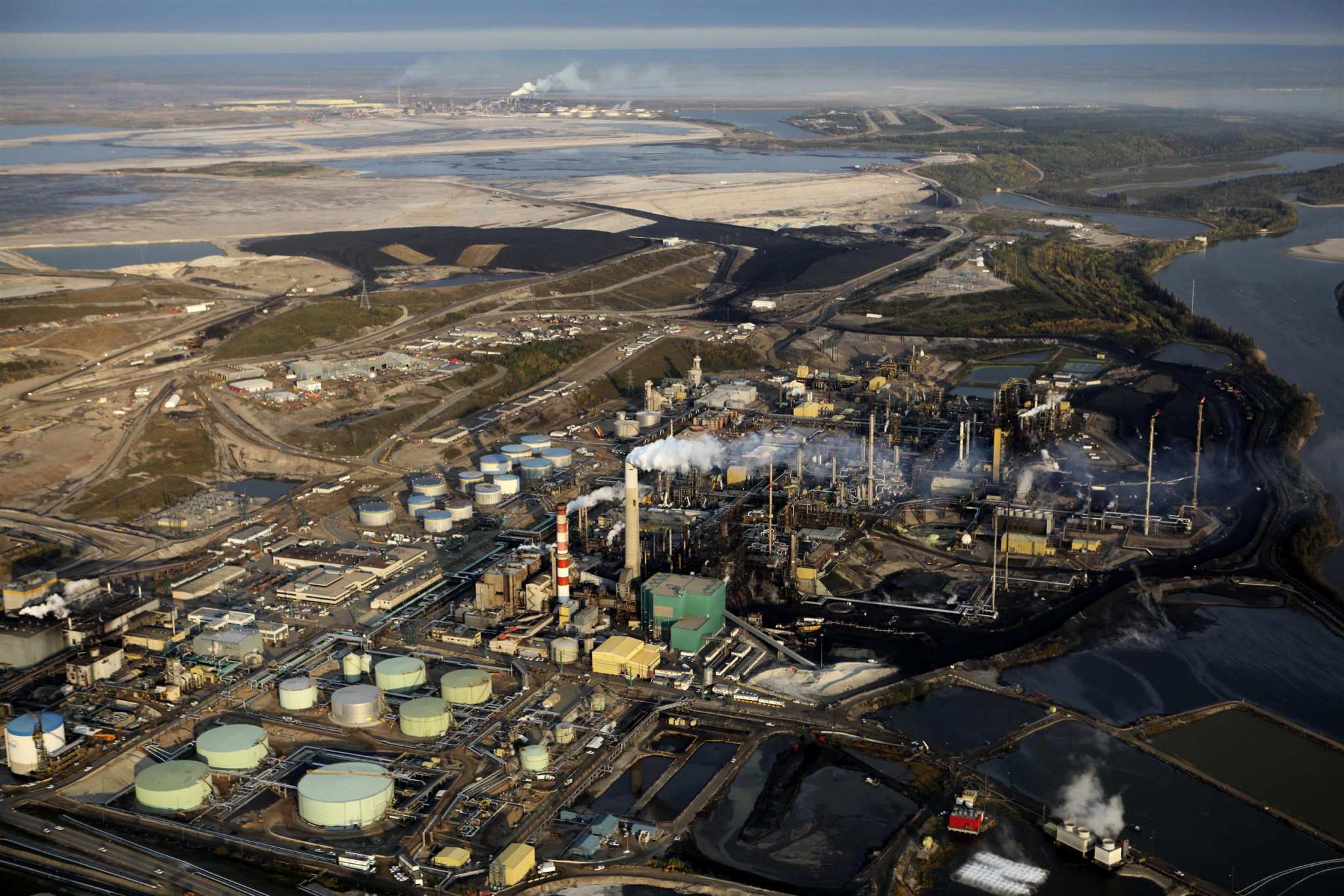 Suncor Refinery outside of Fort McMurray with the Syncrude Refinery visible in the background. Photo by Colin O'Connor, Greenpeace.
Previous story
Next story

Alberta and its oil sands needs to be the focus of the Trudeau government's climate action if it is serious about helping limit dangerous planetary warming to two degrees this century, warned a national group of environmental thinkers.

Climate Action Network Canada held a national media press conference Monday to give its recommendations to the federal government in advance of the Paris UN climate treaty talks, Nov.30 to Dec.11. Their toughest advice was focused on Alberta's crown energy jewel.

"The smartest thing the federal government can do is to work with Alberta to phase out, to manage that transition in the oil sands sector,” said the network’s executive director Louise Comeau from Fredericton, N.B.

The tough statements on Alberta and the energy sector come on top of dire warnings that planetary warming will soon reach catastrophic levels. The World Bank said Sunday that climate inaction could push more than 100 million people into poverty by 2030, due to climate-induced increases in infectious diseases, farm loss and sea-level rise.

“If we get to a two degree Celsius world, then forget the Marshall Islands. Forget large parts of Bangladesh. Forget parts of the U.S. and Canada coastline,” said Steven Guilbeault, co-founder of Équiterre, in Montreal, on the same conference call.

"We’re surpassing one degree Celsius increasing temperatures over pre-industrial level —we’re there now. Our window of opportunity is smaller and smaller,” he added.

The Canadian Association of Petroleum Producers responded by saying the oil industry wants to be part of the solution.

"Canada is uniquely positioned to help meet growing global energy demands. At the same time, we must all do our part to fight climate change," wrote CAPP spokesperson Chelsie Klassen.

"We believe that there’s an opportunity to collaborate with governments on technological investment to develop and deploy new emissions reducing technologies in the oil and gas sector while meeting global energy demands," she added.

And if oil sands production is expanded from 2.3 million to 4 million barrels per day as planned, then tack on 41 more million tonnes of emissions, said Comeau.

Environmental Defence’s Dale Marshall reminded that the Liberals pledged to overhaul pipeline reviews to include greenhouse gas analysis and upstream impacts. Now, he says, they should put current oil pipeline reviews on hold too.

“They need to stop the Kinder Morgan and Energy East processes, and spend some time strengthening that regulatory approval process, and then re-starting it on those pipelines,” said Marshall from Ottawa.

He added, Canada should recommit to a 2050 goal to de-carbonize the economy. Former prime minister Stephen Harper had pushed to delay that target to well after most people's life times to the year 2100 at recent G7 talks, Marshall noted.

But slowing pipelines, de-carbonizing, and curbing the oil sands will be a tough message for Alberta to swallow.

The province took in $3.56 billion in royalties from the oil sands in 2013, and the NDP government is getting set to announce new, tougher carbon pollution rules this month. The province hopes that doing so will increase the marketability of Alberta oil internationally.

On Friday, TransCanada's Keystone XL was nixed by the White House partly over concern Canada is not doing enough to hog tie emissions.

Notley's office expects to make an announcement about the "government’s direction" on climate change in the week before COP 21.

Climate Action Network also urged the Trudeau government to fulfill its promise to end fossil fuel subsidies —estimated at $1 billion annually in Canada —and transfer those monies into an international climate action fund, as part of the COP21 treaty talks.

She adds, the federal government should help Alberta —as well as Saskatchewan, Nova Scotia and New Brunswick —get off coal power, and get massively into renewable energy.

Canada's new minister of the environment and climate change Catherine McKenna is in Paris now at minister-level climate talks ahead of the COP21 summit later this month —that summit is expected to draw 80 heads of state, including Trudeau and Obama. The National Observer will be in Paris too for the summit's two weeks.

"The Government of Canada is determined to deliver real results on climate change and the environment. We will work with our international partners on the adoption of an effective climate change agreement and in the transformation towards a low-carbon, climate resilient global economy," said Minister McKenna over the weekend.

In addition to getting countries to commit to greenhouse gas targets, the UN process in Paris will oblige rich countries to fund developing country’s efforts —including mitigation and adaption programs.

Canada, the U.S, and Australia are pushing back —saying they can provide disaster assistance, but don't want to be held liable for global warming.

But Comeau is hopeful Canada will close a bilateral climate financing deal with Mexico. That country has declared an emissions target, but has “said it can do significantly more” if Canada puts more money on the table. "Canada could link its financing to unlock that potential,” said Comeau.

She added, the global situation couldn't be more dire.

“What we face is a catastrophic climate change... We cannot fail in Paris."