By Mychaylo Prystupa | News, Politics | November 4th 2015
#55 of 91 articles from the Special Report: Road to Paris 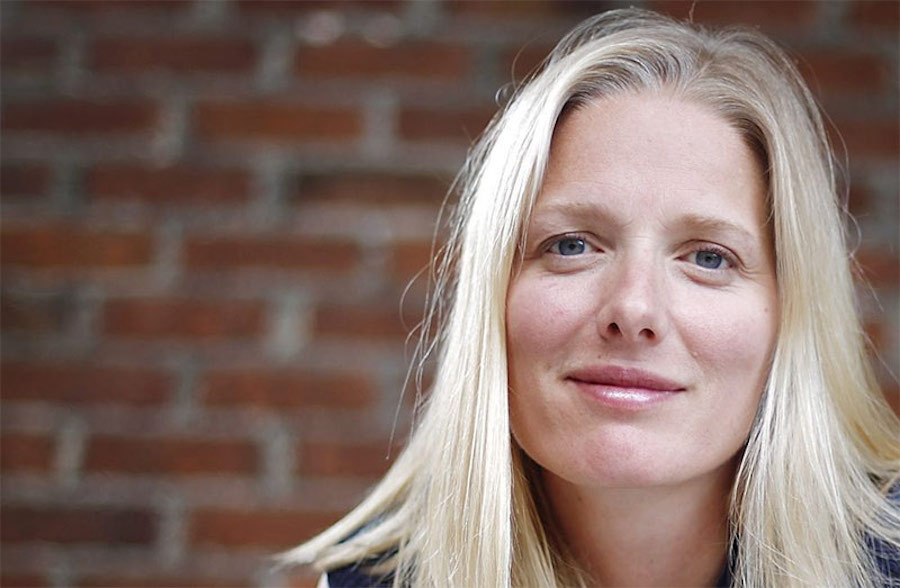 Canada's new minister of environment and climate change is Ottawa MP and lawyer Catherine McKenna. She was confirmed at an historic swearing-in ceremony at Rideau Hall on Wednesday that saw several Trudeau cabinet ministers declared.

Minister McKenna has a large number of climate, clean tech and environmental protection promises to fulfill that were made during the election. They include a price on carbon, a pledge to reverse Canada's international reputation as a climate laggard, and a $2-billion "Low Carbon Economy Trust” to help kickstart a clean tech boom.

"Climate change is her most urgent priority, because it is the defining issue of our generation. Whether or not we get it right will determine the survival of the human species. It is also urgent because the negotiations are happening in Paris in just a few weeks, and Canada has been a laggard for almost 20 years."

"It's urgent that we recognize that people in the global south are already dying from climate change, and we have to provide them with the resources to deal with that, as well as reduce emissions."

“Canada has vast, untapped clean energy potential and developing these resources is both a key climate solution and important economic opportunity," said Smith in a statement.

McKenna is expected to go to Paris, France next week for minister-level international talks about climate change, ahead of the global leaders' summit in Paris, known as COP21 at the end of the month. Expectations are high the process will produce the first comprehensive global climate change treaty in history.

She recently led Canadian Lawyers Abroad and taught a course on Global Civil Society to graduate students at the Munk School of Global Affairs. She's also been a board member of the Trudeau Centre for Peace and Conflict Studies. The mother of three has also worked internationally as a legal adviser for the UN in East Timor and on trade issues in Indonesia, according to her website.

Green MP Elizabeth May was likewise pleased with the ministerial selection.

"This is more than symbolism. Just as Norway's prime minister, Dr. Gro Harlem Brundtland did in appointing a cabinet with gender balance in the early 1980s, Prime Minister Trudeau is striking a significant blow for women's equality... I welcome the new government and look forward to working with Mr. Trudeau and the cabinet to start repairing Canada’s international reputation at the upcoming climate negotiations," wrote May in a statement.

During the election, Liberals pledged to use "scientific evidence” and “the precautionary principle,” and to "take into account climate change" when making big decisions.

“We need to take real action on climate change,” Trudeau said this summer, while announcing his party's green platform in Vancouver. “It’s time Canada put a price on carbon pollution.”

McKenna will be part of a cabinet team —including ministers of natural resources, trade, finance, infrastructure, transport and innovation — that will be responsible for many environmental promises.

Ninety days after the Paris climate conference, Trudeau will "establish a pan-Canadian framework" for tackling global warming. The Liberals have also promised to undo caustic relations with provinces over climate change, where provincial officials have said they have felt left out by the Harper government.

Crucially, Liberals have not proclaimed a national greenhouse gas target for Canada yet. They’ve stated they want to consult heavily with the provinces, which are each pursuing different greenhouse-gas-reducing policies — a carbon tax in B.C., for example, and in Quebec and Ontario, a cap and trade scheme with California.

The NDP says it will be pushing the new government for a target as soon as possible.

"As the Paris summit conference approaches, the new minister of the environment has an opportunity to put Canada back on the right track and will need to set ambitious long-term targets for reducing greenhouse gas emissions," wrote NDP MP Fin Donnelly on Wednesday.

The party also committed to phasing out many fossil fuel subsidies. “Once we eliminate the Canadian Development Expenses tax deduction and the Canadian Exploration Expenses tax deduction except in cases of unsuccessful exploration, we will have fulfilled Canada’s G-20 commitment to phase out inefficient subsidies for the fossil fuel industry,” a Liberal spokesperson said on the election trail.

Trudeau also promised to review the Harper government’s gutting of the Fisheries Act and the Navigable Waters Protection Act, and "do more to protect Canada’s endangered species,” says its policy book.

Minister McKenna and the new minister of fisheries and oceans —Arctic MP Hunter Tootoo —are also expected to fulfill commitments to protect freshwater and oceans, and renew commitments to protect the Great Lakes, the St. Lawrence River Basin, and the Lake Winnipeg Basin. In B.C., the Liberals says they wil act on the recommendations of the Cohen Commission on restoring sockeye salmon stocks in the Fraser River.

Trudeau pledged to slash funding for 150th birthday of Canada celebrations in order to finance free admission for national parks in 2017. In 2018, admission for children under 18 will be free. A Liberal government is also expected to create the first urban national park in Toronto area, called the Rouge National Park.

Liberals promised to invest $100 million more each year in clean tech that creates jobs, and have also pledged to: