Hope on the Range: Alberta and Saskatchewan bring clean energy leadership to the prairies 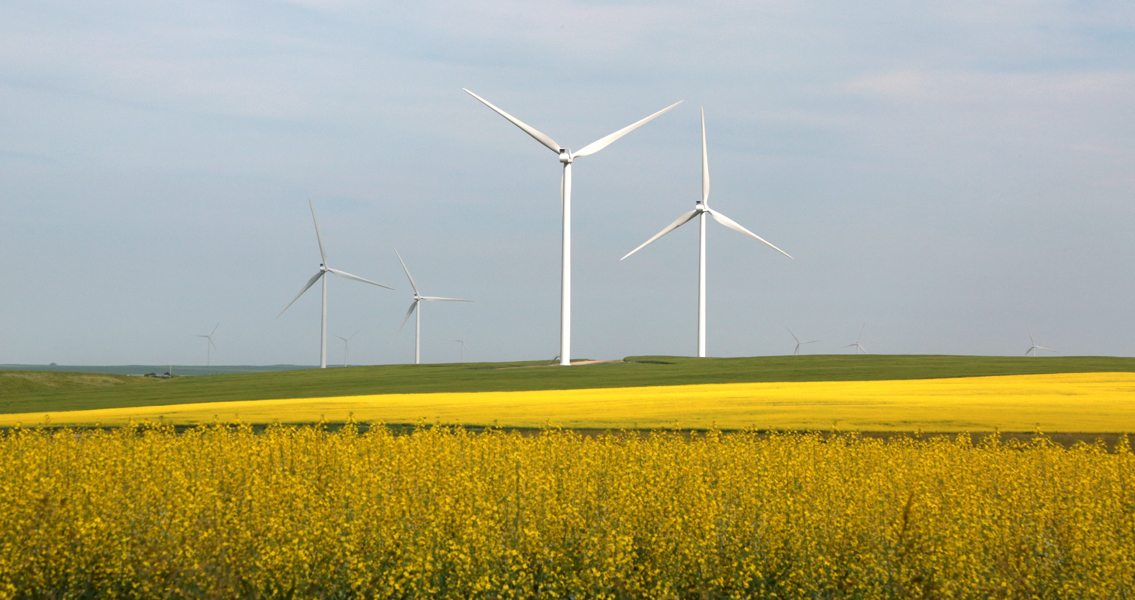 Listen, can you hear that soft rumbling noise?

No, it’s not an earthquake, but it is the first hint of a stampede. It’s the sound of clean-energy developers heading for Saskatchewan and Alberta, bringing with them buckets of investment capital that has been waiting for the right policy signals to be put to productive use.

This past week, those signals finally arrived, when premiers Notley and Wall made separate, dramatic commitments to reduce or eliminate coal power and embrace a clean-energy future.

The developers—firms like Innergex, Brookfield, BluEarth, EDF EN Canada, and Enbridge—yes that Enbridge—are chomping at the bit. In the next decade and a half, these firms and others will likely invest hundreds of millions in concrete, steel, and silicon. They’ll hire armies of workers to build dozens of wind and solar farms, and bioenergy and geothermal plants, all across the Canadian prairie.

This will lift the economies of these provinces and, since Alberta and Saskatchewan are, respectively, Canada’s largest and second-largest coal burners, slash the carbon going into the atmosphere and mercury going into the air. And it will all be happening because political leaders stepped up to the plate and took action.

Here’s what we know of the announcements that came down this past week. First, Saskatchewan:

Meanwhile, next door, in Alberta, the picture is not yet quite as clear but we do know:

Saskatchewan’s target is more ambitious on the surface, but Alberta’s clean energy commitments will still pack a punch and reduce carbon pollution by 67 megatonnes between now and 2030. (To put this into perspective, that’s just shy of the total carbon pollution currently emitted each year by the entire oil sands sector.)

By 2030, carbon pollution levels will be at least 14 megatonnes per year lower than they would be under a “business as usual” scenario, the province’s climate advisory panel said in its report.

But one thing is clear: Thanks to the plunging costs of clean power, both provinces will be able to get a lot more renewable-energy bang for their buck than they used to.

According to the International Renewable Energy Agency, between 2010 and 2014, the total installed costs of utility-scale PV systems fell by between 29 and 65 per cent—depending on the region.

Similarly, wind is now one of the most competitive sources of electricity available anywhere. As turbine manufacturers have fine-tuned their technology, and costs have come down, the levelized cost of electricity—an apples-to-apples price comparison of various unsubsidized electricity sources—wind is now in the ballpark of gas.

Speaking of gas, both Saskatchewan and Alberta say they will rely on that fuel to balance the variable-output renewables. But for this, they might instead look to the neighbours.

Both B.C. and Manitoba have ample hydroelectric capacity to spare, and a 20-year agreement inked in September hinted at the greater potential. Under that deal, as of 2020 Manitoba Hydro will provide SaskPower with at least 100 megawatts of always-on renewable hydroelectricity. B.C. and Alberta could strike a similar arrangement, by stringing a beefier extension cord over the Rockies.

After years of campaigning, lobbying, and cajoling citizens, policymakers, and industry leaders, clean energy advocates have in the past week scored a pair of major victories in Canada’s coal-power belt.

Following Ontario’s early lead, Alberta and Saskatchewan have made bold policy decisions to transform their energy systems. Premiers Wall and Notley’s moves will fight climate disruption while attracting hundreds of millions in investment and creating thousands of jobs and protecting public health. Our nation’s energy transition is now accelerating; the dominoes are falling.

From crude to renewed, Alberta embarks on a bold new path