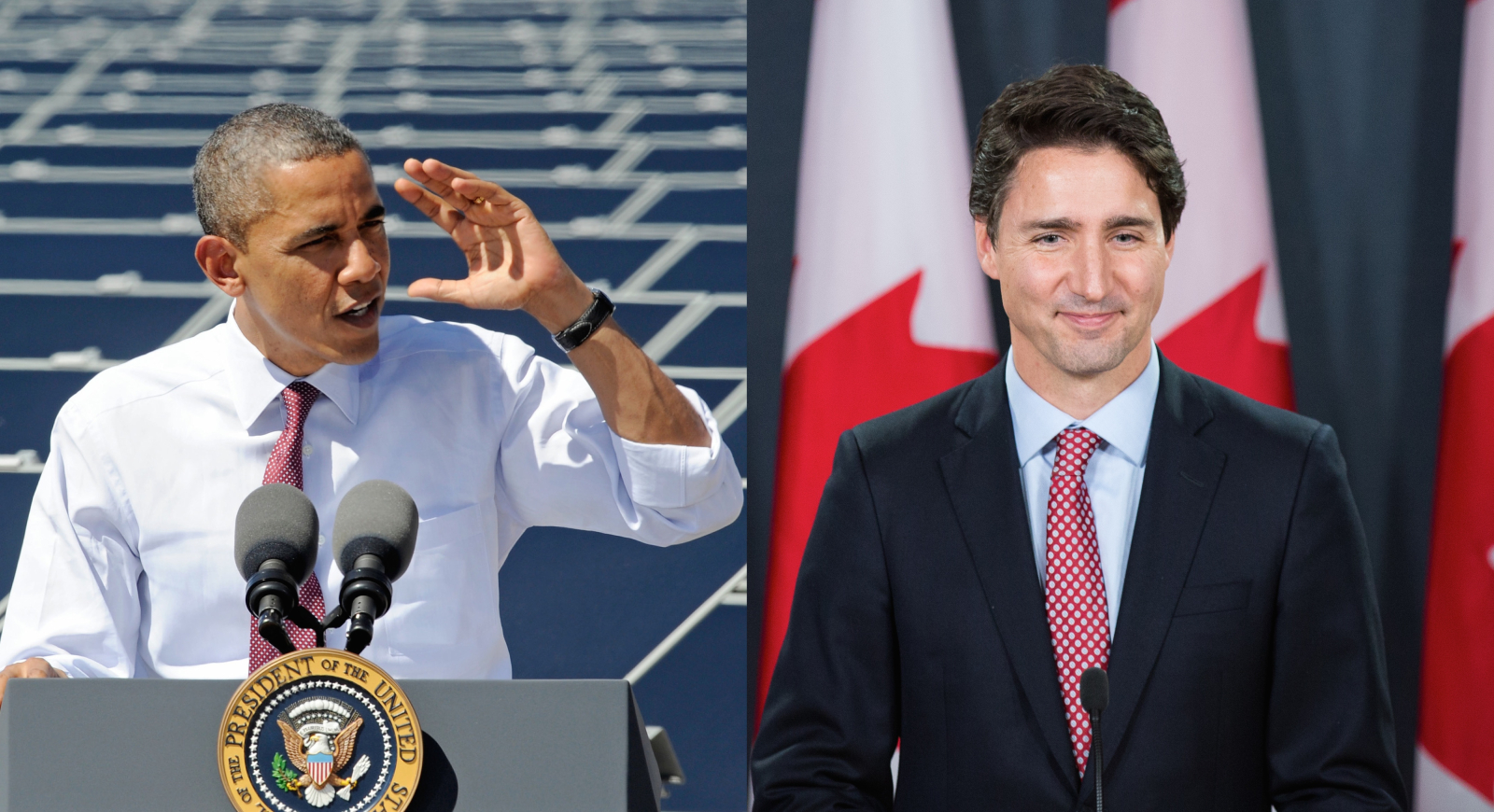 Air Force One will fly President Barack Obama to Paris this weekend for the Monday start of the UN summit on climate change, where he’ll join Prime Minister Justin Trudeau, Chinese President Xi Jinping, to be among an astonishing 147 heads of state.

It's one of the largest gathering of world leaders ever, and billed as the most important climate talks in history. The years 2011-2015 are expected to go down as warmest five years on modern record, and hopes are high that dangerous global climate disruption can be halted.

Everyone from the prime minister of India to the chancellor of Germany will be on hand, along with 40,000 international delegates. Security is on ultra high alert, especially following recent terror attacks in Paris that killed 130.

Our own UN-accredited National Observer press team will be at the summit too —to deliver inside-COP coverage of the two weeks of climate negotiations.

Expectations are high that this year's United Nations climate meeting —known as Conference of the Parties, or COP21 —will result in 160 countries, representing 90 per cent of the world's emissions, inking the world’s first truly comprehensive global agreement on climate change after 21 years of trying.

“I’ve never seen the stars aligning going into a [COP] meeting like this one,” said Iden Meyer with the Union of Concerned Scientists in Washington D.C., on a teleconference update on Monday. “The outlook is very positive to get an agreement.”

From Pope Francis’ speech to the UN General Assembly and U.S. Congress, to the Islamic Scholars declaration, Meyer says the global political will is there to drive home a major climate deal.

But Meyer, an expert on the United Nations Framework Convention on Climate Change process, warned that the country goals submitted so far to cut greenhouse gases do not total what’s needed to prevent climate dangers.

“The bad news is, as the UN secretariat report tell us… those commitments don’t add up to what we need to stay below the 2C [target] that leaders agreed to out of Copenhagen."

Obama and Trudeau will stay until Tuesday.

Canada's environment and climate change minister Catherine McKenna, and foreign affairs minister Stephane Dion (who was formerly the president of the 2005 COP in Montreal) will stick handle Ottawa's negotiators over the summit's two weeks. U.S. Secretary of State John Kerry will also be pushing a global deal, given impetus by a recent China-US climate agreement, and to leave a climate legacy for Obama's last year in the White House.

Canada is expected to be a constructive force in the climate talks, after a decade of being seen as a global climate pariah. Alberta’s announcement Sunday to curb emissions and phase out coal was widely heralded by environmentalists as historic and game changing for climate action. Half of approved future oil sands projects will be canceled, leaving three million barrels of oil in the ground.

“Alberta has been the biggest barrier to climate action in Canada… so it’s fair to say that barrier is substantially lower,” said Dale Marshall with Environmental Defence Canada, from London, UK.

The Trudeau government, flanked by most Canadian premiers, will be starting negotiations with the previous Harper government’s climate target for the year 2030. Minister Catherine McKenna says she will use it as a “floor” to build upon.

Canada's final national target for cutting emissions isn't expected until 90 days after the summit, after Trudeau's met with provinces to work out who gets a share of the $2-billion "Low Carbon Economy Trust" to kick start a clean tech boom.

Environmental, scientific, faith, divestment, labour and citizens groups and opposition MPs will be pressuring the Trudeau government to have much more ambition. Marshall said Canada should un-do former prime minister Harper's pledge to delay economic de-carbonization until the year 2100 —and move it to 2050.

Who will slow progress on climate talks?

Conversely, Marshall be watching to see what role Saskatchewan premier Brad Wall —an avid oil sands advocate —will play in attempting to pull back the reigns on climate progress.

“Whether Brad Wall will be the torch bearer for the petroleum industry, who knows?” said Marshall.

The Canadian Association of Petroleum Producers is sending two officials to monitor the climate talks, a Calgary spokesperson confirmed.

The industry is expected to lose a significant number of state subsidies —caluclated to be $1.7 billion from Ottawa, and $450-billion to the industry internationally, a recent report by Oil Change International showed.

“It’s absurd [public] funding still going to funding the industry that is destroying our planet,” said 350.org co-founder Will Bates, from Spain, on the same conference call.

A “global climate march” will take place in 150 countries with more than 2,000 events, spreading the key messages of “keep carbon fuels in the ground” and finance clean energy, said Bates.

This conservative wants Republicans to get real on climate