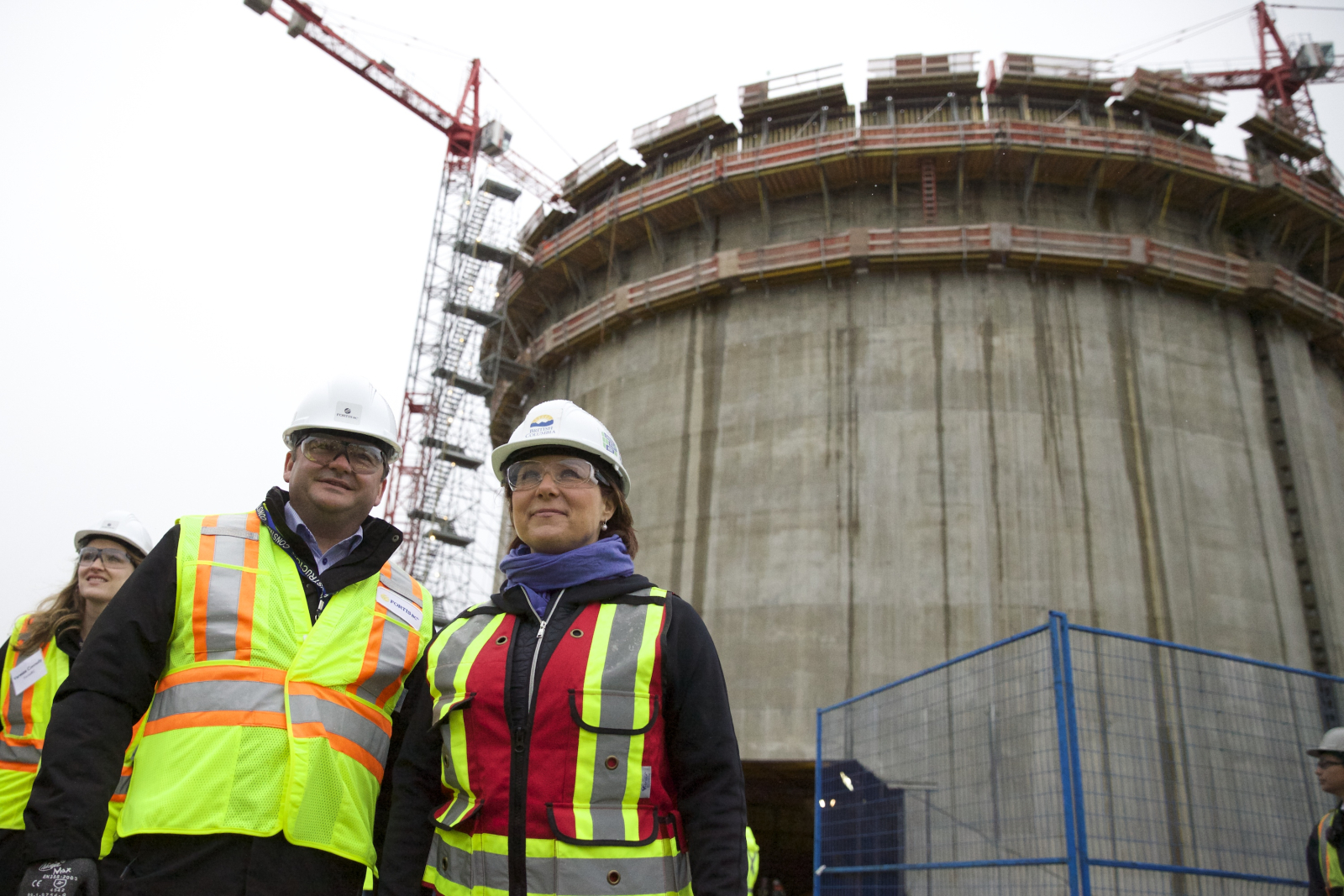 B.C. Premier Christy Clark’s own climate change advisors will recommend a hike in the province’s carbon tax to avoid a complete blowout of a year 2020 climate. The trouble with achieving the target, say the advisors, is due to an aggressive push to build a highly polluting liquefied natural gas (LNG) industry, National Observer has learned.

The government is expected to make the premier’s Climate Leadership Team’s report public Friday at 1 p.m. in Victoria, ahead of Clark’s trip to Paris for the UN climate summit next week.

The report from the premier’s climate team — made up of economists, climate experts and business leaders — will highlight an inconvenient truth for Clark’s ambition to grow a natural gas industry on Canada’s west coast.

B.C.’s greenhouse gases are already growing — so building any number of the 21 proposed LNG export facilities will make it near impossible for B.C. to achieve its legally mandated greenhouse gas reduction target in five years' time. The province is already signalling its climate goal is in trouble.

“We have always said that the 2020 target would be very difficult to achieve,” wrote an environment ministry spokesperson Tuesday.

The report for the premier may also clash with Clark’s intended messaging for Paris that so-called “clean LNG” is a climate solution for the world.

“So we have a great Canadian story to tell when we go to Paris — part of that story will be natural gas,” Clark told National Observer last week outside a an LNG facility under construction in Delta, B.C., near Vancouver.

“Because exporting the cleanest natural gas in the world to Asia, in particular, displacing coal, diesel, dirty sources of fuel — is going to help us clean up the air for the whole world,” the premier added.

The trouble is, most of the planned LNG projects, mostly by foreign oil and gas multinationals, would emit staggering new volumes of carbon emissions.

Just one proposed LNG terminal — Petronas’ Pacific Northwest project on Lelu Island on the B.C.’s northwest coast — would add 10.7 megatonnes of CO2 annually. That’s equal to 17 per cent of B.C.’s entire annual output of global warming pollution, the Pembina Institute’s Matt Horne said. Stricter carbon controls on the LNG industry would help, but not much, he added.

And Premier Clark is hopeful that multiple export terminals will be built. “Not all 20 [LNG terminals] will go ahead ... but we know that some of them will,” she said last week.

One of the premier’s climate team advisors — climate scientist Tom Pedersen, formerly with the Pacific Institute for Climate Solutions — said LNG is “not a permanent solution” — and is, at best, a temporary transition fuel on a path to avoid dangerous global warming.

“I struggle with this. I really struggle with it, because so much of the world is burning the coal to produce the electricity that humanity needs,” Pedersen said from Victoria.

“Renewable energy is the climate change solution for the world. And we don’t have many decades to play with here — a maximum of three. So we got to get cracking on that.”

The Greenhouse Gas Reductions Targets Act requires B.C. to cut emissions 33 per cent from 2007 levels by 2020. It was a law put in by Clark’s predecessor, then-premier Gordon Campbell, in 2008 during a heyday of ambitious climate laws that included a clean fuel standard, and the internationally lauded B.C. carbon tax to dampen emissions.

Clark herself gave a presentation about B.C.’s carbon tax to the World Bank in Washington, D.C., in April.

But a top United Nations climate expert says the “jury is still out” on whether LNG is a climate solution — moving too aggressively could comprise B.C.’s recent climate leadership, he said.

“If B.C. is on one hand pushing carbon tax, but heavily promoting natural gas, it can be seen as a bit of contradictory,” said Reid Detchon, vice president for energy and climate at the United Nations Foundation in Washington, D.C., on Monday.

Much the LNG pollution comes from the liquefaction process to cool the fracked gas to -173 Celsius. Methane leaks from the frack drill sites and the pipelines are also a worry.

Simon Fraser University climate economist Mark Jaccard says B.C.’s 2020 climate target is still achievable if tough carbon policies are enacted, and if only one LNG terminal is built in which “all CO2 and methane emissions in the field are captured and stored and all electricity for the LNG production process is renewables.”

“[But] one or more LNG projects that do not have this and the targets are impossible,” Jaccard wrote Monday.

Protecting the economy while tackling emissions was a key struggle by the premier’s Climate Leadership Team this year.

That’s why they will also recommend a slash in the provincial sales tax to buffer the economy against a carbon tax hike, sources said.

The government said it is reviewing the Climate Leadership Team’s recommendations, and will release a draft plan in December when British Columbians will have a second opportunity for review. B.C.’s new Climate Leadership Plan will be released in 2016.

New analysis from Clean Energy Canada shows if B.C. meets its climate targets, the result would be an economic boost: 900,000 new jobs between now and 2050 and 270,000 in the next decade.

But the Business Council of B.C. is a recommending against a carbon tax hike. After four years of increasing it, the carbon tax rate was frozen in 2012, one year after Clark became premier.

Last month was the hottest October on modern record, said the National Oceanic and Atmospheric Administration in the U.S.