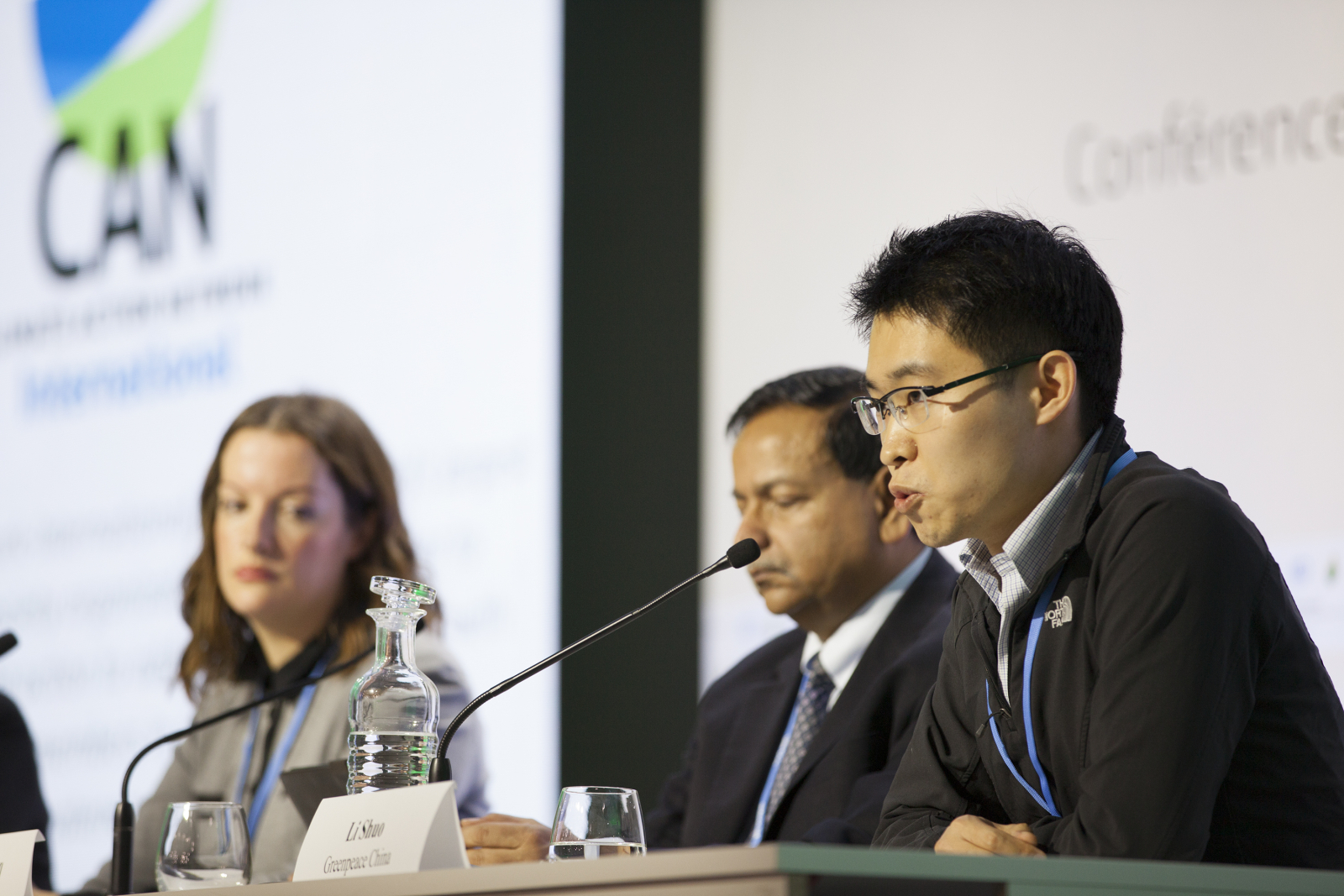 It’s only day two of the Paris climate talks and already there’s a world of difference between the lofty and inspiring words by state leaders made Monday, and what country negotiators are actually saying to vulnerable nations behind the scenes about what will done to protect them from future climate chaos.

Officially, the Paris climate target is to constrain two degrees of dangerous planetary warming — but that's not enough, says Huq, with the International Centre for Climate Change and Development, based in Dhaka. His densely populated country in south Asia is expected to get overwhelmed with sea level rise.

“Two degrees will protect most people, it will not protect all. If we want to protect all, then the temperature target needs to be 1.5C,” said Huq. “The difference… is roughly 100 million people falling through that crack, and most of them will be developing countries.”

He said a more ambitious 1.5 Celsius target for capping planetary warming is agreed to by 106 countries, the majority of the 195 UNFCC nations.

“So if this was a democracy, they would win. But it just so happens they are not particularly powerful countries. And the ones that are rich and powerful… are not on their side."

That’s why a key focus of negotiations now is so-called “loss and damages” discussions —meaning, how much should rich countries pay for the climate damages they’ve caused on poor countries.

Other low-lying island nations, like the Philippines and the Marshall Islands, are pushing for compensation too. But the U.S., so far said experts, is resisting being held “liable” for global warming harm done to poor countries. Some hope an "insurance" program could be set up to help developing countries.

Canada has committed to a $2.65 billion climate adaptation fund to help developing countries, starting with those in North America, said Trudeau on Monday.

The U.S. and China will likely shape the outcome of these Paris climate discussions the most, said Greenpeace China. Spokesperson Li Shuo said the summit so far is signaling that a dramatic shift away from carbon energy is not just wished for, it’s happening.

“This is not impossible. When our forefathers launched a mission to put us on the moon, nobody thought that was possible. The challenge and imperative of embracing renewable energy is our mission of our generation,” said Shuo at a press briefing at COP21.

“Six years ago, when China went to the Copenhagen negotiations, almost no renewable energy existed in the country. Six years after, China’s wind energy has jumped 10 fold, and solar energy jumped 28 fold,” he added.

Environment and Climate Change Minister Catherine McKenna is meeting with First Nations of Canada officials, including the Assembly of First Nations leadership here in Paris, before she returns to Ottawa Thursday for the opening of Parliament.

At a Climate Action Network briefing, some said they have been impressed so far with the actions and words of the Trudeau government.

“It’s fantastic news to have the new Canadian administration. We need the deconstruction of their positions now. [But] we’re getting very positive signals from the Canadians,” said Liz Gallagher, a UK-based climate negotiations expert with E3G, at COP21.

Stay tuned for more daily updates from Paris by the National Observer.