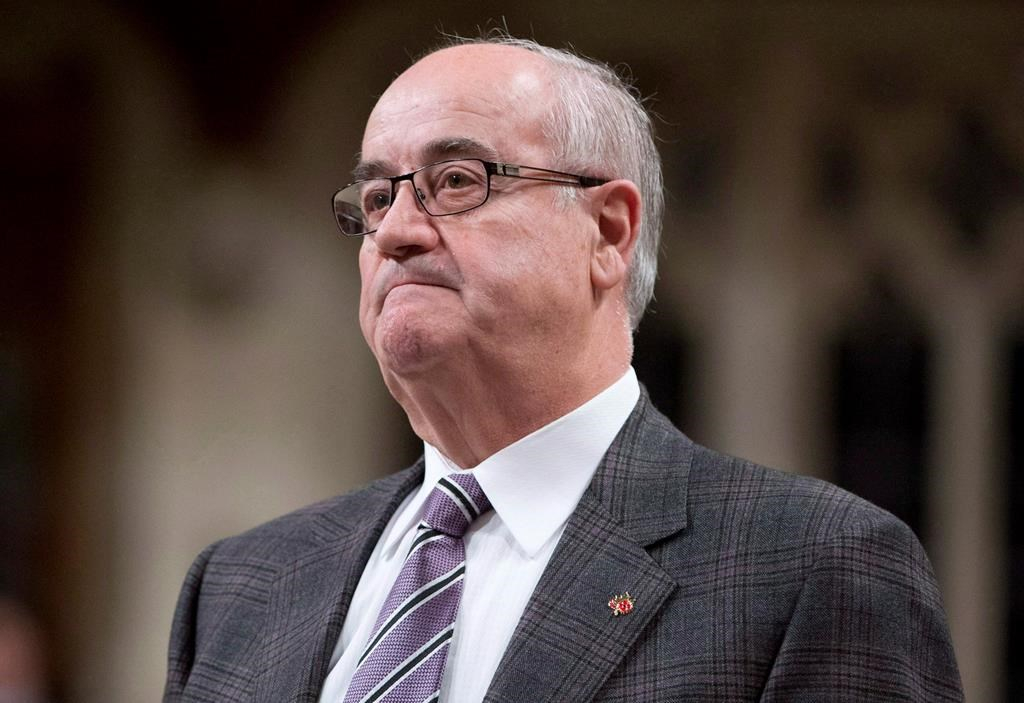 Crown Attorney John McInnes told court there was no reasonable prospect for conviction due primarily to inconsistencies in the accuser's testimony and lack of witnesses.

The allegations of assault with a weapon and assault causing bodily harm were made by John Bonnici and stemmed from when Fantino was a Toronto police officer during a raid in 1973.

"Mr. Fantino cannot be charged with assault with a weapon because that charge didn't exist in 1973," McInnes told court. "And there is no evidence Mr. Bonnici suffered bodily harm. He testified he experienced nerve sensation and bodily swelling."

Those injuries, he said, fall short of bodily harm and, he added, hospital records could not be found because they may have been destroyed some time during the intervening years.

McInnes said Bonnici's story changed several times since the charges were approved by a justice of the peace in late July after a closed hearing.

He said Toronto police conducted an investigation in August and the province's Special Investigations Unit, which probes incidents involving police in which there have been death, serious injury or allegations of sexual assault, also looked into the matter.

The SIU did not invoke its mandate to investigate and Toronto police were unable to corroborate the information provide by Bonnici, McInnes told court.

He added that many of the witnesses to the raid were now dead.

Bonnici testified in the closed hearing that Fantino was in charge of the raid where he was allegedly roughed up by officers.

McInnes said Fantino was only a constable at the time and not in charge.

Bonnici told the Toronto Sun that an officer poured ketchup down his buttocks and further alleged Fantino spread the condiment by stroking the outside of his pants with a police baton.

"Our decision today doesn't reflect the truth of the allegation," McInnes told court. "But it makes it impossible to establish what happened in 1973."

Fantino's lawyer, Mark Sandler, called the accusations patently false and said it was no coincidence the allegations against the former Conservative MP were levelled just before the federal election was called in early August.

Fantino, the onetime veterans affairs minister, lost his bid for re-election to Liberal Francesco Sorbara in the riding of Vaughan-Woodbridge. He was not present at Wednesday's hearing.

"The complaints in many respects are absurd, and I don't say that lightly," Sandler told court. "The system in a very real sense failed Mr. Fantino."

Court heard Bonnici brought forward the charges because he did not like Fantino's treatment of war veterans as the veterans affairs minister.

Police generally lay criminal charges, but anyone who has reasonable grounds to believe someone has committed an offence can go to a justice of the peace or provincial court judge, who determine if a summons or warrant should be issued to compel an accused person to come to court to answer the charge.