Indigenous peoples and climate to be factored in federal pipeline reviews 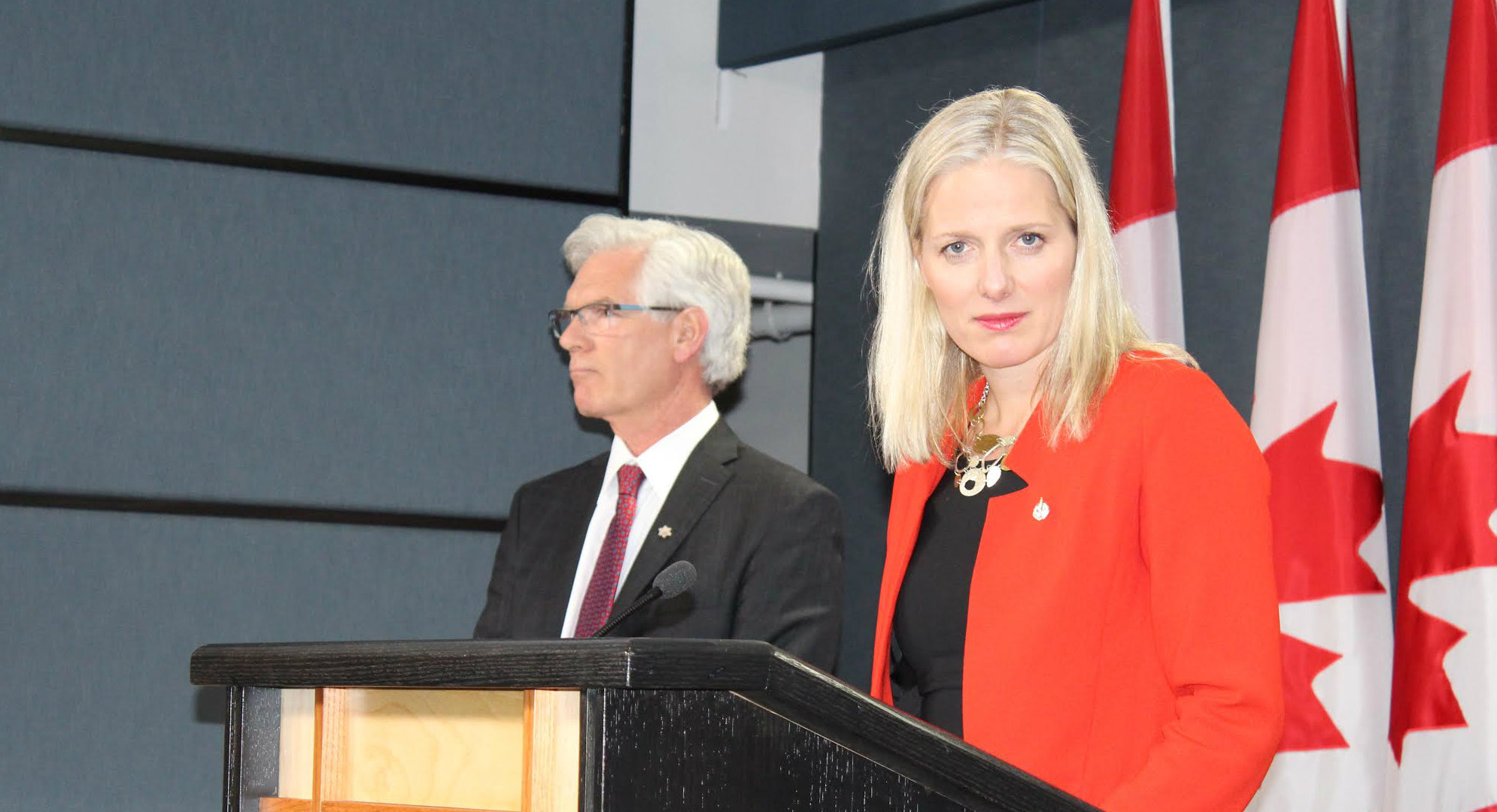 Prime Minister Justin Trudeau’s government will extend the reviews of two major proposed pipeline projects by several months and appoint new members to the National Energy Board as part of a larger overhaul of the process meant to restore public trust in federal oversight of industry. Climate change will also be considered as part of future pipeline reviews.

Environment Minister Catherine McKenna and Natural Resources Minister Jim Carr made the announcement as they confirmed the government would deliver on election campaign commitments to improve consultations with Indigenous peoples and assess greenhouse gas emissions from the oil and gas industry that are associated with new pipelines.

"Cabinet... will look at all the factors and ultimately decide what is in the best interest of the country," said McKenna, standing together with Carr.

The proposed changes come in the midst of an acrimonious debate between environmentalists and oil industry advocates that has spilled into a nasty war of words between different regions in Canada. Environmentalists have said that the existing process is rigged and putting the public at risk, while industry advocates have defended their environmental performance while arguing that their projects are needed to create jobs and growth. In total, the government said it would apply five guiding principles to its changes in the review process.

The government said it would also extend its Energy East review by six months and it would extend its review of Kinder Morgan’s Trans Mountain pipeline expansion to the west coast by four months to improve the consultations and review process.

Both companies said in separate statements that they were reviewing the government's announcement.

"While we have concerns about how this delay could impact the Project schedule, we support the principle that public confidence in the review process is crucial and look forward to working with the Government of Canada on how our years of work in the area of consultation will be considered," said Ian Anderson, the president of Kinder Morgan Canada.

TransCanada said it was committed to pursuing work with regulators and government to demonstrate it is continuing efforts to transport Canadian resources in the "safest and most environmentally sound way possible," with meaningful input of Canadians.

While the government said its decisions would ultimately be based on science, traditional knowledge of Indigenous peoples and other relevant evidence, Carr explained that it could not address some immediate concerns such as a lack of cross examination of Kinder Morgan in the ongoing review, without disrupting that process.

Carr said these issues could be addressed in the long term as the government develops more comprehensive changes to improve the NEB.

“Decisions will be based on science, traditional knowledge of Indigenous peoples and other relevant evidence,” the government said.

The government also said that project proponents would not be asked to start its application process all over again.

Another principle of the changes proposed by the Liberals would mean that the government would seek and consider views of the public and affected communities.

“We have made very little progress in that direction under the former federal government’s rules," Phillips said. "If these new rules will allow the issues to be heard and then to get to a decision, then they will have helped the process."

She added that Alberta's NDP government was pleased to hear that no existing project would have to restart its review process, while noting that the new provincial climate change plan should also be considered in the pipeline review process.

Federal Conservative natural resources critic Candice Bergen said the government's announcement was not good news for industry and would add an extra "layer" in approval processes for pipelines and another time delay.

The previous Conservative government had also provoked a time delay in the Kinder Morgan hearings last summer when it nominated a Kinder Morgan consultant as a member of the NEB, forcing the regulator to suspend its hearings and take steps to ensure the appointment wouldn't cause a conflict of interest.

Green Party Leader Elizabeth May said she understood that the government would be unable to make significant changes to existing reviews without prompting a risk of lawsuits from the proponent.