The first hundred days of Trudeau 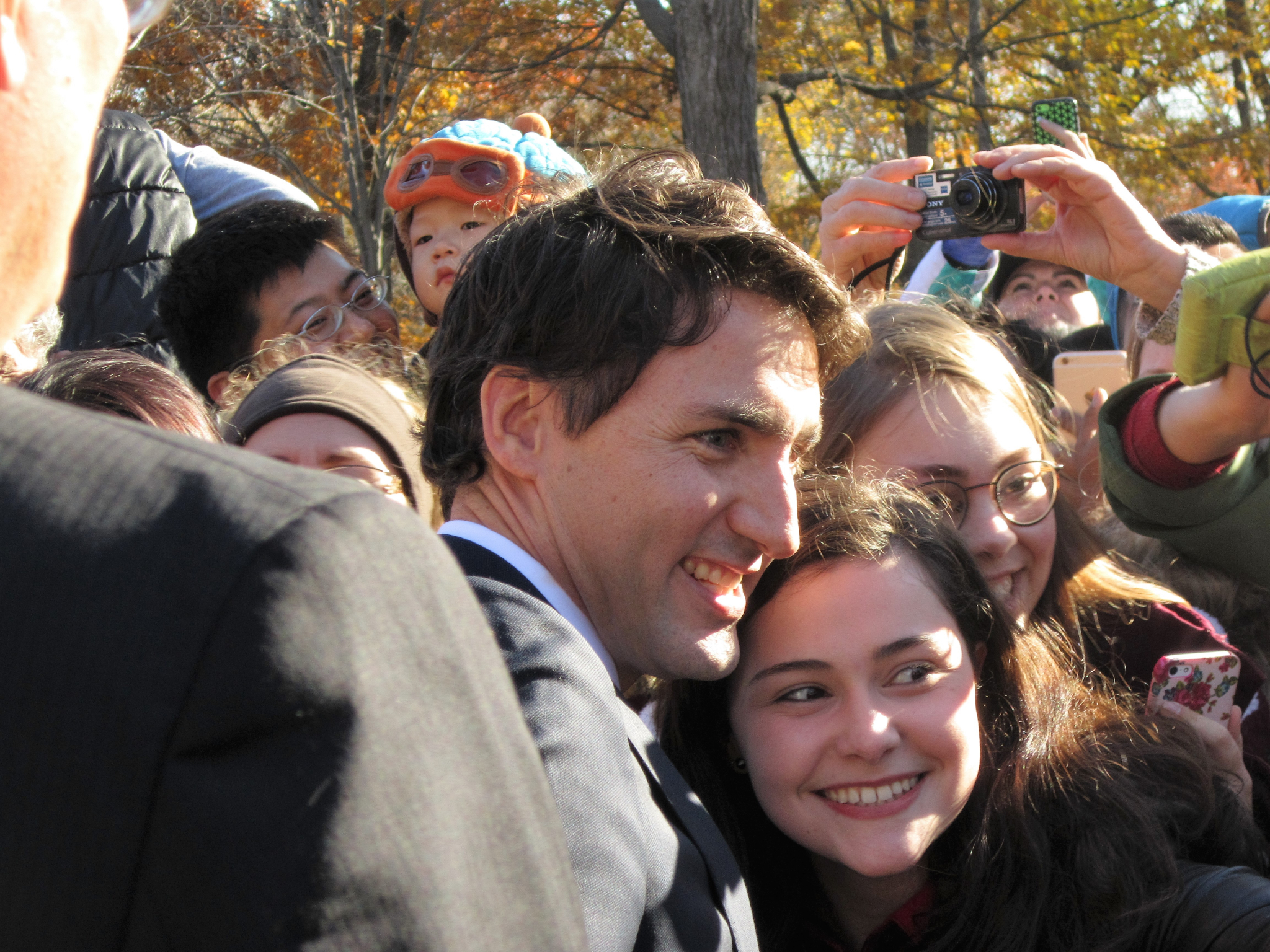 Justin Trudeau poses with a well-wisher on Nov. 4 in Ottawa soon after he was sworn in as PM that day. (Photo: Fram Dinshaw).
Previous story
Next story

One hundred days after Justin Trudeau was elected prime minister, his government has some achievements – along with a few broken promises.

Here are some other hundred day highlights of Trudeau’s government, as reported on the TrudeauMetre website:

…and some lowlights too.

On Wednesday, the Trudeau government announced changes to the pipeline review process that would include an extension of Kinder Morgan Trans Mountain and Energy East pipeline reviews. However, some say the changes don't go far enough, and that the building of more oil and gas export pipelines would be incompatible with the government's climate goals.

After 100 days in office, a further 199 election pledges were either in progress or as yet not started.