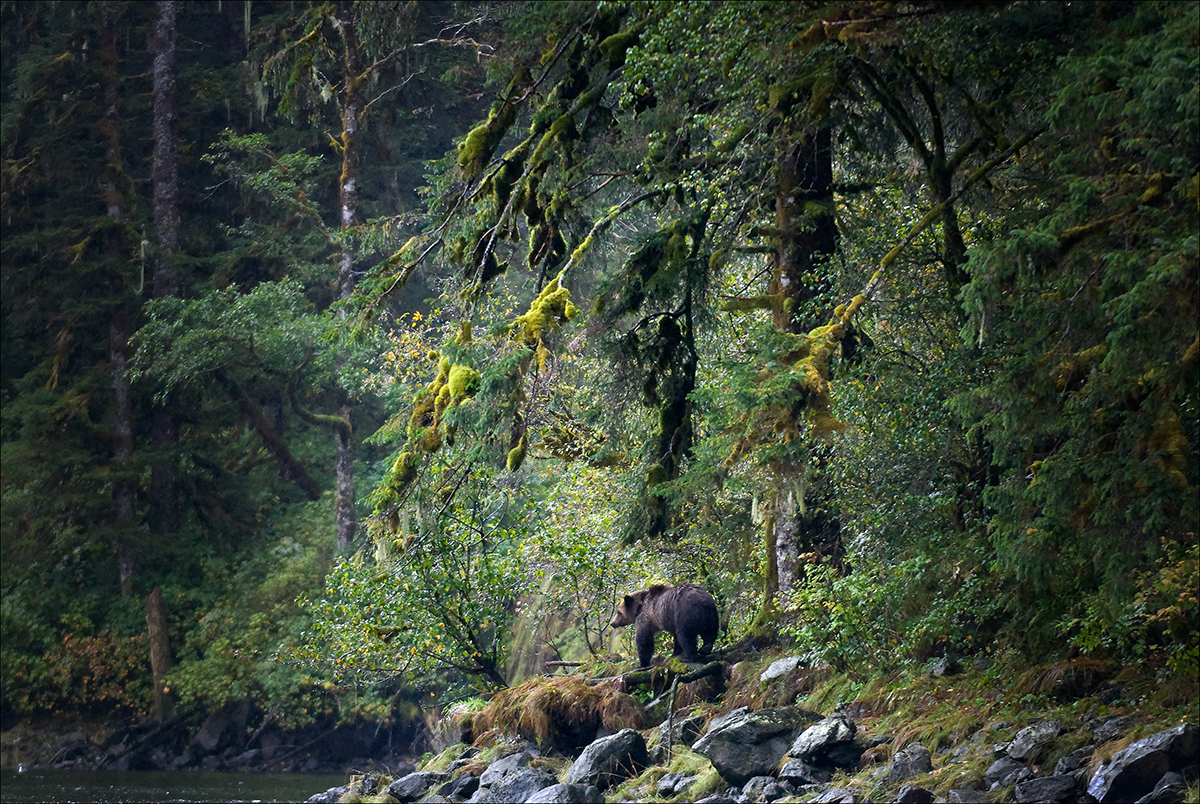 Today, the B.C. government will join Indigenous leaders and representatives from environmental groups and the timber industry to announce the finalization of a 19-year effort to protect the Great Bear Rainforest, Canada’s spectacular coastal rainforest.

As a result of the new legislation, 85 per cent of the forest — the largest coastal temperate rainforest left on Earth — will be off limits to industrial logging, a total of 2.4 million hectares. The announcement, scheduled for 10 a.m. at the Museum of Anthropology at UBC in Vancouver, is hailed as “precedent-setting” for the future of conservation and sustainable forestry by non-profit environmental group Canopy:

"As the world today celebrates the completion of the Great Bear Rainforest Agreements," said Nicole Rycroft, founder and executive director of Canopy, "well-deserved praise is being showered on First Nations, British Columbia’s provincial government, the forest industry, and key environmental groups for their role in this remarkable achievement.

"Canopy joins in applauding their accomplishments and also recognizes the champions behind the scenes – the market customers who played critical roles in bringing this precedent-setting outcome to fruition."

“Time and again we have seen the incredible influence of large global customers in ultimately helping secure this win-win solution,” she continued. “We look forward to helping influence positive change in other key conservation hotspots.”