In a post-Paris world, Energy East pipeline will never be built 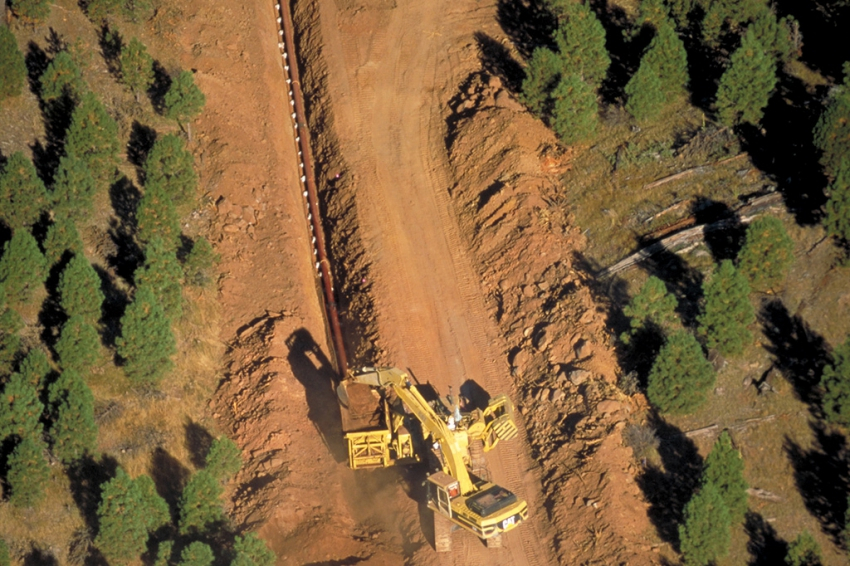 The recent intense debate over the Energy East pipeline has sidestepped an inconvenient reality that makes it far less important what mayors like Denis Coderre and Naheed Nenshi, or Conservative leader Rona Ambrose think of the project.

With most of the world’s countries agreeing in Paris last month to keep average global warming below 1.5°C, Energy East won’t be built—because the diluted bitumen it is meant to carry will almost certainly have to stay in the ground.

Even if the project passes regulatory muster, even if TransCanada Corporation manages to hold the confidence of an increasingly carbon-averse investment community, building the pipeline would be a multi-billion-dollar fiasco. Because even if fossil fuel prices recover over the short term, it’s hard to see how a rapidly-decarbonizing world will have any use for 1.1 million barrels per day of dilbit over the pipeline’s decades-long lifespan.

Which means it’s time to ask a couple of impertinent questions:

How long would Energy East have to operate to recoup an investment that has already mushroomed from $12 billion to $15.7 billion, en route to a possible $19.3 billion, according to the company’s own regulatory filings?

And why should investors take the risk, when the smart money (a record $329 billion in 2015) is being pumped into renewable energy and energy efficiency technologies that received a powerful boost at last month’s United Nations climate summit?

The latest chapter in the Energy East drama began January 21, when Coderre, representing the 82 municipalities of the Montreal Metropolitan Community, declared himself against the project. Nenshi shot back—alongside Ambrose, Premiers Rachel Notley of Alberta, Brian Gallant of New Brunswick, and Brad Wall of Saskatchewan, and Alberta opposition leader Brian Jean.

Even comedian Rick Mercer got into the act.

iPolitics columnist and ex-Conservative MP Brent Rathgeber chimed in, asserting that “as long as there’s a market, oil and oil products are going to be moved from where they are extracted to where they are needed. What perplexes me—and Albertans in general—is why the Denis Coderres of the world believe that if pipelines are not built, bitumen will somehow have to stay in the ground. It won’t.”

That’s exactly the mindset that keeps Alberta’s economy dependent on a volatile commodity that delivers boomtown benefits (and impacts) when times are good, but devastating hardship when prices slide.

Fossil fuel demand won’t disappear overnight, and there’s some sense in the oilpatch’s argument that they’ll keep producing their product as long as consumers—that’s all of us—expect to use it.

But Energy East won’t be selling into today’s market. If it is built, it will survive or fail in a world where deep energy efficiency gains are seen as the ticket to a net-zero building stock. Where utilities rely on a modernized grid to embrace cost-effective solar and wind, and electric vehicles make the internal combustion engine obsolete. And where the ever-more-obvious and dire impacts of climate change make needless fossil fuel consumption as socially acceptable as impaired driving or indoor tobacco smoke.

“We will be hated and vilified, in the same way that the slave traders were once hated and vilified,” Brian Ricketts of the European Association for Coal and Lignite cautioned his members in the days after the Paris conference. “You might be relieved that the agreement is weak. Don’t be.”

Ricketts could have been talking about any fossil fuel. Last May, the G20 warned that unburnable carbon could represent a $6-trillion investment risk. In September, analysts reported the global fossil fuel divestment movement had grown 50-fold in a year, to encompass 436 institutions representing US$2.6 trillion in assets.

This trend is bigger than Energy East, far bigger than a spat between big-city mayors. But it isn’t too late for Alberta (and the rest of Canada) to sign on with the winning side.

Nenshi’s city powers its light rail system with clean electrons, produced in a province that was one of Canada’s earliest adopters for wind power. His province has better solar potential than Germany, a country that leads the global energy transition. Clean energy produces more direct employment than the Alberta oilsands—and that was before crashing oil prices triggered massive layoffs.

So if we’re really concerned about Alberta’s pain—and if we’re not, we should be—a questionable new pipeline project is the last thing we should want. Friends don’t let friends stake their future on pipe dreams. Especially when a better option is so easily available.

Mitchell Beer is president of Ottawa-based Smarter Shift and curator of The Energy Mix, a thrice-weekly e-digest on climate, energy, and low-carbon solutions.