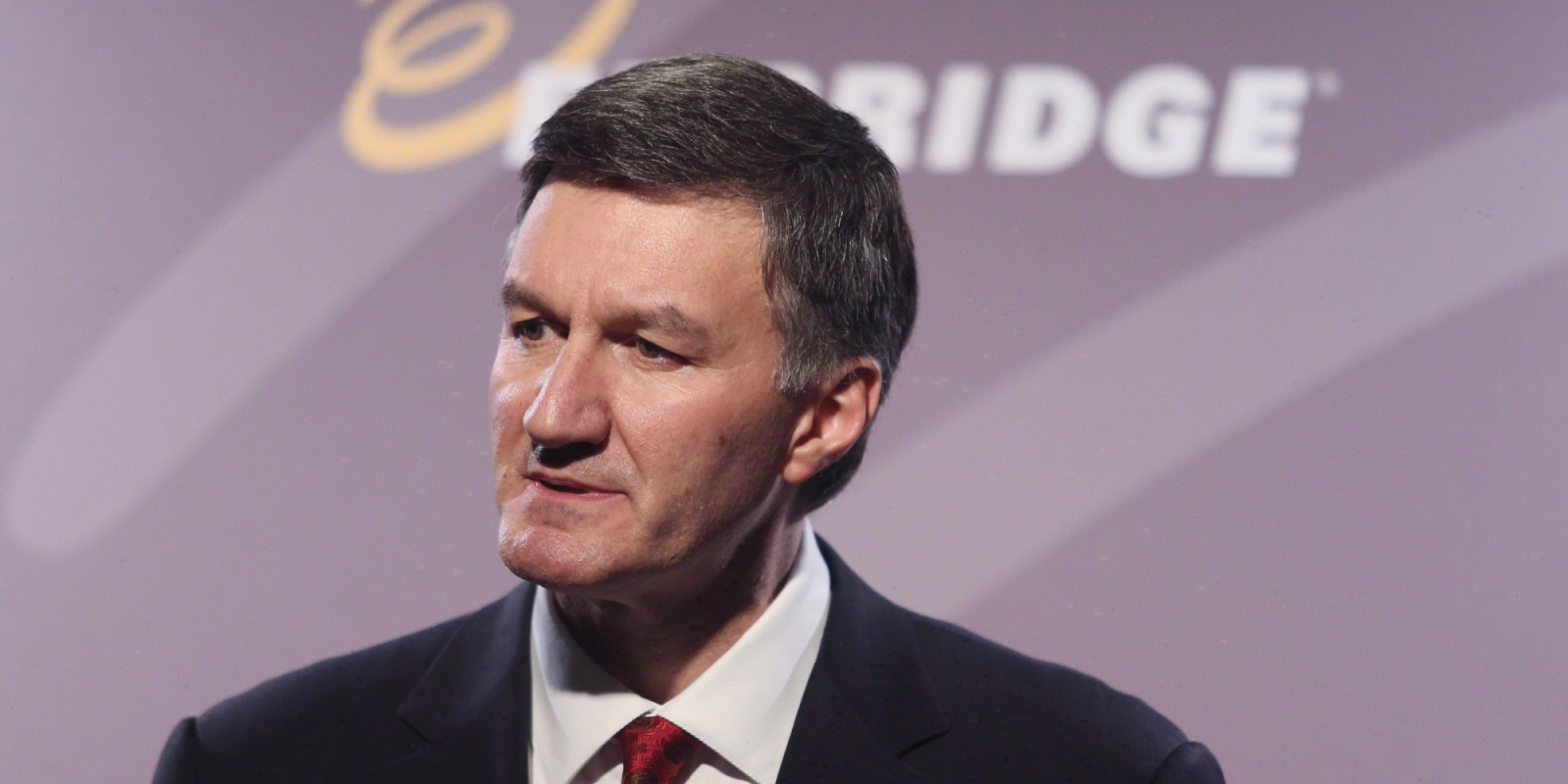 Canada’s largest pipeline company is trying to rebalance its business so that it won’t be dependent on Alberta’s oilsands sector after 2019, Enbridge executives told a conference call on Friday.

“The reality is the FIDs (final investment decisions) on new incremental (oilsands) projects are obviously going to be tougher in this environment,” said Al Monaco, Enbridge’s president and chief executive officer.

Monaco made the comments after the Calgary-based company ended the last three months of the year with stronger profits than it was expecting. Enbridge said it believes it has enough projects to carry it through the next three or four years, but noted that most of its earnings depend on its liquid or oil pipelines.

When pressed by analysts on the call, Monaco declined to get into specifics about how Enbridge, traditionally seen as a strong advocate for oilsands development, plans to rebalance.

“As we’ve said, we would like to seek a better balance," Monaco said. "But on the other hand, I don't want to put a specific number on it, because that would imply that we need to get there and although we would like to be, from a strategic perspective, a little bit more balanced, the bottom line is always going to come in terms of how we allocate capital in terms of whether or not those opportunities work.”

Monaco said some large oil companies might still invest in new oilsands projects in the coming years. But Enbridge believes that many producers are turning toward more flexible and less expensive projects. The oilsands in Northern Alberta hold the world's third largest crude reserves behind Saudi Arabia and Venezuela, but are costly to exploit since they require massive amounts of energy and water for production and make up Canada's fastest growing source of climate-warming greenhouse gas emissions.

“In terms of how we look at growth beyond 2019, we’ve been trying to establish opportunities around new platforms, whether it’s power generation, transmission, natural gas and other opportunities to build that inventory now for the future,” said Monaco. “You can't just find new opportunities when you need them. You have to start building for the future early and that’s what we’ve been doing over the last couple of years.”

Monaco also said that he believed it would be an excellent time for investing in wind and solar projects in Alberta, particularly after the provincial government announced a new climate change plan that proposes an economy-wide tax on carbon pollution, while encouraging more renewable forms of energy.

"We think this is a very good environment (in Alberta) to invest in renewables," said Monaco. "You've got a great resource, plus you've got a set of conditions, from a policy point of view that would support further investment here and obviously, we're an Alberta-based company, so this is good news."

But Monaco added that jurisdictions with some prescribed targets for renewable energy generation, such as parts of the United States and Europe are also "very attractive" options for future investment.

Enbridge announced last fall that it was moving into offshore wind development, making a C$750 million investment in the Rampion Offshore Wind Project in the United Kingdom.

"So this is one of those pick and choose type of decisions we always make as to where to put the capital so that's how we look at it right now," he said.

Meantime, the company is continuing to proceed with proposals to expand pipeline infrastructure linking the oilsands to American refineries, a strategy that was criticized this week in a new report released by several environmental groups.

Enbridge executives confirmed this week that one of those projects, the Line 3 pipeline replacement project between Hardisty, Alberta and Superior, Wisconsin, was likely facing delays, pushing an anticipated start-up date two years further to 2019 because of a new environmental review in Minnesota.

The company also said on Friday that it is reviewing recent comments by Canada's newly-elected Liberal government that it is considering whether to apply its new tougher environmental review principles on pipeline projects to the Line 3 replacement. If approved, the aging Line 3 replacement would modernize, widen and double its capacity to 760,000 barrels of oil per day.

Enbridge has said that the Line 3 replacement, estimated to cost about $7.5 billion, is the largest project in its history.

Monaco also said that Enbridge might not make a deadline required to start construction on its proposed Northern Gateway Pipeline project linking Alberta’s oilsands to the northwestern British Columbia coast before the end of the year since it is still working on meeting more than 200 project conditions.

Although Monaco said Enbridge was quietly making progress in negotiations with local communities and First Nations, most expect Northern Gateway will not proceed because of opposition from the newly-elected Liberal government in Ottawa and its plans to introduce a ban on oil tanker traffic off the North Coast of B.C.

Enbridge ended the last year announcing it was cutting its workforce by about five per cent. Monaco said it is continuing to look at different ways to improve its efficiency, including through improving how it spends its capital.