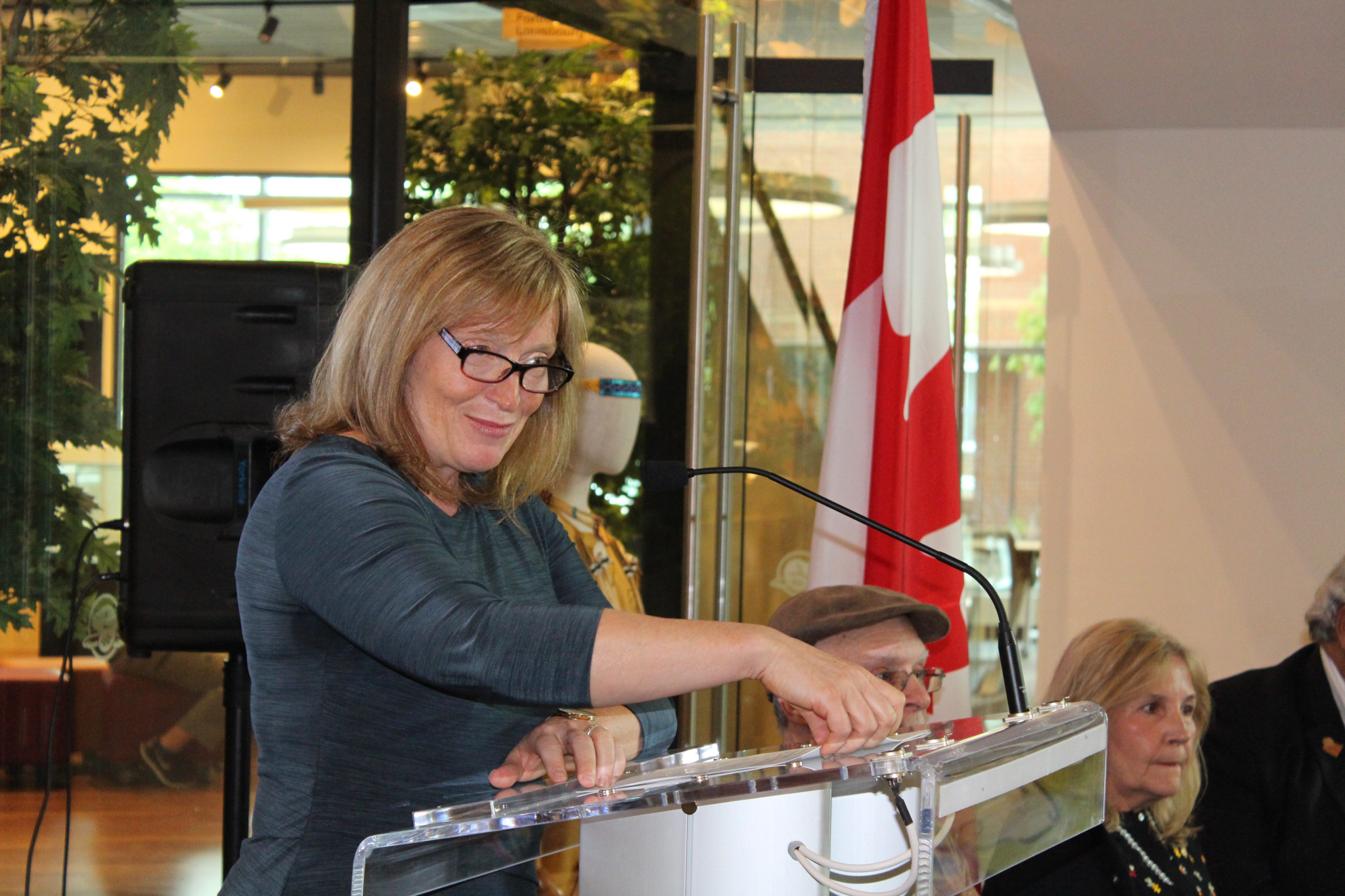 Federal Information Commissioner Suzanne Legault honours champions of the right to access information at an event in Gatineau, Quebec on May 25, 2016. Photo by Mike De Souza.
Previous story
Next story

The new information, released to National Observer on Tuesday, shows that the Calgary-based company had internal reports showing a flurry of environmental problems in both its central and western regions. Prior to the release, no one had disclosed the full scope of Enbridge’s environmental problems and where they were occurring. These included issues such as difficulties in ensuring adequate environmental inspections in its western region as well as regarding its efforts to safely handle hazardous materials.

The federal agency, Canada's National Energy Board (NEB), concealed its knowledge of the existence of these reports when it publicly released a 2015 audit that concluded Enbridge was violating several pipeline safety rules, while taking steps to improve its performance.

Responding in 2016 to a formal request under Canada's access to information law, the NEB later disclosed that it had reviewed the secret Enbridge reports as part of its audit. But, following the advice of Enbridge, the federal agency censored the names of the reports.

The revelations contrast with previous statements by both the company and the federal regulator suggesting that the public should trust them because they are transparent. The new information will also feed into criticism from environmental groups, First Nations and landowners that allege that the NEB is too cozy with industry and unable to do its job effectively.

The information is coming to light as a result of a complaint filed by National Observer in response to the NEB’s censorship of records released through access to information legislation, which legally requires federal organizations to disclose records upon request.

The office of the federal information commissioner, Suzanne Legault, launched an investigation of the complaint, soon after it was filed, prompting the NEB to release records this week showing that Enbridge, one of North America’s largest energy companies, had reviewed its environmental performance in its central region in 2012 and its western region in 2013, finding similar problems in both regions.

“Examples include hazardous materials storage and documentation issues that were found in 2009, 2011, 2012 and 2013,” the NEB wrote in the audit. “Areas for improvement are not tracked with respect to management decisions and, where appropriate through to resolution. As an example, in the 2013 Environmental Review, the lack of environmental content within standard Field Inspections was noted. If this issue was appropriately considered and managed it could have led to better compliance by Enbridge.”

The news also coincides with details about a new US$177 million settlement between Enbridge and the U.S. government for two major pipeline spills in Marshall, Michigan and Romeoville, Illinois in 2010.

"The learnings from our experience have made us a better company and the way we think about safety has changed," said Enbridge president and chief executive Al Monaco in a statement, following the settlement. "Over the past six years, we've intensified our focus on the safety and integrity of our systems enterprise-wide and we've invested significantly in our people, processes, equipment and technology. Across Enbridge, our team is galvanized by our number one priority of safety and reliability of our systems and the protection of the public and the environment."

The internal records related to the 2015 NEB audit have also highlighted an unusual practice of the Canadian regulator when it’s investigating issues that potentially pose a threat to public safety. It examined both of Enbridge’s secret reports at the company’s offices but investigators did not make or keep any copies of the records and left them behind at the building. This means that members of the public, at this time, cannot request or access more details or information from the secret Enbridge reports.

The NEB has extraordinary powers under Canadian law to investigate pipeline safety issues under its jurisdiction, seizing any documents or evidence that it needs to ensure public safety. The Board also has powers to issue orders like a federal court and has a duty to keep records, while being fair and transparent about all issues that it formally reviews.

As National Observer reported in May, the NEB made changes to the Enbridge audit, prior to its release, in response to 28 pages of recommendations submitted by the company. These changes included the removal of four key paragraphs that explained how Enbridge was having difficulty addressing a chronic pipeline industry problem that causes fatal cracks to form on lines that are under stress.

It is normal for subjects of audit to get a chance to review draft versions of reports, but the NEB declined to answer 10 out of 11 questions from National Observer last spring, asking why the regulator agreed to Enbridge's proposed changes.

“NEB audits are conducted to the highest standards of fairness and integrity,” Darin Barter, an NEB spokesman, had written in an email from last spring. “We will not compromise public safety or the protection of Canada’s natural environment during our oversight of Canada’s network of pipelines.”

Enbridge did not immediately respond to requests for comment on Wednesday about the new revelations, but it previously told National Observer that it agreed to the NEB releasing the 28-page list of recommendations, but that it had objected to releasing details about the two environmental reviews since they were “bound under law due to solicitor-client privilege.”

The NEB declined to comment on the case since Legault’s office had not yet concluded its investigation.

And so the scandal is ongoing

And so the scandal is ongoing.

It should be remembered that

It should be remembered that the Harper government played Santa Claus for Enbridge when that organization was planning the Northern Gateway pipeline. What playing Santa Claus consisted of was gutting Canada’s Federal environmental regulations, the Fisheries Act and the Navigable Waters Actwith the advice of Enbridge.

Since this column and the reports it deals with disclose that Enbridge did not meet the environmental standardsfor the project and is already operating, Canadians are lucky that Northern Gateway seems to be running up against serious roadblocks.

Let the lawsuits continue and let the idea of Northern Gateway .be shut down permanently

Some of the best

Some of the best investigative reporting since Alan Garr was news director at LG-FM. You people are the best.

Thank you for the feedback

Thank you for the feedback and kind words. It's much appreciated!