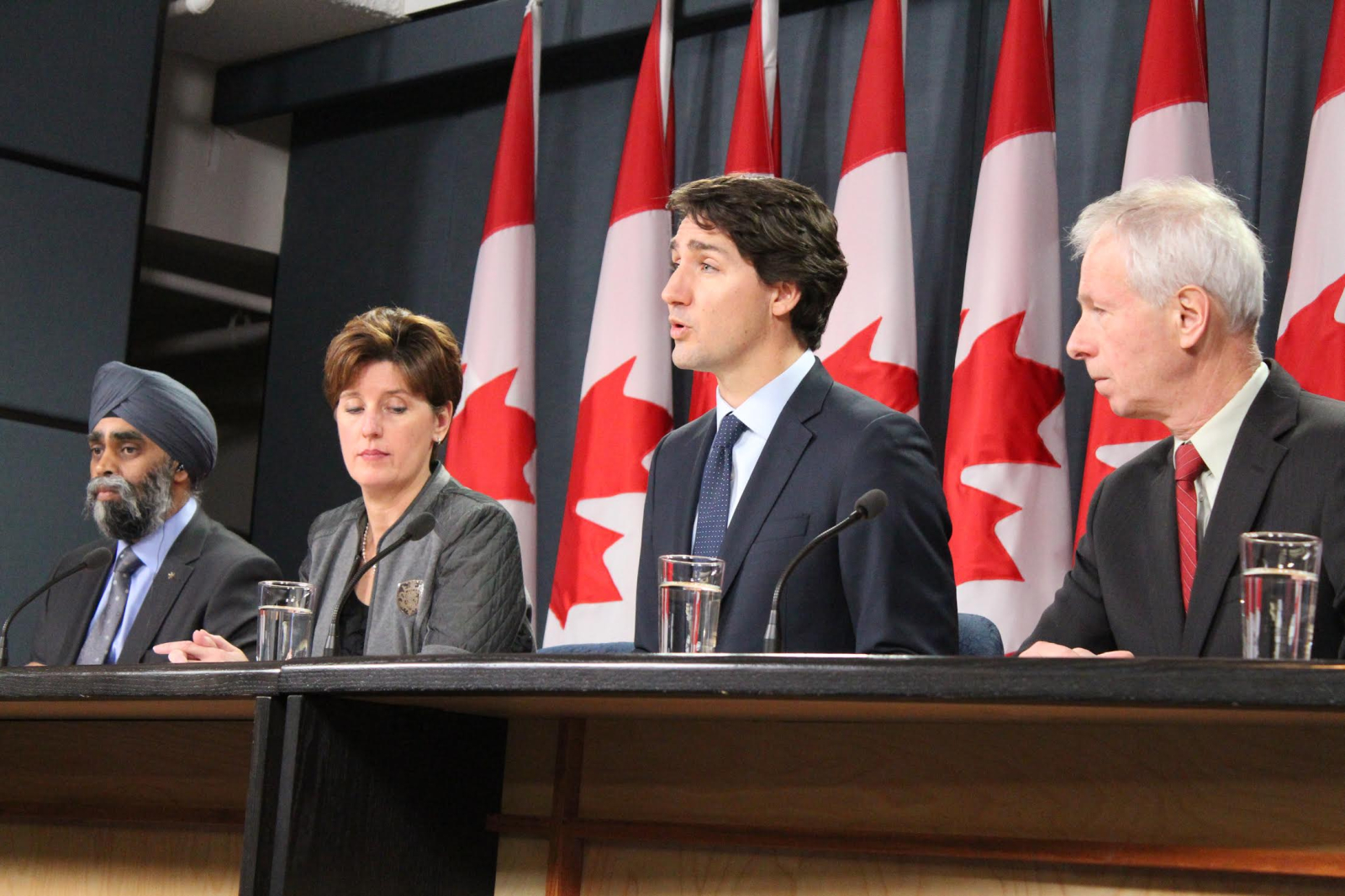 Canada's public servants are proposing to release numerous government secrets as part of a sweeping overhaul that was promised in the last election campaign by federal Liberals, says a draft strategy document leaked to National Observer.

Prime Minister Justin Trudeau promised, in the campaign, to be more open and transparent, seizing on complaints about the former government creating a culture of secrecy.

Government should be "open by default"

The new strategy document, although only a draft at this point, is proposing how public servants can help the government loosen efforts to control information and revive public trust in federal institutions, through major changes in day-to-day operations of all departments and agencies.

“This strategy is a call to action to all public servants to adopt new standards for how we implement, measure and evaluate communication activities,” said the strategy document, sent by the Privy Council Office (PCO) to communications managers across the federal government. “Government and its information should be open by default.”

The Privy Council Office is the central department in the federal government, offering policy advice and support to the prime minister’s office.

While recommending stronger efforts to engage with journalists, the document also proposes bold steps such as encouraging departments to openly post briefing documents that are prepared for their top bureaucrats so Canadians can access facts and analysis about government operations and key topics that affect their lives.

“Open Data, Open Information, and Open Dialogue are the watchwords of Canada’s Open Government approach,” said the strategy. “Their purpose is to create greater transparency and accountability in our government and support the communications priority of reviving public trust in government institutions.”

The strategy said PCO would begin consulting with journalists in April to discuss ways to improve media relations. But it suggested that departments and agencies could start the process by considering reporters as their “clients" and answering their questions clearly and accurately - a problem frequently flagged as a sore point among media outlets covering governments around the world.

The strategy noted that journalists are an important source of information for Canadians.

“They (journalists) play an important role in the democratic process by making the business of government accessible to everyone,” said the draft strategy. “We have an obligation to answer journalists’ questions freely, thoroughly and in a non-partisan manner. To ensure our professionalism and engagement with the media, we will establish relations with journalists whereby they are viewed as clients who, at a minimum, are entitled to clear, timely and accurate answers to their questions."

It also proposes that departments and agencies should post information or statistics about complaints from journalists, starting in June, as part of efforts to encourage bureaucrats to improve their communications with the media.

In order to provide more timely information, the strategy recommended that departments and agencies also need to train more experts and managers to interact with Canadians and journalists to answer questions about their areas of expertise - either through interviews or on social media websites.

The new strategy follows the release of separate briefing notes prepared last fall by the Treasury Board Secretariat for its new minister, Scott Brison, that said the public service needed a “cultural change” to deliver on the Liberals promise to promote a more open government.

The Treasury Board Secretariat is a department that oversees how the government spends money and provides services.

"Some of these changes are not easy,” said those briefing notes, released through access to information legislation to CBC News. “They are radical departures from how the government has operated over the last decade.”

Kevin Page, Canada’s former parliamentary budget watchdog, said the new strategy proposals from PCO sounded interesting, but he said the government needs to go further to incorporate other promises the Liberals made in their platform about improving access to information, evidence-based decision making and other government operations.

“By itself, I do not think it will move the openness and transparency yardsticks very far down the field,” said Page, a research chair on government issues at the University of Ottawa.

The proactive release of briefing notes, as proposed in the draft strategy, would also be based on principles of Canada’s access to information legislation which allows the government to censor sensitive material, including advice or matters that are under consultation or deliberation.

Historically, federal briefing documents have been kept secret in Canada, unless requested through access to information legislation, which requires people to pay a $5 fee to obtain specific government records. But in recent years, due to federal efforts to control and censor the release of information, numerous departments have been flooded access to information requests from people seeking answers to basic questions about government operations. It has led to delays and added costs for departments that are required to process requests and respond to complaints.

The PCO strategy document said that proactively releasing these briefing notes on the canada.ca government website would be a good policy.

“Publishing briefing notes routinely will help cut red tape and reduce the expenditure on (access to information) requests,” said the draft PCO strategy document. “It will also ensure that this information is, by default, bilingual and meets the publishing requirements of canada.ca.”

But Page said a combination of measures, including proposed improvements outlined in the Liberal platform to improve transparency, “are more apt to provide the kind of openness and transparency that strengthens debate, scrutiny and accountability.” For example, he noted that one Liberal promise to give binding powers to the federal information watchdog to compel departments to release documents could make a significant difference in improving transparency.

"There has been a general concern that the public service has been hiding behind (existing legislation) to prevent the release of important information," Page said.

He added that he'd prefer to see information about the facts surrounding the decisions made by cabinet ministers made public, rather than the proactive release of a large collection of briefing notes that could cause unnecessary work for bureaucrats.

Lines between party and government

Among other recommendations in the new communications strategy, the PCO is also recommending that departments take “particular care” to ensure that government communications resources are used only for non-partisan purposes.

The former Conservative government was criticized by the New Democrats and the Liberals for blurring the lines between partisan and government advertising. It had used taxpayer resources to fund an online video show about former prime minister Stephen Harper. In one case, it even got some public servants to work overtime to film an advertising video last year that featured former employment minister Pierre Poilievre, promoting new financial benefits for families.

The new PCO strategy proposes introducing a third-party reviewer to ensure that the government is paying for non-partisan advertising, another federal Liberal promise, but said it would update this section of the strategy following an anticipated government announcement in late March.

The plan also calls on departments to use sophisticated tools to track public response to their communications efforts, including analysis of the impact and reach of advertising and marketing efforts.

Overall, the strategy calls for each department and agency in government to set five communications priorities in the coming months, including two that would involve cooperating with another department or agency. The strategy said each of these priorities must be made public and align with the Liberal government’s goals from its throne speech to strengthen the middle class; to promote a clean environment and strong economy; to recognize diversity as Canada’s strength; to deliver an open government; and to protect security and opportunity.

The strategy also proposes that all departments and agencies should publish their policies for spokespersons as well as information about how Canadians can get information and interact with them in emergency situations such as a natural disaster, an attack or pandemic.

Some public servants have expressed concerns that the proposal to publish complaints from journalists could allow malicious reporters to target spokespeople they don't like.

When asked about these concerns, the senior PCO official responsible for the strategy stressed that the document was only a draft, designed to open a dialogue and flush out ideas about how to improve communications.

The official said that the government doesn’t ordinarily comment on leaked documents, but — consistent with recommendations from the strategy — he agreed to answer questions about the government's objective.