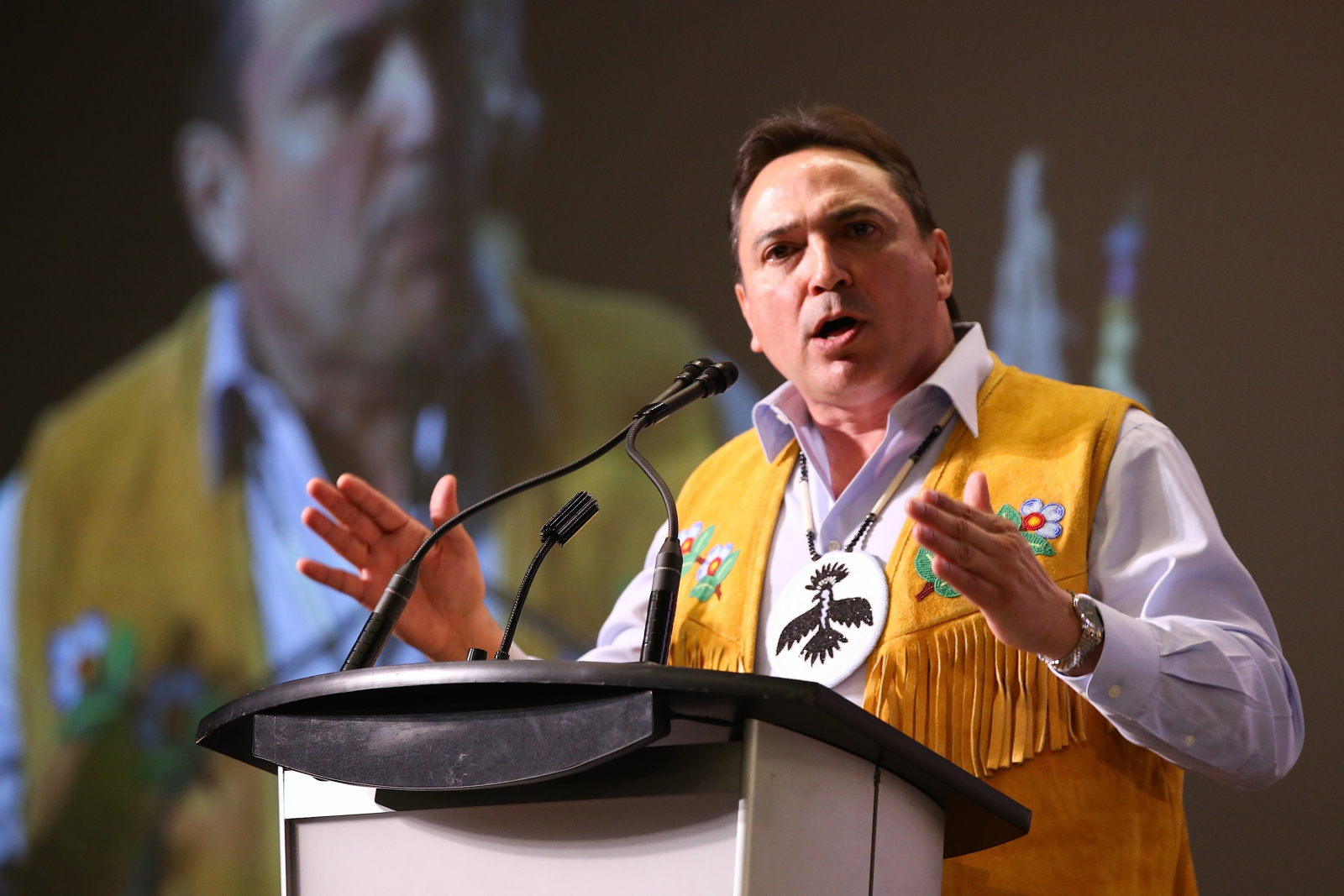 Canada’s top aboriginal chief says there needs to be a national strategy to fight what he calls a devastating suicide epidemic faced by indigenous communities across the country.

National Chief Perry Bellegarde with the Assembly of First Nations says his heart goes out to the Pimicikamak Cree Nation in northern Manitoba, where six people have killed themselves in the last two months.

After a speech in Winnipeg on Friday, Bellegarde said the issue goes beyond the community 500 kilometres north of the city, which is also known as Cross Lake. Indigenous youth are up to seven times more likely to commit suicide than the national average, he said.

That strategy has to include adequate mental−health supports, as well as recreational facilities, proper education and the restoration of cultural pride among young people, he suggested.

In addition to the suicides, another 140 people from Cross Lake have attempted suicide or threatened to kill themselves. Another 100 kids are on a suicide watch.

The grief−stricken community declared a state of emergency earlier this week in the hope of getting extra support for exhausted health professionals.

Bellegarde said it shouldn’t have taken a crisis to raise government support.

"Governments have known for a number of years about the high suicide rate amongst our people."

The reserve is asking for at least six mental−health workers and round−the−clock counsellors in the short term. The band council is also calling for increased job opportunities, a hospital and youth recreational facilities.

The federal indigenous affairs minister, as well as the health minister, has said Ottawa is doing everything it can to help the community right away, while trying to address the underlying reasons why so many indigenous people commit suicide.

Manitoba Premier Greg Selinger said he met with Cross Lake leaders Friday and health crisis workers have arrived in the community. The federal government has pledged to fund the extra support for eight weeks, he said.

The province is also doing what it can to improve recreational opportunities, especially over the upcoming March break, he said.

"Under the previous (federal) government, there had been quite a few reductions in the mental−health workers in First Nations. There is clearly a need for more prevention resources."

Grand Chief Sheila North Wilson, who represents northern Manitoba First Nations including Cross Lake, said the reserve is grateful for the support it’s received so far but people are still in shock.

"It is overwhelming and they’re hoping that it will stop soon," said North Wilson, who compared the crisis to a recent school shooting in La Loche, Sask.

"This is the Manitoba La Loche except the shooter is society, how we withhold services that our communities need."