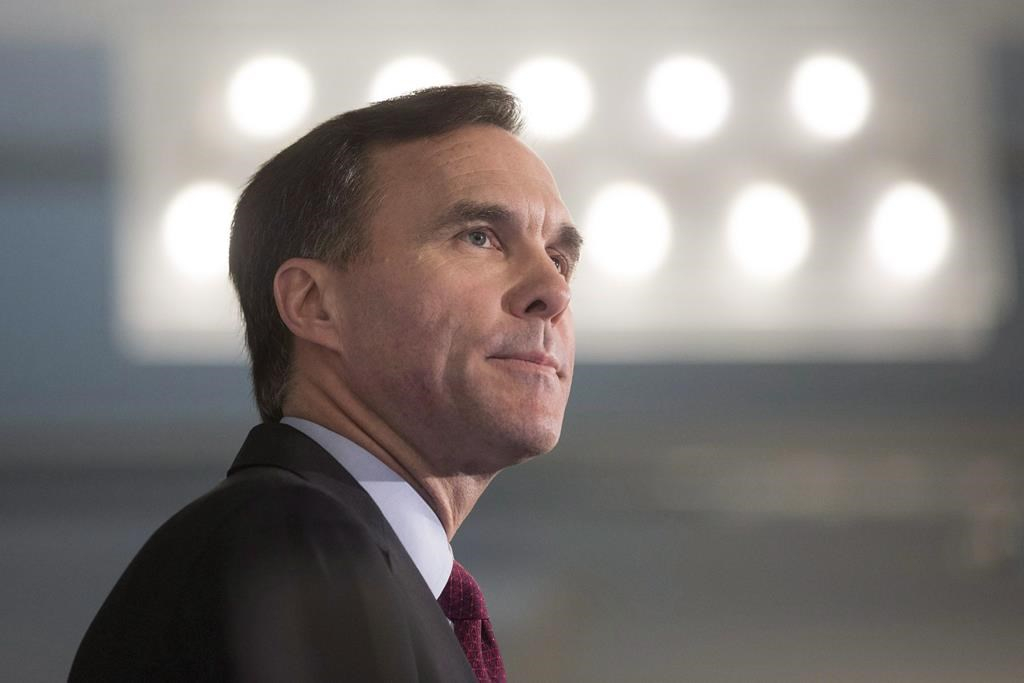 A Liberal−dominated parliamentary committee is calling on the federal government to explore the concept of guaranteeing people a minimum income.

The finance committee tabled a pre−budget report Friday that pushes for a study and pilot project on basic income, which is seen as a way to lift people out of poverty.

The idea, which was not in the Liberal election platform, was among 56 recommendations in a document that encouraged the federal government to act on a broad range of subjects — from aboriginal issues to labour mobility to a national transit strategy.

The report was presented before Finance Minister Bill Morneau unveils the Liberals’ maiden budget on March 22. But it is unclear whether the suggestions will find their way into Morneau’s final fiscal plan.

The committee also urged the Liberals to refrain from making any changes to the existing federal taxation regime and other rules for small businesses. Those include professional businesses, the documents noted.

The recommendation appears to be at odds with the prime minister’s controversial position on the issue.

Trudeau was criticized by lobby groups and political opponents for suggesting that some of the wealthiest Canadians, such as doctors and lawyers, used small business tax rates to lower their own tax bills.

The House of Commons finance committee heard pre−budget suggestions from 92 witnesses last month and received another 175 written submissions from individuals and groups.

The report highlighted arguments made by two individuals as well as the Canadian Association of Social Workers on the issue of basic income.

The idea of introducing a guaranteed minimum income has been attracting more and more attention.

Two years ago, the federal Liberals passed a non−binding resolution at its policy convention to work with provinces and territories to design and implement basic annual income.

Eggleton said efforts to address poverty have failed and argues that existing programs have only entrapped people.

In Manitoba, the provincial Liberals have promised to assess the impacts of basic income in two communities if they win next month’s election.

A project in Dauphin, Man., in the 1970s found an assured income actually lowered the number of hospital visits and improved the overall health of residents.

Guaranteed income is also on the radar of Social Development Minister Jean−Yves Duclos, an economist who studied the issue as an academic.

"Mr. Duclos follows the evolution of the basic−income issue, but at the moment the minister’s priorities are found in his mandate letter," said Duclos’s spokesman Mathieu Filion.

On Friday, opposition parties also voiced their pre−budget opinions and recommendations in supplementary letters that accompanied the report.

The Conservatives pointed to the government’s recent acknowledgment it would no longer live up to its vow to cap annual deficits at $10 billion — and that shortfalls could reach as high as $30 billion. Ottawa has also cast doubt on its ability to fulfil its pledge to balance the books in four years.

The Liberals have argued the fiscal situation has declined significantly since the October election and that the bigger shortfalls are necessary to invest in economy−boosting measures such as infrastructure.

"Should their plans fail to produce substantially higher rates of economic growth, this borrowing will inevitably have to be repaid through higher taxes or cut−backs to government services," the Tory letter warned.

The NDP expressed concerns in its letter that the interests of the most vulnerable — including indigenous peoples and low−income Canadians — would be brushed aside by Liberal policies.