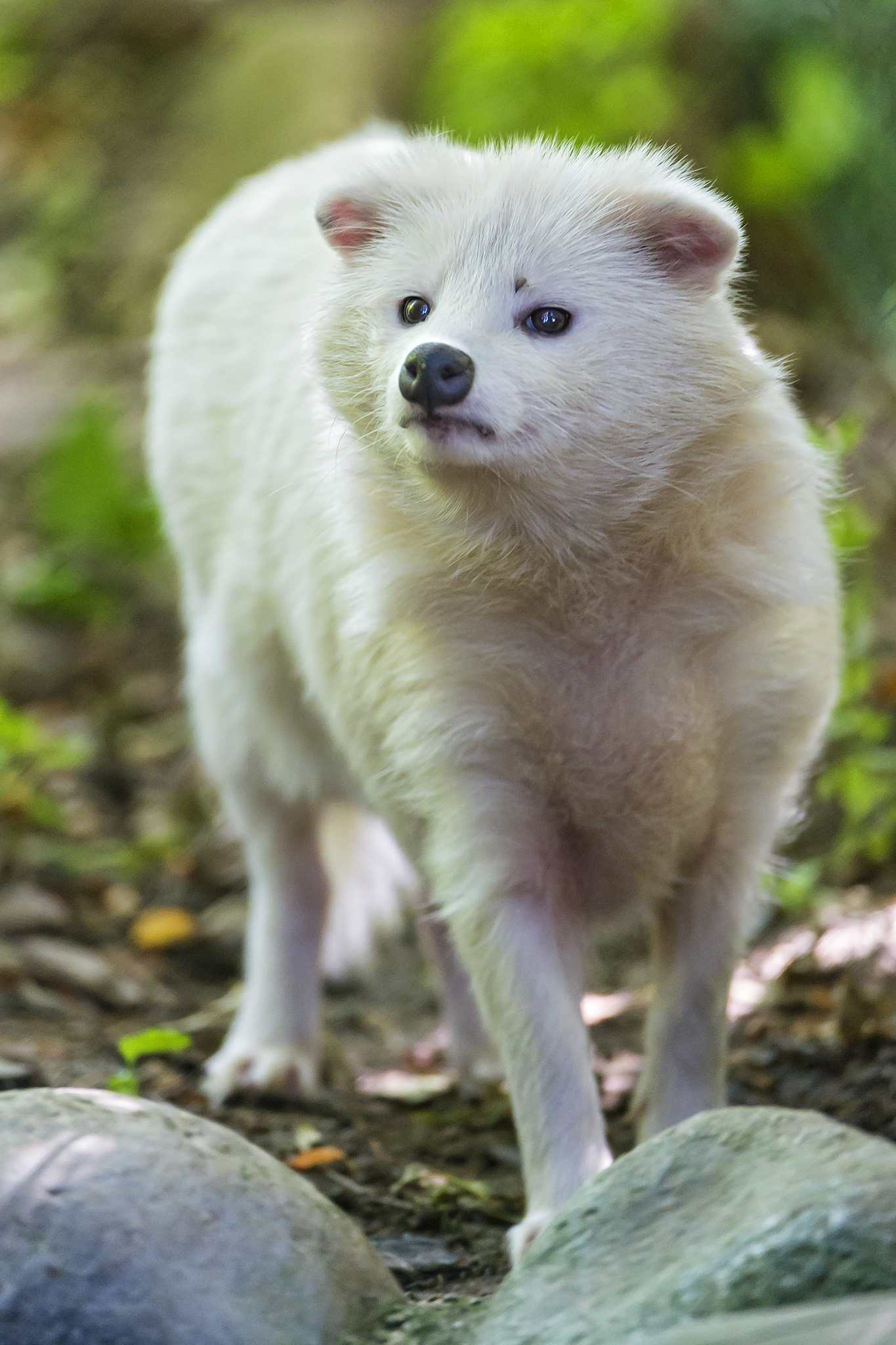 Last year, National Observer caught Kit and Ace deceiving customers about the raccoon dog (pictured above) fur used in a number of its products. Photo by Tambako the Jaguar, Creative Commons.
Previous story
Next story

Following an investigation last year by National Observer that caught Kit and Ace giving inaccurate information about raccoon dog fur found in one of its products, a leaked email suggests the Canadian luxury retailer may be going fur-free.

The email, sent by a company staffer to a member of the public and shared with National Observer, states that the company will “no longer be utilizing any kind of fur or animal product” on any of its clothing moving forward, acknowledging the controversial nature of the use of fur.

It is unclear whether this statement applies to its signature product, Technical Cashmere, which is made from a fibre obtained from goats, but it suggests that the company no longer intends to manufacture the infamous raccoon dog pompom that topped its Berkeley Toque last year:

In November 2015, a National Observer investigation found Kit and Ace using raccoon dog — a member of the canine family often labelled as ‘Asiatic raccoon’ on clothing — on several of its hats, yet insisting upon public inquiry that the fur is exclusively raccoon.

At the time, leaked company emails further found an apparent attempt to silence staff concerns about the use of raccoon dog fur in Kit and Ace products, and to keep customers in the dark about the animal’s membership to the canine family.

Silence from Kit and Ace

When asked by National Observer on Thursday whether the company intended to cease the use of fur in its products, Kit and Ace replied via email:

“We have not released an update and have no context nor comment at this time.”

When the scandal was spread by media outlets across the country, including The Vancouver Sun, CBC, Metro Vancouver, CTV, Huffington Post and Maclean’s, Kit and Ace assured customers that the allegations were being taken seriously, and the results of an internal investigation would be available through its customer service agents at [email protected].

When National Observer asked for the results from that address however, it was redirected to the company press line. Requests for more information were also ignored on social media, and the Kit and Ace staff member who sent the email promising an end to animal products could not be reached for comment on the day of publication.

Perhaps the company would prefer to deal with the fur-free transition quietly, said Lesley Fox of the Association for the Protection of Fur-Bearing Animals (APFA), or perhaps it hopes to avoid giving “victory” to animal rights groups by making a public statement about it.

Either way she is thrilled by the possibility that a high-end Canadian retailer may be taking a stand against the use of fur.

“We are so excited about the possibility of Kit and Ace making a statement,” said Fox, adding that if the staff email turns out to be true, she will personally deliver a flower arrangement to Kit and Ace’s headquarters in Vancouver.

“Even if they don’t formally announce that they are going fur-free – they are still making a statement.”

The sentiments were echoed by the Vancouver Humane Society, which followed the furry fiasco as it unfolded in late 2015.

“After the controversy that took place last year over the fur pompom on one of their hats, we’d hoped they might make some moves in that direction,” said Peter Fricker, projects and communications director for the society. “Obviously we’d be really pleased if in fact the company was going to go fur-free.”

There has never been a better time in history to make that transition, Fox added, as awareness of the anti-fur movement has never been higher in Canada.

A perfect time to go fur-free

As of Feb. 26, Bill C-246, also known as the Modernizing Animal Protections Act, has been sweeping through the House of Commons in Ottawa, awaiting federal government approval. If approved, the bill would close loopholes in the country's current animal cruelty provisions.

Further east, the value of fur-farmed mink is plummeting, and according to a CBC report featuring Matt Moses, a Nova Scotia fur farmer and member of the Nova Scotia Mink Breeders Association, many mink farmers are reporting a net loss of more than $20 on each mink pelt sold at auction.

In 2014, Nova Scotia shelled out $9 million in provincial disaster assistance to local fur farmers, the news outlet published, as 93 out of 96 producers applied for assistance from a commodity price collapse of more than 30 per cent.

“The market fluctuates and fashion comes and goes, but I’ve never seen so many things line up at the same time,” Fox explained. “The market is not only suffering, but companies are making all these statements as well.”

The Association for the Protection of Fur-Bearing Animals recently teamed up with the animal-friendly cosmetics retailer Lush, to launch a Make Fur History campaign with partners in Hong Kong. China is generally considered a hotbed for animal cruelty in the fur trade, particularly with regards to cats and dogs.

All the news is good news, Fricker confirmed, adding that it’s important to treat the Kit and Ace email with a grain of salt. He is “disappointed” that the company would not confirm its fur-free transition, or release the results of its internal investigation as promised.

“It would be very disturbing if the company is saying one thing privately to people who make inquiries about the fur issue and then something else when the media contact them for their position,” he told National Observer. “That would be very misleading.”