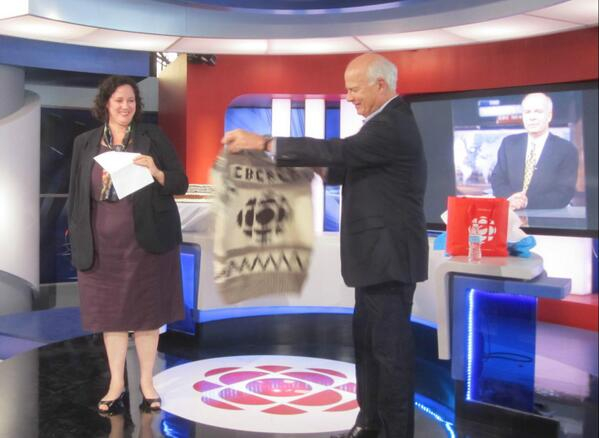 The CBC announced Thursday that it will no longer allow readers to use pseudonyms online in their comments on its stories - and it’s sparked debate on…well, the comments section of the story.

Jennifer McGuire, CBC’s general manager and editor in chief, said that the change is “in the interests of encouraging civil conversation.”

But the comments section seemed to indicate otherwise.

“I guess the Elephant Rock wasn’t the only thing that caved this week,” one individual wrote, in reference to the New Brunswick natural landmark that collapsed from ocean tides.

A number of people believe the public broadcaster is interfering with freedom of speech.

“I love the idea of a government funded news media outfit that has no respect for Canadian's right to both free speech and privacy,” sniped one reader.

"Why don't you worry about delivering honest, unbiased journalism instead of trying to protect me from possibly having my feelings hurt.”

Another called it a “sad day for free speech, killed by a small vocal minority.”

But others wondered how having to show their real names restricted freedom of speech.

“If by censorship you mean weeding out the hateful remarks in both languages, I'm all for it,” remarked reader Charles Damery, who pointed out that he’s used his real name in the comments section of stories since he signed onto the CBC site eight years ago.

The broadcaster said the change comes after it heard from “a number of Canadians concerned about our commenting space, the use of pseudonyms, and some audience submissions that violated our guidelines around hate speech, particularly with respect to the francophone community in New Brunswick.”

Writing in a blog, McGuire said those audience comments should never have been published and should have been caught and screened out during the moderation process.

She noted that a million comments are reviewed every month “and on occasion, errors occur.”

Calling online commenting a “challenging issue,” McGuire noted that while the CBC wants to ensure Canadians have a place to engage with the broadcaster and each other, but “as anyone who has been on the internet knows, sometimes online comments offer more heat than light.”

CBC has been reviewing its commenting policies over the last few months, including the current practice of allowing the use of pseudonyms. The broadcaster said the change is coming over time to ensure a smooth transition.

In November 2015, McGuire announced that they were temporarily suspending comments on stories about First Nations people after comments appeared that were “clearly hateful and vitriolic.”

At the time, McGuire noted that many publishers, including some newspaper sites in Canada have shut down their comments sections.