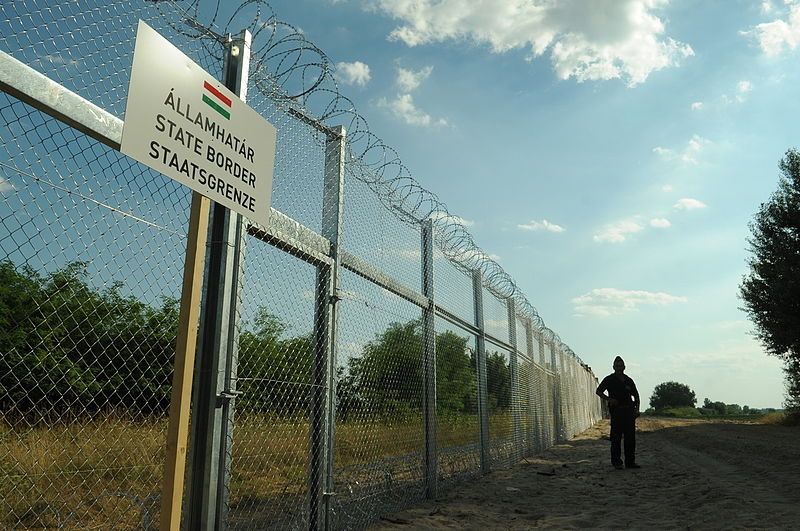 What the hell is going on in Europe?

These days this is an entirely legitimate question.

Daily images of cold, despairing and, in some cases, increasingly angry asylum seekers have become the norm, bottlenecked in Athens, at the Greek-Macedonian border, in the aptly-named Jungle of Calais, and elsewhere across the continent.

These are not images that usually emerge from civilized, sophisticated Europe.

A few days ago, a large group of refugees, helped by well-meaning—though arguably misguided—volunteers, crossed over from Greece into Macedonia under harrowing conditions. Some were killed. Most others were forcibly detained by the military and sent back to Greece without any semblance of due process.

Video footage flooded the media throughout Europe. It looked like a scene from a war zone.

Thankfully, attention quickly shifted to Angelina Jolie’s visit to the Greek island of Lesbos as a UN representative amidst the worsening humanitarian catastrophe.

In the worst refugee crisis since the Second World War, thousands already on European soil have been left stranded in international legal limbo. Millions more languish in refugee camps in Turkey, Jordan, and Lebanon.

The current situation can only be described as a massive failure by the West.

Conditions in makeshift camps along the Macedonian border and in Calais are nothing short of deplorable. They resemble nothing of the minimum standards for treatment of asylum seekers established by the UN High Commission for Refugees, whose advocacy efforts have largely fallen on deaf ears in the halls of European power brokers.

The asylum seekers are vulnerable, incredibly desperate, and willing to risk everything for the simple things we take for granted—security, opportunity, a chance at a decent life.

And contrary to the oft-repeated line that the migrants are mostly young opportunist men, the majority of arrivals this year have actually been women and children, with the latter forming a full forty percent of the total. There are plenty of babies and pregnant women in their midst.

Europe closes its doors to refugees

But the richest countries in Europe have now slammed the door shut. Borders have been closed. Hungary literally built a wall along its border three-and-a-half metres high.

Talks are now underway in the EU to collectively “readmit” people—code for deportation back to Turkey, somehow deemed a “safe” country—and the agreement will likely come into force in the coming days.

This despite the fact that human rights group Amnesty International notes that Turkey routinely abuses human rights and violates international law, including in dealings with asylum seekers.

Nonetheless, Turkey will effectively be bribed by the EU—when it is all added up the bill will be a cool 6 billion euros or more than 9 billion Canadian dollars—to take back unwanted arrivals seeking safety on European shores.

Turkey has also secured in the deal the promise of accelerated EU membership talks and streamlined, visa-free travel for its own citizens to EU countries.

Beyond the issue of whether or not Turkey is a safe country, there is also the larger question of deciding asylum applications collectively based on the nation of origin.

So, for instance, if a person is Pakistani arriving in Europe, he or she will almost certainly be sent back, despite the fact that the person may have a legitimate claim, given that we know that human rights abuses do occur in Pakistan.

This is the same situation that thousands of other nationals flooding into Europe are facing who don't come from“preferred” countries—namely Syria and Iraq.

That this is likely illegal under international law hardly seems to bother the EU politicians or an increasingly fearful public.

But it should bother Europe. The laws currently in place to purportedly protect vulnerable stateless people fleeing from war and persecution were put in place following WWII and the horrors it entailed. Now that is forgotten while the dispossessed sit cold and increasingly desperate all over the continent.

And it should bother Canada, too. Yes, we have accepted 25,000. But there are literally millions more—11 million are displaced by the Syrian conflict alone, never mind Iraq, Afghanistan, and a host of other nations that remain war-torn or unsafe around the world—on the run seeking a better life.

They are not asking for much. Just a chance.

Unfortunately for far too many of these people, hopes of a better life are being dashed, even as we stand by.